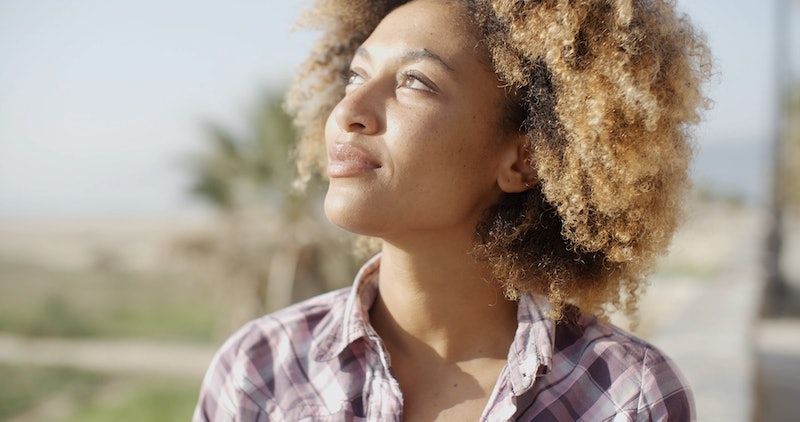 The pursuit of happiness is a storied concept, with many of us first hearing the phrase in elementary school in reference to the Constitution. Happiness is arguably the ultimate underlying theme of everything a person desires, but often the path to fulfillment is not so linear. And now, it seems, research has found that pursuing happiness may actually make someone less happy. This finding is part of the paradox unveiled in a new study about the desire for happiness and its effects on a person's perception of time.

Researchers at Rutgers University and the University of Toronto explored the concept of happiness and a person's view of it, to somewhat surprising results. During the studies, one group of subjects were instructed either to list things they believe would make them happier, or asked to attempt to make themselves happy while watching a dull movie about building bridges. The idea behind this setup is that it frames happiness as goal one aspires to achieve, rather than a static state of being. The participants in the second group grew to view happiness as a something they already accomplished by watching a slapstick comedy film (one more upbeat than the bridge program) or listing items that explain why they are already happy — in other words, not looking at happiness as a goal, like the first group did, but just a state they were already in. After the tests were complete, all subjects were asked to report how much free time they felt they had.

In effect, when subjects viewed happiness as a goal they sought to achieve, they displayed more anxiety about having limited time to achieve said goal. Conversely, when subjects did not view happiness as such a cut-and-dry thing they might not achieve — but rather as something they could already account for, as the slapstick comedy group did — they exhibited less anxiety about the passage of time.

The findings demonstrated that someone's perception of time scarcity may be related to their pursuit of happiness — an ultimate goal that is often unattainable. Participants who said they had attained their goal of being happy to some degree demonstrated lessened anxiety about restricted time.

Based on these findings, researchers say the so-called pursuit of happiness, or thinking of happiness as a "goal," may actually impair positive emotions. But this doesn't have to be the case. Rather, people should take time to acknowledge all the aspects in their lives that bring them joy. By acknowledging all of the different things that make you happy (for instance, by keeping a gratitude journal) you can relish in these joys, rather than taking them for granted. "Time seems to vanish amid the pursuit of happiness, but only when seen as a goal requiring continued pursuit. By encouraging people to worry less about pursuing happiness as a never-ending goal," researchers Aekyoung Kim and Sam Maglio explained. "Successful interventions might just end up giving them more time and, in turn, more happiness."

Scientist have spent years looking to come up with an answer to how one truly attains happiness. Despite the old sentiment that happiness cannot be bought, the emotion is routinely associated with financial success. A different study, published in the journal Nature Human Behavior, aimed to answer the age old question by looking at data from 1.7 million people from 164 different countries. It found that for an individual, the ideal income is $95,000 for life evaluation, while it is a lower $60,000 to $75,000 for emotional wellbeing. Further, the study found one's level of happiness actually decreases once this threshold is passed. This is something to keep in mind next time you find yourself lusting after a Kardashian lifestyle.

Sometimes it is hard to be grateful for the little things that bring joy to your life — particularly if you live in the United States where people are taught it is one's right to pursue happiness. But, rarely do you find things when you actively look for them. Try to take a step back and enjoy the little things. Science says it will do you good.