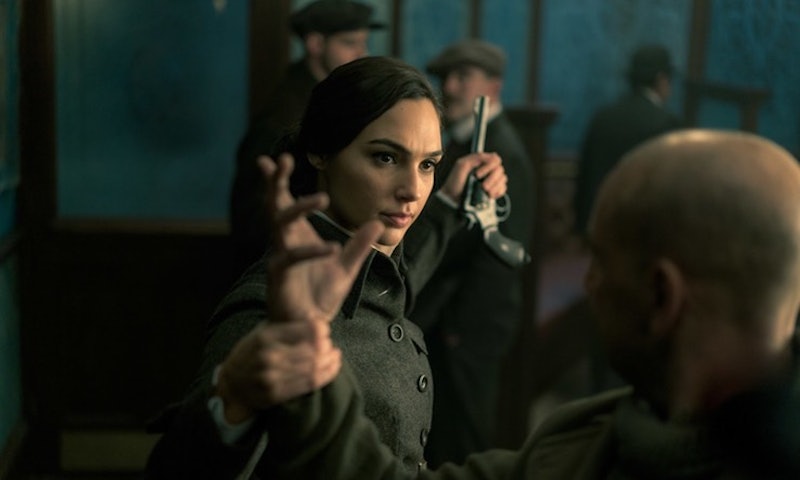 If you're struggling to fill your hours in the countdown to seeing Diana Prince on the silver screen, you should check out this trailer. Crafted by the brilliant minds at ScreenCrush, it gives us a world in which the Wonder Woman TV show starred the movie cast, and, honestly, the short shows just how good this intrepid cast of actors look in their roles, whether in 2017 or in 1975 when the television series began. Instead of Lynda Carter, we get Gal Gadot. But how have ScreenCrush pulled off this televisual feat?

With a little bit of editing magic, of course. According to Entertainment Weekly, they've spliced together the opening credits of the series with "footage from the new DC Extended Universe film." Presumably they've laid a filter over that footage though, to give it the blurry retro feel of '70s television.

Gadot has been criticized for her breasts being too small and for being too skinny to play the role, which is patently ridiculous. Especially since, as, as she's already pointed out "...if you want to be original to the story, the Amazons used to have only one breast, because it was in the way with the [bow and arrow]." But as this delicious one minute parallel universe opening credits confirm, the Fast & Furious star was born for this role and her appearance has nothing to do with her talent.

She doesn't need crazy special effects or IMAX-quality cuts to look exactly right for the part. She would have been just as strong as Carter was in the '70s, boasting the same mix of strength and grace as the Arizona native did on the small screen.

And Gadot isn't the only one who looks like a perfect fit when framed by the original opening credits. Is it me or does Chris Pine have a very '70s sort of good looks? He's got that same rugged golden boy quality of Robert Redford in All The President's Men or Clint Eastwood in Dirty Harry.

So if you were looking for a reason to head to the cinema as soon as possible to catch this movie, re-watch that trailer. With such perfect casting, it's hard to imagine the film will be a flop.