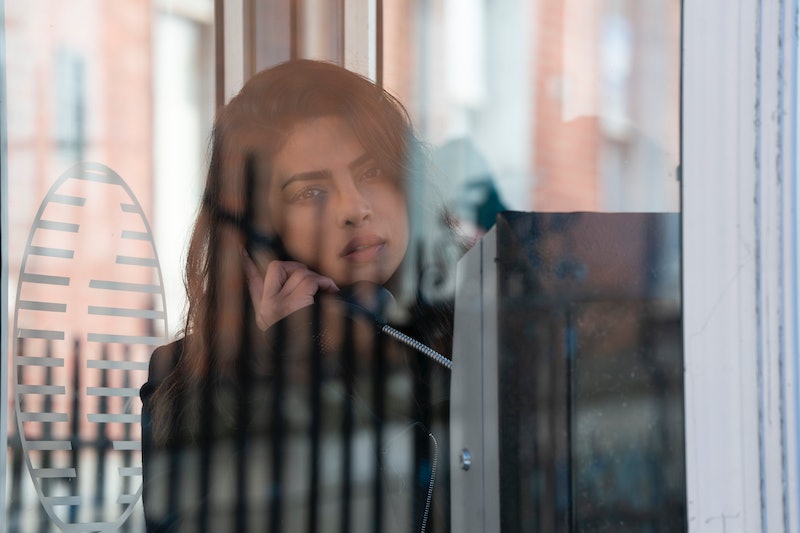 The latest season of Quantico is finishing up its final episodes, with the finale airing Friday, Aug. 3. Fingers crossed that every bit of international intrigue is wrapped up and the final back is stabbed. Unfortunately, Quantico is cancelled and will not return, per Deadline, though the cast and creatives have more than one fun project on the horizon.

No, there will be no Quart-ico, the third season of Quantico will be its last. The series cancellation was announced in May, and hopefully the finale will be satisfying as a conclusion. It's hard to believe that this show, which premiered in 2015, has only had three seasons total, despite its high-profile debut. The third season brought a lot of changes, both in story and cast, but it's still sad to see these FBI recruits go.

Production has been finished for quite a while, so what is the cast up to now? Some actors, who left or were killed off in earlier seasons, have already started popping up elsewhere. Graham Rogers, for example, has been in everything from Ray Donovan to Atypical and a new Chuck Lorre comedy. Aunjanue Ellis was in Designated Survivor. Jay Armstrong Johnson, who pops up occasionally, played Raoul in Phantom of the Opera on Broadway, and Tate Ellington was on Shameless.

The first two seasons of Quantico are available to stream on Netflix, and the third will presumably follow suit. Until then, here are some other places you can find the Quantico cast now that the series is over.

Following the show's cancellation and just months after first stepping out with her possible Nick Jonas the Quantico star reportedly got engaged this past week and is now married.

Outside of celeb news, Chopra can be seen in an upcoming meta-romantic comedy titled Isn't It Romantic alongside a couple of Aussies you may recognize (Liam Hemsworth and Rebel Wilson), Adam Devine, and your GLOW favorite, Emmy nominee Betty Gilpin. She's also starring in Bharat, a Bollywood adaptation of the Korean film Ode To My Father.

The English actor has two interesting films coming up — one a romantic thriller titled Love Lies Bleeding, and the other is a Bill Condon adaptation of a Nicholas Searle novel titled The Good Liar. Tovey stars in The Good Liar alongside legendary performers Helen Mirren and Ian McKellen. He can also be found on the HBO series Years and Years, and will appear in Joe Mantello's 2020 Broadway production of Who's Afraid Of Virginia Woolf alongside Rupert Everett and Laurie Metcalf.

While the actor only joined Quantico for the final season, she is always a welcome addition to any series, whether it's The Magicians or old episodes of Switched At Birth and The West Wing. Next, you'll see Matlin on the big screen in Silent Knight.

As Sargent Ellison in The After Party, Underwood might remind you of his Quantico character, but other upcoming films like Juanita or Silent Voice may prove different. The Deep Impact star also recently joined Dear White People in Season 3, provided his voice to The Lion Guard, and has the Netflix series Madame C.J. Walker coming up in 2020.

While the show's creator exited the series after Season 2, fans might be interested to see what Safran — who also brought us Gossip Girl and Smash — has in the works. His new musical series Mixtape will air on Netflix. According to Variety, Mixtape can be described as "a romantic musical drama that looks at the love stories connecting a diverse, disparate group of people in contemporary Los Angeles through the music that lives inside their hearts and minds."

Meanwhile, the Season 3 showrunner Michael Seitzman is moving on to a television adaptation of John Grisham's The Rainmaker. Hopefully the other stars of Quantico, such as Jake McLaughlin and Johanna Brady, will have something exciting lined up as well. It makes the goodbye just a little less bitter.