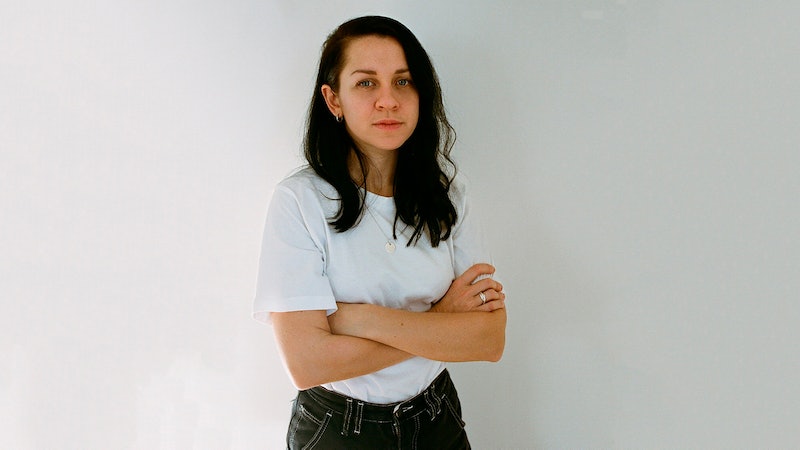 Queer culture is becoming pretty mainstream in the West. From the popularity of shows like Ru Paul’s Drag Race to everyone on Twitter proclaiming “YAAS queen” or adding “spilling the tea” to their vocabulary, the influence of the LGBTQ+ community can be felt in many aspects of modern life. Yet the sad truth is that most people —especially straight people — are unaware of where these sayings came from, or the stories and histories of the queer community. However, journalist and author Amelia Abraham's new book Queer Intentions is here to tackle that problem, taking readers on a journey of exploration through queer culture.

Queer Intentions essentially works as an A-Z of some of the main cultural topics now surrounding the LGBTQ+ community, and Abraham investigates the history of each letter in that acronym with body and breadth. I caught up with the author to chat about her personal intentions behind the book, what readers can take away from it, and whether she thinks positive changes are happening for the LGBTQ+ community.

The book starts in the midst of Abraham's crushing and honestly detailed break-up, before being sectioned into chapters that each examine different avenues of LGBTQ+ history through fresh insights and thoughtful interviews. Abraham explores everything from the closure of gay clubs in the UK to how drag culture became mainstream to the commodification of Pride events, but she also speaks about some personal experiences she has had. For her, this book was about the “personal and political”. She continues:

“I kind of grew up in a time where there wasn't much lesbian visibility. I didn’t really have access to a lot of those kinds of stories. I would watch indie films in my bedroom, or I might see a lesbian kiss in a soap opera. There wasn’t Kristen Stewart and Cara Delevingne, and gay rappers ... It felt important to talk about my own relationships and experiences, because you can’t complain about there being a lack of lesbian visibility and stories and not really take the opportunity to kind of contribute to it and share your own.”

Queer Intentions covers a lot of ground that will be familiar to the LGBTQ+ community already, but it breathes new life into the conversations you see online, using in-depth sources and theories, as well as personal anecdotes, to place topics in a new, concise context. “There are a lot of great academic books on this topic and there are also a lot of great gay history books, but there didn’t really feel like something personal or contemporary or accessible on the topic of LGBT culture today," Abraham says. “I really wanted LGBT people to feel something new when they read it. That’s first and foremost who this book is for.”

And even for someone like Abraham, whose distinguished career involves writing and documenting LGBTQ+ culture and history, this book proved to be a learning opportunity for her too. “Serbia was a place where I really learned a great deal,” she says in regards to one of the chapters exploring queer culture in Eastern Europe. “People think ‘oh Europe is so progressive’ but actually there are places in Eastern Europe where it's really really horrific to be gay and a large proportion of people in Serbia in the general public still consider homosexuality to be a disease.” She tells me about their Pride march and how it’s made up of people concealing their identity behind hats and glasses for their own safety. “It was really humbling and eye-opening about how far some places in Europe have to go.”

“One of the main themes of the book is: who does equality extend to? I think that we do have a long way to go because equality isn’t equality unless it includes everyone. And at the moment it still doesn't.”

Abraham then talks about something she terms “performative progressiveness.” Although we now occasionally see transgender models on the front of glossy magazines, which is important for visibility, she explains, “we still have so much violence particularly towards trans people in countries we consider to be progressive like America and the UK ... I think the next 10 years has to be closing these gaps and looking at these disconnects between surface level acceptance and actual acceptance.”

In Queer Intentions, Abraham asks her interviewees what utopia looks like for them, but what would her utopia look like? “Personally, for me, utopia is feeling safe, I'm extremely privileged, I suppose I do feel safe” she ponders. “Being queer is constantly questioning what utopia looks like on a personal level and a more social level. It’s about thinking — how can I make a 'utopia' possible for all LGBT people.”

This is by no means a book that expects you to already understand the ins and outs of queer culture, it doesn’t shame the reader for not knowing was cisgender means or the exact date same-sex marriage was legalised. For the queer community, it's a wonderful way to brush up on and add to existing knowledge. For LGBTQ+ allies, it can begin the journey of exploration into topics they may not be familiar with. It’s funny, it’s sad, it’s reassuring, and, above all, Queer Intentions proclaims with vigour that the work isn’t done yet.

Queer Intentions is available on Amazon

More like this
Gen Z Are Twice As Likely To Identify As Queer, According To New Data
By Sam Ramsden
What The UK Blocking Scotland’s Gender Recognition Bill Means
By Sam Ramsden
The UK Government Is *Finally* Banning Conversion Therapy
By Sophie McEvoy
Adam Lambert Called Out The George Michael Biopic Over Potential Casting
By Sam Ramsden
Get The Very Best Of Bustle/UK
Sign up for Bustle UK's twice-weekly newsletter, featuring the latest must-watch TV, moving personal stories, and expert advice on the hottest viral buys.