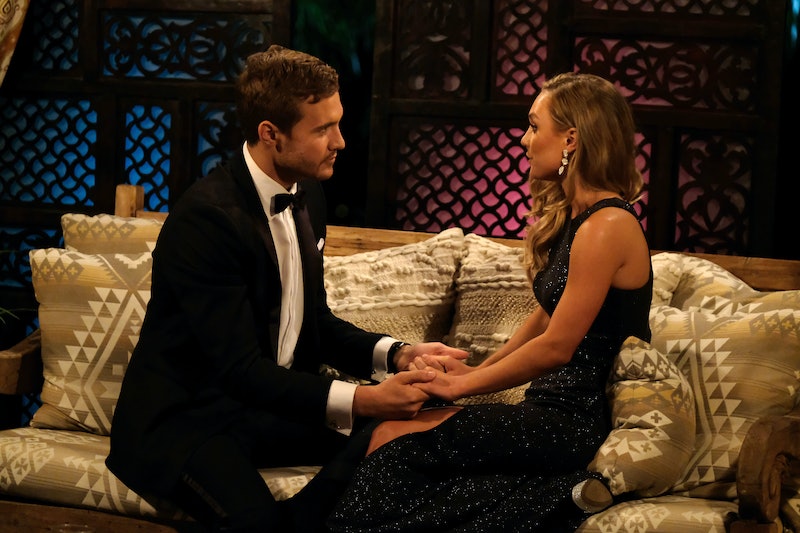 What if there was a dating show that existed that gave audiences the power to decide who should or shouldn't be together. Quibi's new series The Hot Drop seeks to explore that concept by incorporating an interactive approach to the traditional reality dating genre. On this show, viewers are the matchmakers and will be the ones who ultimately choose who would be an ideal fit.

Here's how it works: each week Quibi will choose "one of the most desirable and eligible singles in America" to feature. After that, fans can use the Quibi app to submit videos of themselves in the hopes of being chosen to go on a date with this "desirable and eligible" person. Quibi will select the top three candidates later in the week, but leave the final choice up to the Quibi community, allowing viewers to choose which of the three people selected will actually get to go on the date. Once chosen, fans will then get to sit back, relax, and enjoy watching the crowd-sourced duo meet for the first time and begin their magical evening together.

This means that there will be three episodes total per week. On Mondays, the attractive single is presented to the public; on Wednesdays, the top three choices are revealed; and on Fridays, the finalist goes on the date. However, the real suspense will take place later that evening when the duo must make a very important decision: do they continue to date off the app or opt to remain single?

It's an interesting concept to give viewers so much power in the decision making process. It's something many Bachelor fans probably wish they were able to do when they feel as though the main star isn't making the right decision. With The Hot Drop, that won't be a concern, but what's probably the most exciting aspect of the series isn't the fan power, but rather that its goal is to be an all inclusive experience. According to the press release provided to Bustle, the show will seek to reflect the millennial generation by celebrating all genders and sexual preferences. So even if a straight, white man is chosen as the eligible bachelor one week, this won't be the norm week to week.

The Hot Drop doesn't have a premiere date yet, but when it does finally arrive, the dating reality show genre will never be the same.