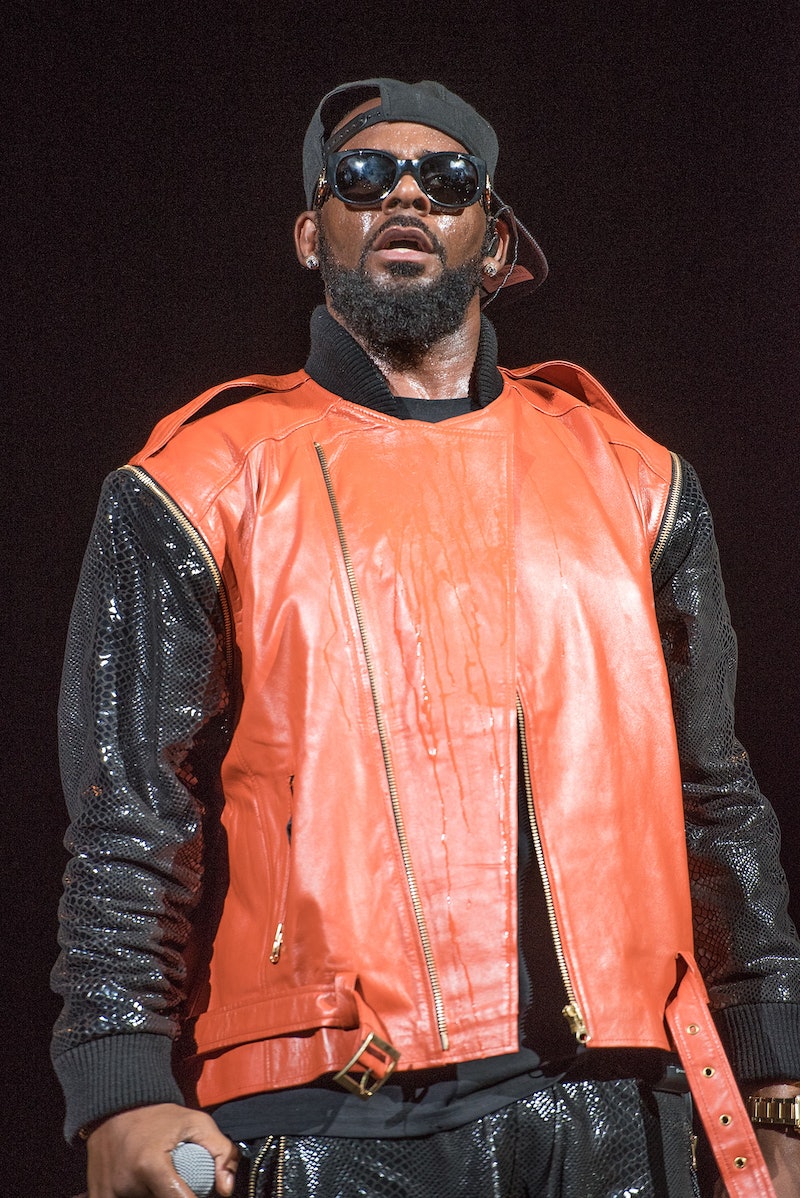 On Monday, shocking allegations came out via a BuzzFeed report that R. Kelly is allegedly holding women against their will in his homes in Chicago and Atlanta. According to parents of two of the women reportedly living with the singer, Kelly allegedly invited them to move in under the guise of helping them with their music, but allegedly tries to control every aspect of their lives once they're under his roof. Although his lawyer issued a statement that appeared in the original report, now, R. Kelly has responded to the allegations, again through this lawyer, and is continuing to maintain his innocence.

“Mr. Robert Kelly is both alarmed and disturbed at the recent revelations attributed to him. Mr. Kelly unequivocally denies such allegations and will work diligently and forcibly to pursue his accusers and clear his name.”

In the BuzzFeed report, former members of Kelly's inner circle claimed that there are six women currently living in his homes, and that he allegedly has full control over what they eat, wear, and who they are in communication with via a cell phone he has issued to them. Allegedly, the women are required to wear tracksuits so they do not attract any attention from men.

Although the parents of one of the women, identified as J. and Tim in the story, have had police perform welfare visits to Kelly's homes, they have reportedly been unable to reunite with their daughter, and have recently involved the FBI in their fight.

A spokesman from the Johns Creek Police Department told People of what happened when they went to Kelly's Atlanta home:

"The daughter was not there. In fact, no one was there. [J.] said she was being held against her will, but there were no signs of that. There was an open door at the home. We went in and secured the home, and that's it."

When the BuzzFeed report was published, it included the following statement from Mensch:

One woman, Joycelyn Savage, who reportedly is one of the daughters mentioned in the BuzzFeed article, gave a video interview to TMZ that was published on Monday night. In the video, she says she is "happy" and "not being brainwashed," but declined to answer some questions including giving her location. Her father, Tim, also gave a video statement to TMZ in which he claims that Joycelyn is not allowed to give her location and says, "Mr. R. Kelly, if you want to file a lawsuit, you should have filed it yesterday. I'm waiting on you." He adds, "Joycelyn, I'm praying for you, baby. I'm praying for you." Joycelyn's family also held a press conference on Monday.

Bustle has reached out to Kelly's rep for comment on these statements, but did not receive a response at the time of publication.