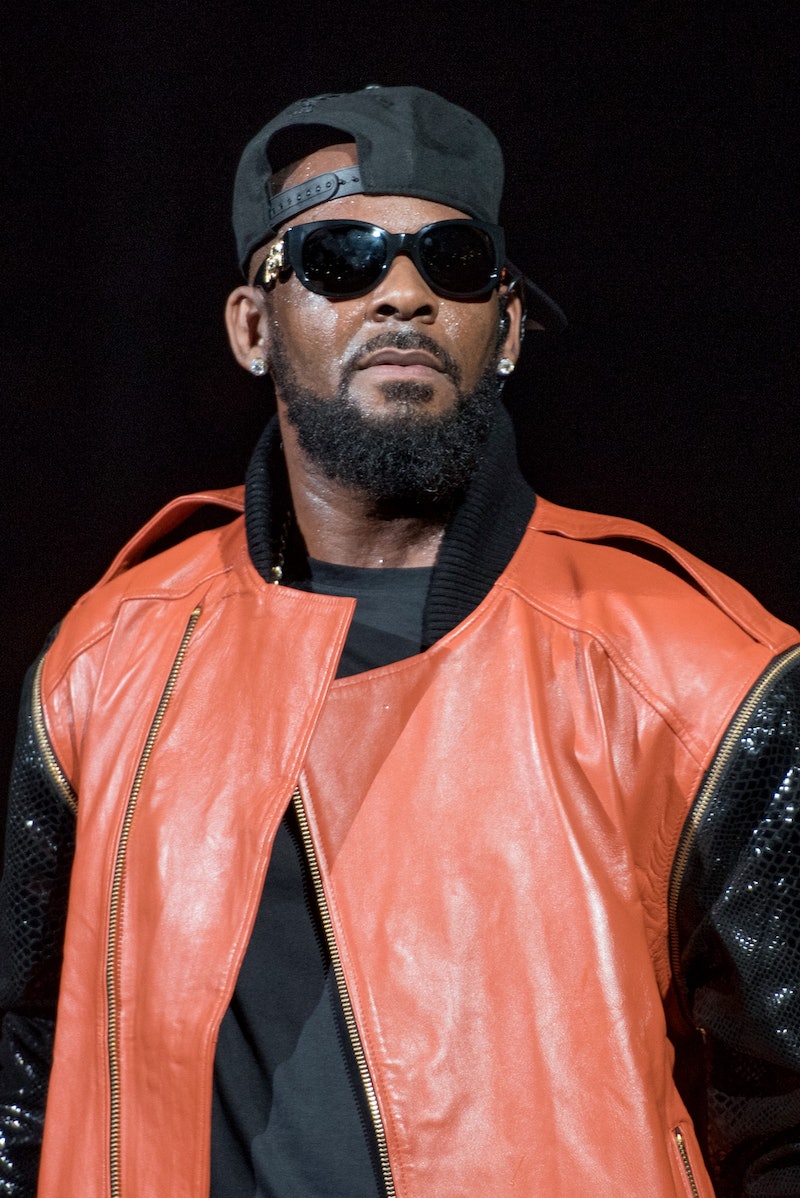 For the first time since the claims were publicly made that singer is holding women against their will in his homes, R. Kelly has responded to the "cult" allegations. TMZ shared a video Friday featuring the 50-year-old in which he defends himself and announces he is still going on tour. He says,

"I just want to let all of my fans out there know that despite all of the crap y’all hearing I will be coming to the east coast to do my show. And believe me, y’all, it’s a bunch of crap. All right, so I hope to see y'all there. I love y'all."

In July, BuzzFeed published a report about R. Kelly, which included interviews from women, who were once part of his inner circle, and parents of women who are now reportedly living with him in houses he owns in Chicago and Atlanta. The families of the women allege that the "Ignition" singer has lured women into his homes by promising to help them with their music careers and allegedly controls every aspect of their lives, including what they eat, what they wear, and who they communicate with. He also allegedly records the sexual activity he has with them. There are claims that six women are currently living with the musician.

Regarding the allegations, Kelly's lawyer, Linda Mensch, released the following statement to Bustle:

Parents of one woman, identified as J. and Tim in BuzzFeed's story, who have reportedly been unable to reunite with their daughter, who is allegedly being held by Kelly, said they have had police perform welfare visits to Kelly's homes. They have also gotten the FBI involved. A spokesman from the Johns Creek Police Department told People of what happened when they went to Kelly's Atlanta home:

"The daughter was not there. In fact, no one was there. [J.] said she was being held against her will, but there were no signs of that. There was an open door at the home. We went in and secured the home, and that's it."

On July 18, a woman named Joycelyn Savage, who one of the daughters mentioned in BuzzFeed's article, gave TMZ a video interview and said that she is "happy" and "not being brainwashed." She wouldn't give her location. Her father, Tim, also gave a video statement to TMZ and alleged that Savage is not allowed to give her location. "Mr. R. Kelly, if you want to file a lawsuit, you should have filed it yesterday. I'm waiting on you," he said. "Joycelyn, I'm praying for you, baby. I'm praying for you."

Bustle reached out to Kelly's rep for comment on these statements, but did not receive a response.