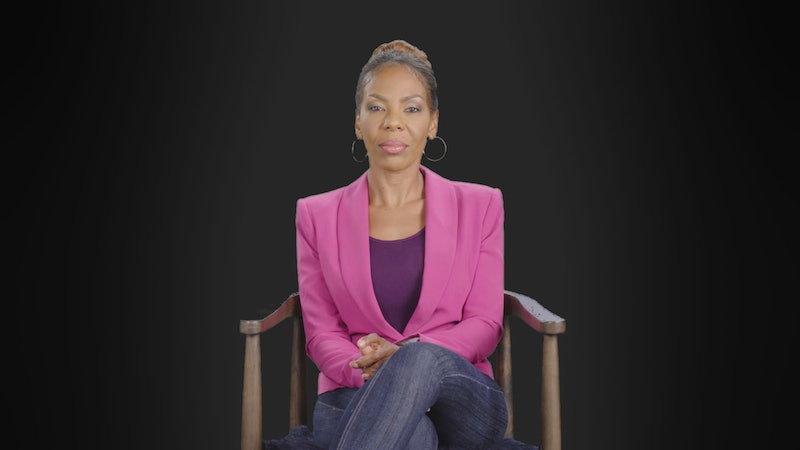 Lifetime's new documentary, Surviving R. Kelly, which debuted Thursday night, features 50 interviews with men and women who claim to have been victims of, or witnessed, the R&B singer's abuse, even including one who was once his wife. R. Kelly's former wife Andrea Kelly speaks out in the doc about her marriage, and it's not the first time she's talked about her alleged experiences with the performer. According to ABC News, Andrea Kelly is a professional dancer and choreographer who was married to Kelly for 13 years, from 1996 to 2009.

She told the hosts of The View earlier this year that her then-husband physically abused her during their relationship, including allegedly pushing his forearm into her neck and another time allegedly leaving her hog-tied on the bed while he left the house.

She told the hosts of the daytime talk show that she had decided to start speaking out about the alleged abuse after seeing another woman on TV describe troubling incidents she says were similar to ones she experienced herself. "You cannot not speak when someone's life and what they've been through is parallel to yours," Kelly, who also goes by "Drea," said in the same interview.

According to NPR, Kelly also told the show that her ex changed her cell phone number without her knowledge, in an alleged attempt to isolate her from her family and friends. The outlet also states that in 2005, Kelly filed for a restraining order, alleging that he hit her when she asked for a divorce. The View reported that it had asked R. Kelly's team for a response to Andrea Kelly's allegations, but they had no comment.

Per a piece by Shani Saxon for Rolling Stone, Kelly says her ex-husband was able to get away with so much "because he has people helping him." It's a statement Saxon writes is perhaps "the most profound revelation of Surviving R. Kelly." Kelly says in the doc that she began to question her judgement, thinking to herself that she needed to "take responsibility" for his actions, and get him back to the "good place," a common sentiment among domestic abuse survivors.

Kelly has previously said she's writing a book about her marriage. In 2012, she told Ebony magazine that it would be called Life Under The Red Carpet, and that it would be a kind of "self-help book for women about staying true to you" more than it would be a tell-all expose. But the book isn't easily found online, and it's unclear if she's still in the process of writing. She does have a video memoir available on her website to purchase, and a portion of the proceeds are donated to the National Coalition of Domestic Violence, and other domestic violence prevention organizations, the site says.

Surviving R. Kelly, which continues to air over multiple nights this week, might receive backlash from its subject. TMZ reports that R. Kelly has threatened to sue Lifetime if the network doesn't halt the airing of it. But the documentary went on as planned, and will continue to give these women a way to continue to tell their stories.