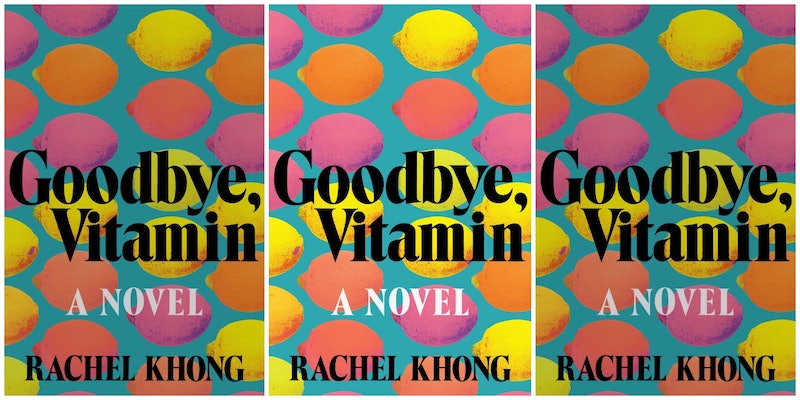 Rachel Khong's Goodbye, Vitamin begins perhaps exactly the way you might expect a novel about Alzheimer's disease to begin:

"Tonight a man found Dad's pants in a tree lit with Christmas lights. The stranger called and said, 'I have some pants? Belonging to Howard Young?'

'Well, shit', I said. I put the phone down to verify that Dad was home and had pants on. He was, and did."

But this is not a book about Alzheimer's, or at least, it's not only about Alzheimer's. It's about families; fathers and daughters, mothers and sons, wives and husbands. It's about memories; the way they can get muddled and twisted in our minds, what it means when we lose them. It's about growing up — finding your place in a world so changeable, sometimes cruel. It's about love — losing it, holding on to it, the different manifestations of it.

Goodbye, Vitamin follows 30-year-old sonographer Ruth Young, who is living in San Francisco. She has just broken up with her fiancé, Joel, in a way that is only comical because it didn't happen to you. She thinks they are packing up to move to a new place; instead Joel informs Rachel she is the only one leaving. He's staying in their apartment... and having his new girlfriend move in. Rachel had wondered why he had so fastidiously packed all of his belongings separately from hers.

It's that combination of hilarity and heartbreak that follow the reader throughout the novel, as Rachel returns to Los Angeles for Christmas with her parents, whom she hasn't visited in a while. Her father is displaying signs of dementia, and after years of drinking, cheating on his wife, and neglecting Rachel's younger brother, Linus, who is now off at college, the family dynamics are not what they once were. Rachel reluctantly agrees to stay the year, to help her mother get a handle on her father's illness.

Written as a series of vignettes (which we soon realize are Ruth's diaries entries, addressed to her father) that alternate between past and present, romance and family, career and friendship, we are thrust into a year that feels both timely and nostalgic. The world Khong creates and populates is so very "right now" and yet firmly of a time that is moving swiftly past — an era where social media and Netflix played less of a role in people's lives than stopping by to visit, sitting in the living room together and popping in a rented DVD.

This atmosphere is aided in large part by the inclusion of Howard's letters to Rachel, diary entries of his own, of their days together as she was growing up; these all before the family started to unravel, and before he started to forget it all:

"Today you asked me where metal comes from. You asked me what flavor are germs. You were distressed because your pair of gloves has gone missing. When I asked you for a description, you said: they are sort of shaped like my hands."

"Today, while I was trying to teach you to swim, you asked how deep the pool was. When I said four feet, you looked incredulous and said, 'Whose feet!' Today we went over to your mother's friend's house for dinner. We'd asked you to be polite, so you said, 'No more, please, it's horrible thank you."

"Today, after you lost a tooth, you cried that you looked like a pumpkin. Today I had to stop by the post office, and you looked around and said, aghast, 'This is errands?'

These reminiscences, of course, illustrate how wide the chasm in Rachel and Howard's relationship has grown, but they somehow keep the dread at bay, too. There is a quiet sweetness that tempers the overarching sadness present throughout the novel; hilarious comments that quiet the anger; new experiences that hide, for a moment, the feeling that something — maybe many things — are ending.

I am still grappling with this book, pulling it apart. I'm in awe at just how much these people, with all of their faults and flaws, were so recognizable to me, and so relatable. In under 200 pages, Khong manages to create vibrant characters dealing with the same things we all are: the comforts and discomforts of coming home again; reckoning with the people in our lives who aren't who they were, or at least, who we thought they were; grasping at the past and figuring out how it fits into our evolving lives.

At one point, Ruth thinks, “It doesn’t matter who remembers what, I guess, so long as somebody remembers something." And while it's tempting to scoff at an idea so simple, so optimistic (and you can even imagine Ruth rolling her eyes at herself, too) maybe that's all we really need, in the end.