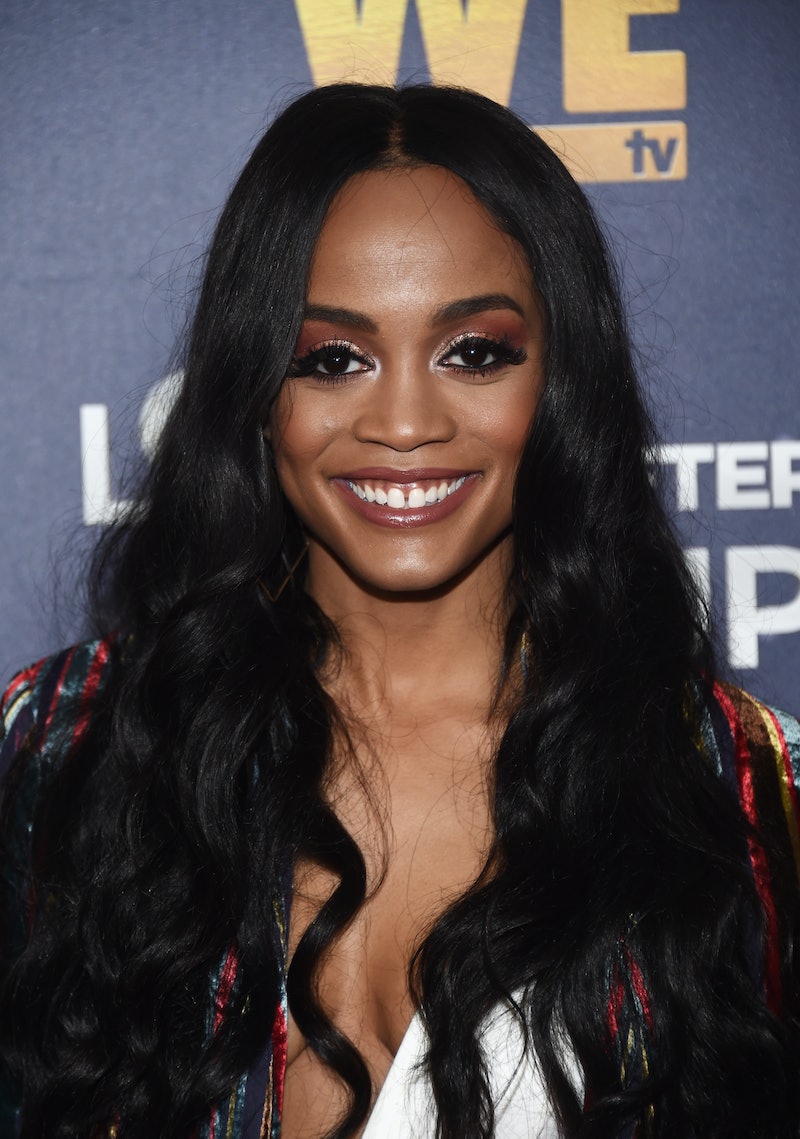 Fans of the franchise have been eagerly anticipating Rachel Lindsay and Bryan Abasolo's wedding ever since their 2017 season of The Bachelorette. The two got engaged during the finale, and now they're even closer to saying "I do." In an interview with Entertainment Tonight, Rachel Lindsay revealed she set a wedding date and picked out her dress.

"I am ready! I just announced on Instagram literally today that it is summer 2019 that we are getting married, the latter part of summer. I haven't announced the official date yet."

The former Bachelorette credits wedding planner Michael Russo for helping her lock in the major details. And overall, it sounds like hiring a wedding planner was a good move since she is having a bigger wedding than she originally expected. She told ET, "I wanted a 50 person wedding. We're already at 150!"

Rachel may be having a bigger wedding than she anticipated, but the same thing cannot be said her bridal party. She revealed, "I'm not going to have bridesmaids — maybe [just] my sisters." Then, she elaborated, "I'm 33, so at this point, I would have like, 15 bridesmaids, and it's just too much."

In a Jan. 28 Instagram post, Rachel shared a photo with her wedding planner and told her followers, "I cant wait to take you all along this journey and share details with you. Countdown to making RnB official." The wedding planner posted that same photo, declaring "We’re going to have a blast planning this #wedding doll! will take it easy on our #groom."

In that same Entertainment Tonight interview, Rachel confirmed that Randi Rahm is designing her wedding dress and that they actually have a very special history together.

Rachel explained, "She did the dress that I met the guys in the first night [and] she designed the dress that Bryan proposed to me in, so it only makes sense that that's who I go with to design my wedding dress that I'm walking down the aisle to Bryan in." That really does sound like the perfect choice.

Before hiring her wedding planner, Rachel thought that her wedding might be a televised event. Back in a December 2018 interview with Entertainment Tonight, Rachel said "We want to get married, but waiting is hard, and now that I realize it's not going to be on TV I actually have to start putting things in motion."

In that same interview she admitted, "I would love to get married the first half of 2019, and now I'm, like, condensing it all." Obviously, that timeline is not happening anymore, but waiting until summer 2019 just gives Rachel, Bryan, and their wedding planner more time to plan the perfect day.

Even though Rachel and Bryan's wedding will not be on TV, it sounds like it's really all for the best. They will get to do what they want on their own terms. Plus, they'll get some privacy, but hopefully they'll still share pictures and videos with fans from the big day.