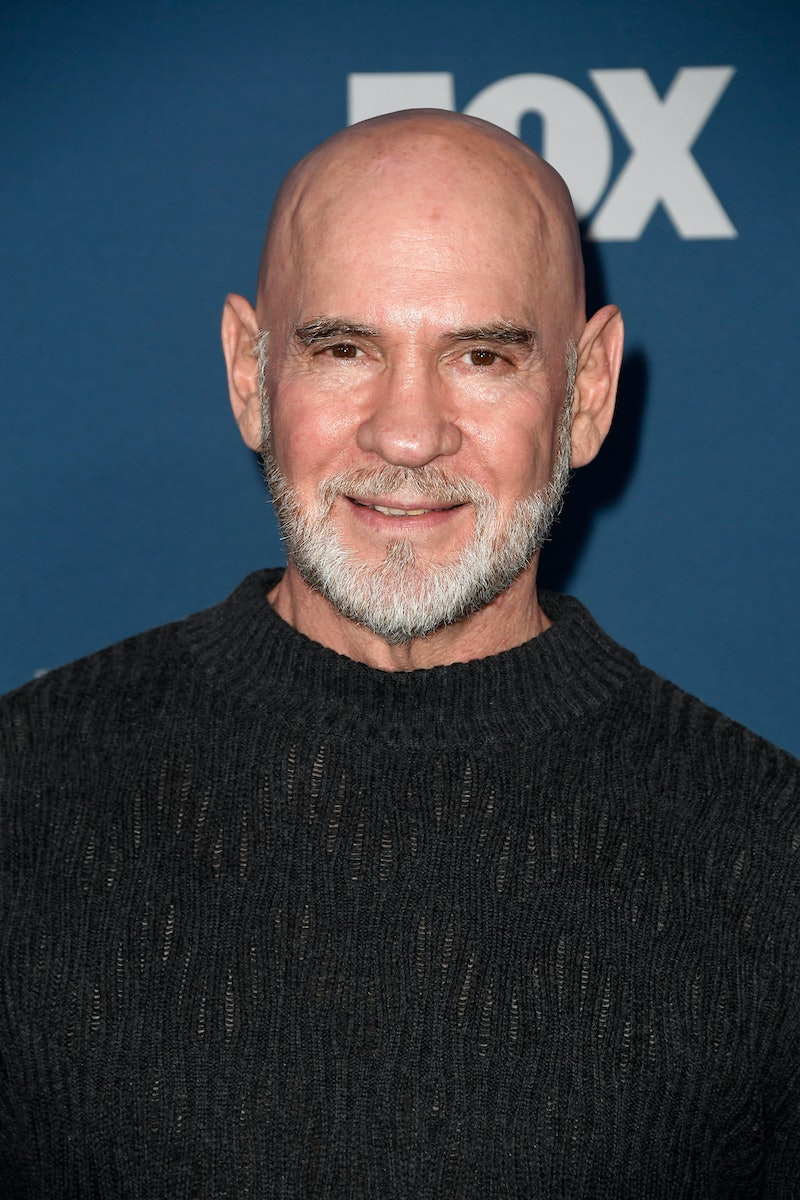 On of the major players in Supergirl Season 5 is Rama Khan (Mitch Pileggi), an ancient alien who is able to control the four elements: fire, water, earth, and air. In the comics, Rama Khan is one of the Justice League's most dangerous enemies. But Supergirl may reveal he's under the control of a far more sinister villain.

Described in the show as arrogant and willful, Supergirl's Rama Khan has been entrusted to use his powers to protect Earth from mankind for millions of years, but his agenda puts him at odds with Supergirl as well as Lena Luthor.

It's likely that Supergirl is remixing Rama Khan's origin story entirely, as this is a departure from how he appears in the comics. Rama Khan was first introduced in JLA (1997) issue #70 alongside the ancient Atlantean Gamemnae (set to be played by Cara Buono in Supergirl). Rama Khan rules over ancient Atlantis with Gamemnae, who somehow used magic to raise the city out of the sea. A skilled magician himself, Rama Khan is praised by the Atlanteans as a savior, a "gentleman king who traveled from Jarhanpur" to champion their cause. He's credited with creating the League of Ancients, a group of powerful meta-humans who he gathered together to protect Atlantis from "the Destroyers," a group of conquerers he saw in a vision.

This all sounds well and good, but as Martian Manhunter points out in the comics, it's all just propaganda. Rama Khan is not a kindly ruler but a rather cruel one who uses slaves to further build the Atlantean empire; at one point during an attack, Rama Khan says it's fine to deflect the fireballs towards the slums to protect the palace. (He's very Cersei Lannister.) Though he's hailed as a visionary for being able to see into the future, it's later revealed that all of Rama Khan's visions are simply planted by Gamemnae herself. Worse, "the Destroyers" that he claims are so dangerous are actually the Justice League members, traveling back in time to rescue Aquaman and the rest of the 21st century Atlanteans who accidentally got displaced there, and then imprisoned, by Gamemnae.

Rama Khan and the League of Ancients end up mercilessly killing the entire Justice League and displaying their dead bodies on spikes in front of the kingdom. (Don't worry, they get resurrected and end up winning by the end.) It's then that the true villain is revealed: Gamemnae herself, who Rama Khan just saw as his magical-but-weak love interest and co-ruler. The most noble member of the League of Ancients — Manitou Raven — realizes they made a terrible mistake in killing the Justice League, and confronts Gamemnae about it. That's when he learns Gamemnae literally absorbed Rama Khan's magic, and body, into her own.

It's a scary and brutal storyline, and one that will likely (and hopefully) play out very differently on Supergirl. So far, Manitou Raven and the rest of the Ancients have not been cast, meaning Rama Khan and Gamemnae may not make an appearance until the end of the season, as a set-up for a major Supergirl Season 6 plot line. Alternatively, it's possible Supergirl will just feature the two of them in a story that's different from the comics — perhaps they're summoned by Lena Luthor, and that's the revenge she's referring to. Either way, based on how poorly Superman fared against Rama Khan in the comics, it's likely that Kara is in for the fight of her life.