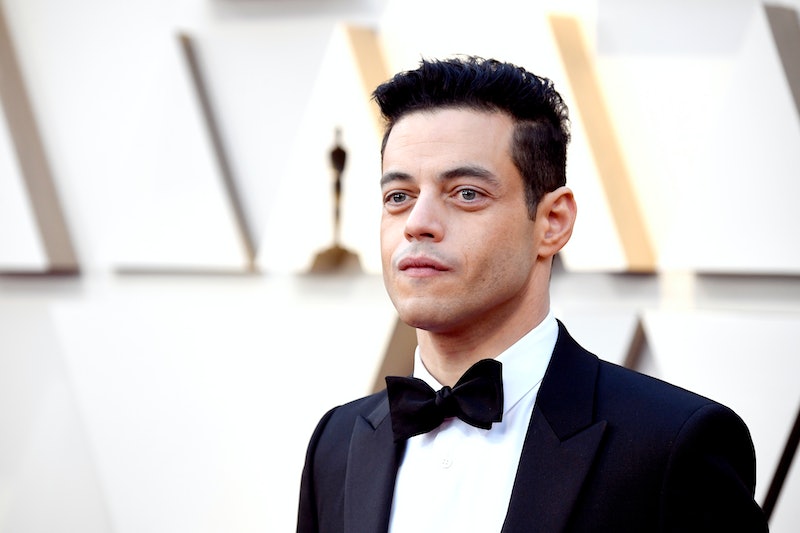 The Academy Awards is the biggest night for the film industry, where some of the most important people in the business get together to celebrate one another's achievements. And while watching the awards can be fun, surprising, and exciting, sometimes what goes on behind the scenes is really the most interesting. This year, viewers at home missed the moment when Rami Malek fell at the 2019 Oscars, and had to receive medical attention to make sure he was alright. Thankfully, his Oscar win and celebratory champaign seemed to cure his injuries.

On Feb. 24, the 91st annual Oscars took place in Los Angeles, and to no one's surprise, Malek won Best Actor for Bohemian Rhapsody. He previously won the same category for his work as Freddie Mercury at the Golden Globes and the Screen Actors Guild Awards, so this win was really a safe bet. Malek gave a touching speech in which he thanked his mother, his girlfriend Lucy Boynton, and of course Mercury himself, but later, when the cameras were off, he fell off the stage, Oscar in hand. (Chris Evans was unfortunately not around to help with Malek's misstep.)

According to a report from People, the Malek fell off the Oscars stage after everyone was out of their seats, soon after the show had ended. Based on the video, it looks like the actor wasn't watching his steps, and because there were so many various parts of the stage that jutted out at different lengths, he misjudged the edge and fell. From photos taken on the opposite side, it looks like he tried to brace himself while still handling his Oscar, and those around were quick to help out.

The video of the incident was originally posted by Michael Bearden, a musical producer, composer, and director. It's on his Instagram stories, where he was working backstage at the Oscars (he worked on arrangement and music at last year's Academy Awards as well, along with a ton of other award show credits).

On Bearden's story, it seems that paramedics quickly came over to check Malek out after his fall, just to make sure it wasn't serious. Malek later appeared in the press room, where he noted that he was one of the last people to leave the event, though he didn't acknowledge his tumble. And, luckily, he didn't show signs of injury, per People.

In his press room interview, he touched on how Bohemian Rhapsody might not have been universally liked amongst critics, but that he appreciate them and what film journalists do. "I will say this: I don’t think, critically, the decision on [Bohemian Rhapsody] was unanimous, but I appreciate everything you had to write," he said to kick off the interview. "As a kid, I read criticism of film and I learned so much from it. So no matter what, I still do very much appreciate you.”

He also went on to reflect on the amazing run he's had with this role. “The one thing I can say about this, as an actor, there are so many of us who dream of one thing. Perhaps it’s not this, it’s just getting a job,” he said. “The fact that I have this is beyond any expectation that myself or my family could have ever had. I’ll just say that."

Of course, there's no misstep a little bubbly can't cure, and Malek was due for a little celebration. Despite his fall, he seemed in good spirits backstage, when photos were snapped of him popping a champagne bottle, and it seems like a pretty ideal end to this awards season for the actor.