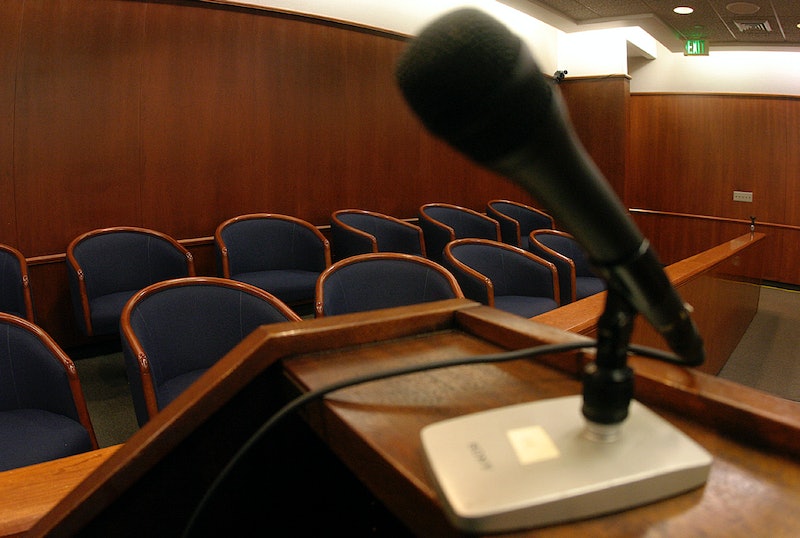 Coming forward with a sexual assault allegation is not easy. It's a course of action that involves different steps for different people who process pain differently. Since there is no one textbook way to come forward, it is subsequently unreasonable to exert pressure on the survivor who is already overcome with conflicted and painful memories. This reality, however, is lost on Louisiana's Orleans Parish district attorney Leon Cannizzaro, who said rape survivors would face jail if they didn't testify.

Rape survivors are all too familiar with Cannizzaro's kind of coercion. There is an undeniable amount of cultural pressure on them to report sexual assault and violence. This is accompanied by a lack of compassion and understanding concerning how many rape survivors have varying and complicated reasons for not coming forth to testify. Society often fails to realize that these reasons deserve to be heard, understood, and treated with sensitivity just like any other individual's experience with trauma and violence.

"If I have to put a victim of a crime in jail, for eight days, in order to [...] keep the rapist off of the street, for a period of years and to prevent him from raping or harming someone else, I'm going to do that," Cannizzaro said on WWL's Eyewitness Morning Show.

Cannizzaro's comments arrived one day after the watchdog group Court Watch NOLA issued a report criticizing the practice of incarcerating survivors and witnesses for refusing to testify. Executive director Simone Levine told the press said that the move to jail someone for refusing to testify is a "real disincentive." The report stated that such a practice should not be treated as a trivial matter and should consider "the seriousness of the offense, the strength of the case, and the public interest in punishing the defendant."

The Times-Picayune reported similar criticism from Mary Claire Landry, head of the advocacy group New Orleans Family Justice Center, who said that the practice of jailing sexual assault survivors is harmful. "There [are] many other reasons why victims don't want to participate in the criminal justice system. Our preference is that the criminal justice system would respect that," Landry said.

This is not the first time someone has threatened a rape survivor with incarceration if they failed to testify. In Houston, a rape survivor's mother said that district attorney Devon Anderson sent her daughter to jail fearing that she would refuse to testify. The mother of the survivor claimed that her daughter was "brutalized" in jail. In a video, Anderson defended her decision and said that it was an "extraordinarily difficult and unusual situation." She further stated, "There were no apparent alternatives that would ensure both the victim's safety and her appearance at trial."

What Cannizzaro and others fail to realize is that rape survivors are already grappling with emotions of guilt, confusion, and fear. If they don't report, they are made to feel like they are reprehensible individuals. If they do indeed report, they fear that they will be blamed for what happened to them or, worse, not being seen as the perfect victim in the eyes of society. If they remain completely silent, they risk isolation and a lack of support from others.

There is a plethora of complexities entirely overlooked by Cannizzaro's approach toward the subject. Most critically, Cannizzaro fails to realize that the trauma of testimony — having to relive the violence in painstaking detail — is already too pronounced for a rape survivor. Using punitive measures like incarceration to extract information is the opposite of delivering justice.

It is a tremendous ordeal for a survivor to testify. From having to go over details with police officers, recounting in front of a prosecutor to reliving the memory again in front of a grand jury, going back and forth with attorneys and advocates, testifying is not a small task.

Forcing someone to testify under duress and then threatening them with the mentally jarring experience of being confined in jail doesn't sound like a system concerned with the well-being of a survivor — it sounds like more terror.