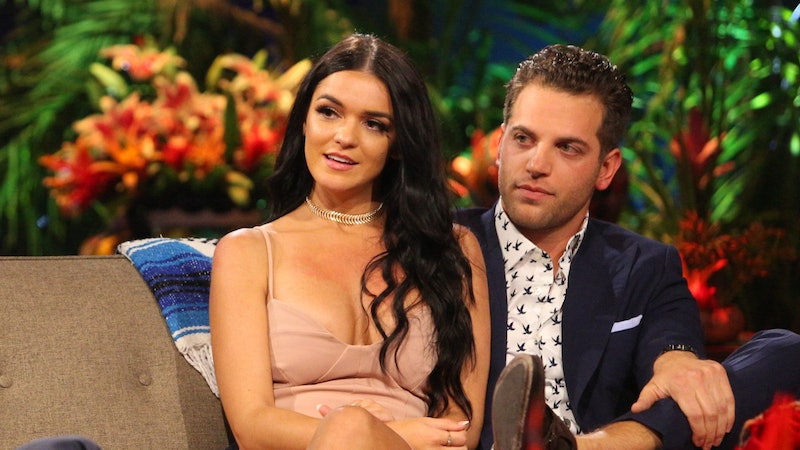 It’s hard to ignore that Bachelor in Paradise seems to have the highest relationship success rates of the Bachelor franchise, and that’s especially true when it comes Adam Gottschalk and Raven Gates, who met on Bachelor in Paradise Season 4. Adam and Raven revealed their plans to move in together at a Bachelor watch party at the end of January, so it's clear they’re still going strong even into 2018.

If you’ve been keeping up with Arie Luyendyk Jr.’s season of The Bachelor so far this season, you already know that, as seen during the Jan. 29 episode, the show took him and his contestants to Fort Lauderdale, Florida. During a Q&A held at The W. Fort Lauderdale, where many parts of the episode were filmed, Raven and Adam shared a few details about their lives together. And, it definitely looks like they have a strong future together as a couple.

The first step to living happily ever after? Living in the same place. Now, Raven lives in Memphis while Adam’s home base is in Dallas, but it sounds like Raven is planning to relocate to Texas as soon as possible — and if things out of their control hadn't already gotten in their way, they'd already be living together right now.

So far, it just hasn't been the right time for Raven's career. If you don't remember her talking about it on The Bachelor, Raven owns a boutique called Grey Suede. and it's going to take a little time for her to be able to do business from Dallas.

She said at the Q&A:

"I was supposed to move the first part of my closet last weekend, but I didn't. It's not that we want to be long distances, it's that I have a job in a brick and mortar store, and there are a lot of things I have to do. So instead of moving in with him last week, I took the week to stay with him and completely redo our online website so that I can prepare."

Raven also took that moment to offer up some friendly advice to the women in the audience. "Ladies, let me tell you something," she said. "Do not move in with a man who has money just because he has money." Raven's a big believer in being financially independent — and she takes her career seriously.

During last summer’s edition of BiP, Adam and Raven didn’t have a lot of time to get to know each other — or decide by the end of filming if they wanted to leave Mexico as an engaged couple. But since then? It seems like they’ve been putting in a solid effort to bridge that long distance gap. But, tough living situation aside, things are going well for the duo.

Throughout the Q&A session, it seemed clear that the chemistry fans witnessed between them on BiP is here to stay. Adam shared his suit jacket with Raven when the Ft. Lauderdale air got too cold, and, in between questions, they laughed and joked together. They may have been dating for less than a year, but, so far, it seems like things are still heading in a positive direction between them. That's the best news for anyone (me) who’s been rooting for them since they first fell in love on the beach last summer.

Dealing with heartbreak when contestants end their relationships is a feeling that many Bachelor fans know all too well, but this time, it seems like we could have a happily ever after on our hands. Fingers crossed we actually get to see an engagement between Raven and Adam in the future — when they’re ready, of course. In the meantime, it’s going to be so much fun seeing this next chapter of their journey play out.