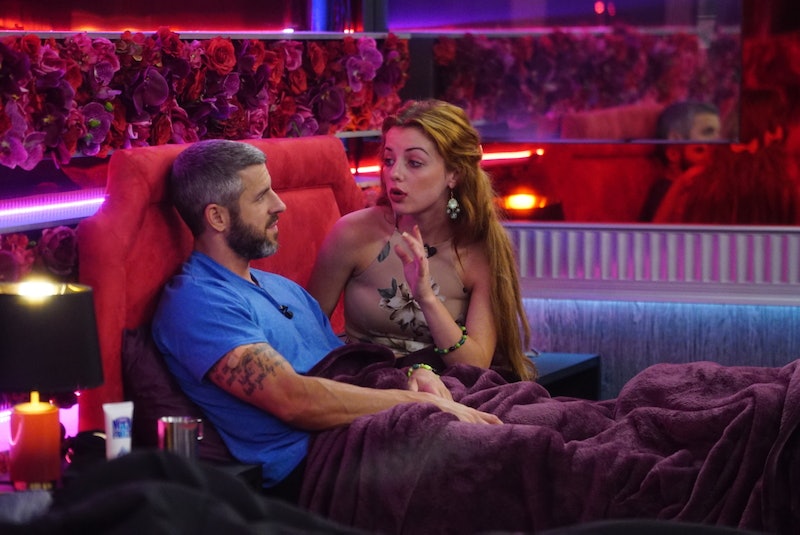 Raven Walton's participation on Big Brother 19 is the first time many viewers are hearing about gastroparesis, a condition that affects the stomach muscles. She has told other houseguests that she lives with a pacemaker to combat the illness, and that it is necessary for her to live a regular life in and out of the Big Brother house. A contestant opening up about her illness should be treated with empathy and understanding, but instead, many fans of Big Brother are angry with Raven and are celebrating a #RavenExposedParty on Twitter. These fans are claiming that Raven is lying about her illness on Big Brother, and it's very out of line.

Since the beginning of the Big Brother 19 live feeds, Raven has not been shy about mentioning her illness. Fans have picked up on the frequency of her mentions, and started theorizing that Raven has an ulterior motive to bringing up her gastroparesis. Some Big Brother fans believe Raven is exaggerating her illness to garner sympathy, while others are claiming that the illness is a "scam." Some fans are even taking to the r/BigBrother subreddit and Youtube to argue that she suffers from Munchausen-syndrome-by-proxy, implying that her mother made her believe that her illness is worse than it is. Big Brother is a reality show where participants agree to share their lives for a few months, but these responses are invasive.

This all begs the question: Why are some fans so interested in tearing down a houseguest with an illness that has a huge impact on her life?

If Raven didn't have the condition, then there would be no reason for her to have a pacemaker (which is clearly visible inside of her stomach). To some fans, however, the fact that she lives with an illness doesn't give her the right to talk about it as much as she does. Fans are also claiming that she is spreading misinformation and the details of her illness don't match up with other accounts.

There's no right way to have a illness, and the fact that people are searching for imperfections in Raven's story and attempting to tear her and her family down is cruel. Raven is not merely a character on a television show. She's a real human being suffering from a real medical condition who has every right to express her feelings about her own experience.

Raven's openness about her illness has been met with criticism and suspicion by some fans, but not all. Others have come to her defense and reminded their fellow Big Brother watchers that it's nobody's business by Raven's. In a show full of intrigue, backstabbing, and drama, there are plenty of other things to worry and gossip about besides the ins and outs of Raven's medical history.