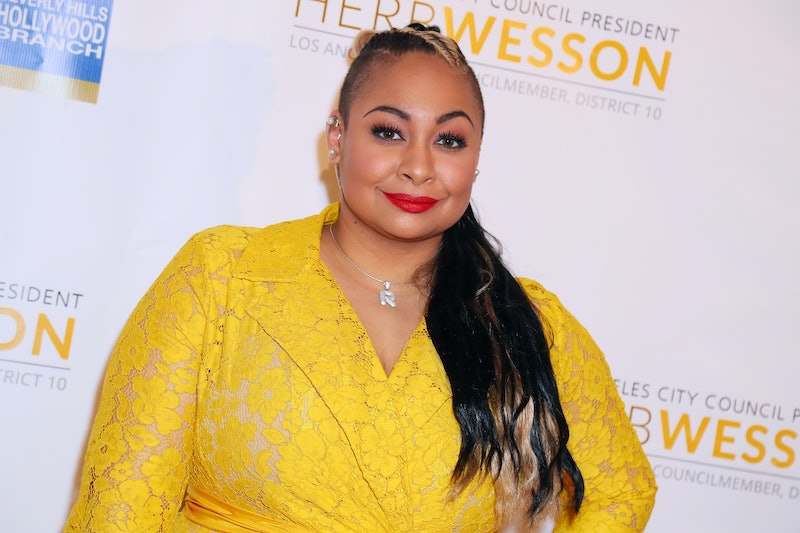 Raven-Symoné is all grown up now — in fact, she's a married woman! On Thursday, June 18, Raven-Symoné revealed she married Miranda Maday in a surprise ceremony, sharing the happy announcement on Instagram. According to The Daily Mail, the pair tied the knot in a small, backyard ceremony at their home in Los Angeles earlier this week, with just a select few loved ones in attendance.

"I got married to a woman who understands me from trigger to joy, from breakfast to midnight snack, from stage to home," Raven-Symoné wrote on Instagram, sharing a photo from the ceremony that featured the actor rocking rainbow-colored braids and hugging her new wife. "I love you Mrs. Pearman-Maday! Let’s tear this world a new assh*le!!!" She followed things up with a photo of their house, and teased the possibility of a bigger wedding to come in the future. "Thank you to all those who helped and for those who understand why it was small during this time," the That's So Raven star wrote.

On her own Instagram account, Maday — who works as a social media manager for an L.A. based publication — shared some similarly blissful photo from the big day. "My wife for life," she captioned a romantic Instagram post, before sharing snaps of herself and Raven-Symoné on her Instagram Story cuddled up in the front seat of their car and posing in their wedding finery. (Maday complimented her new wife's ensemble with a white jumpsuit, black heels and a short veil.)

Though she has never been a stranger to the spotlight — thanks to her breakout role on The Cosby Show at age 3 and starring roles in several Disney Channel franchises in the early 2000s, including That's So Raven and the Cheetah Girls — Raven-Symoné revealed in 2016 that she didn't feel comfortable being open about her sexuality until her twenties. "Being on television sets from age 3 till age 30, I’m more comfortable there,” she revealed in the docuseries It Gets Better, via Us Magazine.

"I know what lines I’m supposed to say. Somebody else picks my clothes for me. I have makeup done. I have hair done … I was branded at such a young age," she continued. And though she knew she was attracted to girls when she was a young, Raven-Symoné revealed she kept that part of her a secret because of her fame. "I never thought I would come out because my personal life didn’t matter. It was only what was supposed to be sold as the Raven-Symoné brand."

In Variety's 2019 "Power of Pride" issue, the former View co-host said she's happy she did eventually come out, both for herself and for those who have looked up to her over the years. "I am very happy that I’m out, if only to help someone else feel comfortable," Raven-Symoné said at the time.

"It is about that one person who you’ll never see or meet who watches the show and feels that confidence to just say, "Hey, guess what? I’m gay. And if you can’t accept me, it’s okay, because I see Raven pushing through,'" she continued. "That feels good."