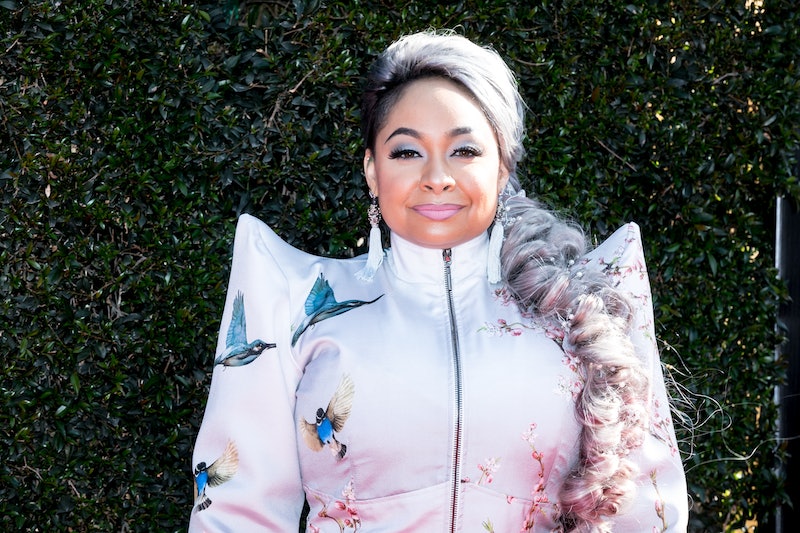 Being late to your own ceremony isn't necessarily a wedding tradition, but it's definitely so Raven. Raven-Symoné dished on her wedding details, including the fact that she was a bit late, proving that her ceremony with partner Miranda Pearman-Maday perfectly reflected their private relationship. The Raven's Home star shared all of the exciting details with PEOPLE, revealing that only six guests were in attendance, in part due to the COVID-19 pandemic, making it an occasion more intimate than your high school sleepovers

"Despite being someone who has kept my personal life private, I decided to share this moment because it’s one of the biggest and happiest of my life," Symoné said, explaining why she shared the news on Instagram. "Miranda makes me feel confident and empowered in an entirely new way. We planned our ceremony together and it was a true reflection of our love and partnership."

The ceremony was held at choreographer and Symoné's longtime friend Debbie Allen's home, with Allen also providing the food. "She was trying to keep it so simple and I said, ‘Come on, you have to have something'," Allen told PEOPLE. "She said, ‘Well I just want oysters.’ She loves my oysters I make for her." Despite only having been given one request, Allen decided to do a bit more for her friend. "I made her some lobster pasta and got her a triple berry cake from Sweet Lady Jane. You only get married once... it was a joy to do that for her.”

Symoné surprised fans on June 18, when she announced her marriage to Pearman-Maday. Pearman is actually Symoné's legal last name, meaning that her partner took on her name. "I got married to a woman who understands me from trigger to joy, from breakfast to midnight snack, from stage to home," she wrote. "I love you Mrs. Pearman-Maday! Let’s tear this world a new *sshole!!! I’s married NOW." She also shared a photo of the couple's new matching tattoos — "RM" initials, joining the first letters of their individual first names.

As fans can see in her post, the couple kept their wedding attire simple, with what Symoné called "hypebeast outfits". She also revealed that her close friend Erica Summers officiated the ceremony, and the couple's first dance was to Jay-Z's "99 Problems." The only snag? They were both an hour late for the ceremony, but Pearman-Maday said their big day was perfect regardless.

"It was joyful, intimate, filled with laughter, great food, music and a last-minute peanut butter delivery for me — all things I know my future with Raven will hold," she said. "I feel so grateful to be doing life with my love!” Symoné agreed with her new wife. "It couldn’t have been better," she said. "Well, the post-[coronavirus] party might be!”