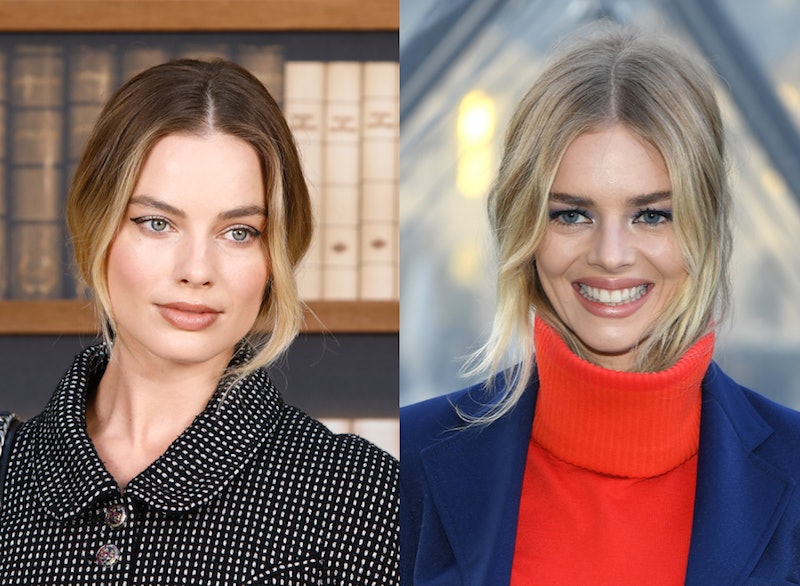 If you saw the trailer for Ready Or Not and thought Margot Robbie was starring in the horror film about a new bride, you're not the only one. Ready or Not star Samara Weaving and Margot Robbie look so much alike that a lot of people thought the Oscar-nomiee was starring in the new film. At a quick glance, Weaving takes on a great resemblance to Robbie (of I, Tonya and Once Upon a Time In Hollywood fame). And, in a fun coincidence, both are Australian actresses, but of course that doesn't mean they're the same person. In fact, Weaving and Robbie are completely different people, despite having similar features.

Weaving stars in the upcoming thriller/horror movie Ready Or Not, playing a bride that has to run away from her new husband's murderous family on her wedding night. It starts off as just a game for her, something she thinks is a run-of-the-mill round of "hide and seek." But it's soon revealed that it's all part of a ritualistic murder game the family plays with new family members, and she's left hiding, and then fighting, for her life. When the trailer was released, fans immediately reacted to the unique premise, but many were also baffled by the fact that the film stars a Margot Robbie look-alike.

There's no doubt that Robbie and Weaving share a strong resemblance. And these side-by-side photo comparisons show exactly why it would be easy to confuse the two.

In these photos from the 2018 Academy Awards red carpet, it's still easy to see the resemblance, but also super easy to tell them apart. In an interview with Marie Claire Australia a month after the awards show in April of 2018, Weaving revealed that she met Robbie at the Oscars. "I met her at the Oscars and she’s just delightful. She’s so talented and so funny, she’s amazing," she said. The actor also revealed that they'd talked about working together in some capacity, saying, "I’ve had meetings with her production company and her husband is good friends with my boyfriend."

Now, in this side-by-side, they might as well be sisters. And who knows, maybe one day, they'll play siblings on the big screen.

And lastly, when they're both holding a gun — Robbie in her film I, Tonya and Weaving in Ready or Not — the resemblance is pretty uncanny.

In regards to how Weaving feels about this comparison, there's no bad blood. In an interview with The Daily Telegraph's Stellar Magazine in March of 2018, according to Daily Mail, Weaving said, "[Margot's] really lovely. She’s a great actress. I’m flattered that people mistake me for her. That’s a great compliment." She continued to say that, while the comparisons are flattering, a rivalry is not welcome. "I hope that people realize pitting two women against each other is just silly. It’s bizarre, really."

Celebrity look-alikes are very common, with actors like Jessica Chastain and Bryce Dallas Howard always being confused for one another, or Isla Fisher and Amy Adams. But the good news is that there's more than enough room for every single one on our screens. Ready or not, the Hollywood doppelgängers are coming.