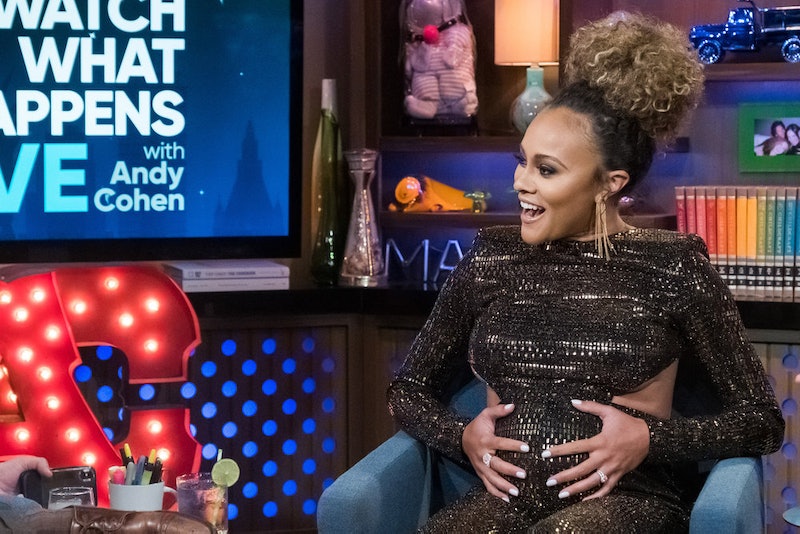 In the touching post, Ashley admitted, "I never thought this day would come." She continued,

"When I learned I was pregnant, I started thinking about when I'd feel the first kicks. Then, when I was feeling the flutters, I wanted to know when I'd finally start to show. After watching the bump grow, my mind went to birthing day (WILL THIS REALLY HAPPEN?!)"

Ashley looking forward to the pregnancy milestones, while wondering if she would actually become a mom, make sense after her revelation during the Season 3 reunion last August. At the time, Ashley and her husband Michael shared they were dealing with the heartbreak of a miscarriage.

Ashley concluded her birth announcement with, "And when the day finally came that this sweet child came into our world, it felt like the sunniest day after a sky filled grey. The most sensational day of our shared life. Mickey and I are savoring every moment with our wonderful son."

After Ashley confirmed her baby was due in July in the caption of an April 24 Instagram post, the child's arrival was not a huge surprise. Plus, before her son was born, Ashley shared labor updates on her Instagram Story. She shared a selfie and told her followers, "It's time!" And 12 hours later, she declared "This is the happiest day of our life!!"

She also shared the same photo that she posted on her Instagram page to her Instagram Story and wrote about the "beautiful day" her family had.

Even though this is a very joyful time in Ashley's life, it's been a very difficult season for her on Real Housewives of Potomac, which is currently airing. Aside from working through the pain from her miscarriage, Ashley has been very vocal about her desire to have a child with Michael.

However, her costar Candiace Dillard questioned if Ashley genuinely wanted to become a parent and the authenticity of her marriage to Michael many times over this season. While Candiace had been leading the charge, pretty much every other cast member echoed her sentiments, just not as loudly.

Still, based on social media, the Potomac Housewives have all come together to support Ashley's journey to motherhood, despite the gossip and drama during filming. Every cast member went to Ashley's baby shower, except for Candiace, which is not exactly shocking, although she confirmed she was invited.

Even though it's been a tough year for Ashley and Michael, they seem happy now that they're a family of three. There's no Real Housewife drama that can take away from that.