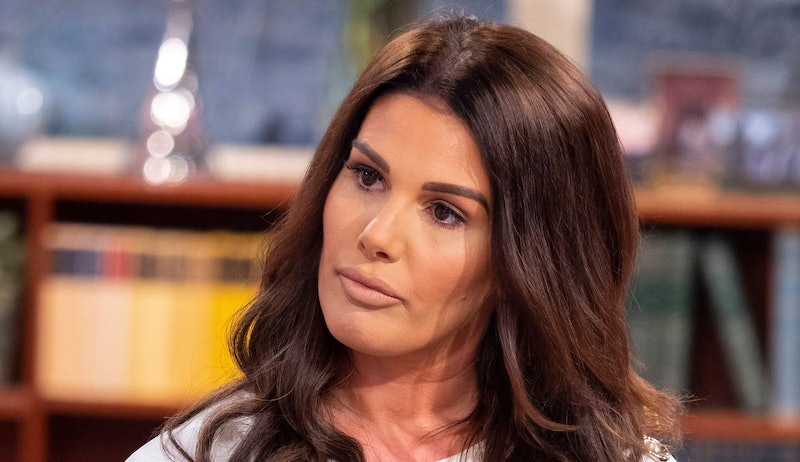 Following the fallout of the "WAGatha Christie" debate last October, Rebekah Vardy is suing Coleen Rooney for defamation. According to the Evening Standard, a case has been "lodged in the Queen's Bench Division of the High Court" by Vardy's lawyers.

"It is disappointing that Mrs Vardy has chose to issue court proceedings," law firm Brabners, who are representing Rooney, told the newspaper. "Coleen feels that the time and money involved could be put to better use; her offer to meet face to face still stands.

"Mrs Vardy's decision to issue court proceedings does at least mean that Coleen's evidence can be made public when the time is right." Kingsley Napley, the law firm representing Vardy, has yet to comment on the situation.

It was previously reported that the two women had attempted to conduct a legal arbitration meeting via Zoom in May, but it ultimately ended in "deadlock."

The battle between Rooney and Vardy began in October 2019 when Rooney posted a lengthy statement to Twitter accusing Vardy of leaking stories from her private Instagram account to the press. "It's been tough keeping it to myself and not making any comment at all, especially when stories have been leaked, however I had to," the post read. "Now I know for certain which account/individual it's come from." Rooney continued:

"I have saved and screenshotted all the original stories which clearly show just one person has viewed them. It's......... Rebekah Vardy's account."

Vardy, who was heavily pregnant at the time, denied the allegations. "I'm pregnant & on holiday & am at a loss to why she would do this," she captioned an Instagram post sharing her statement, after speaking to Rooney on the phone. "I'm now having to take legal advice as I can't deal with this stress myself when I'm pregnant."

Earlier this year, Vardy addressed how the controversy on Loose Women and that she and her legal team were taking action. While Vardy couldn't address the details of what was happening, she did describe the health issues she developed because of it.

"I ended up with severe anxiety attacks, I ended up in hospital three times and had kidney stones," she told the panel. "I felt like I couldn't go out, and felt that people were looking and questioning me 'did she do it, did she not do it'."