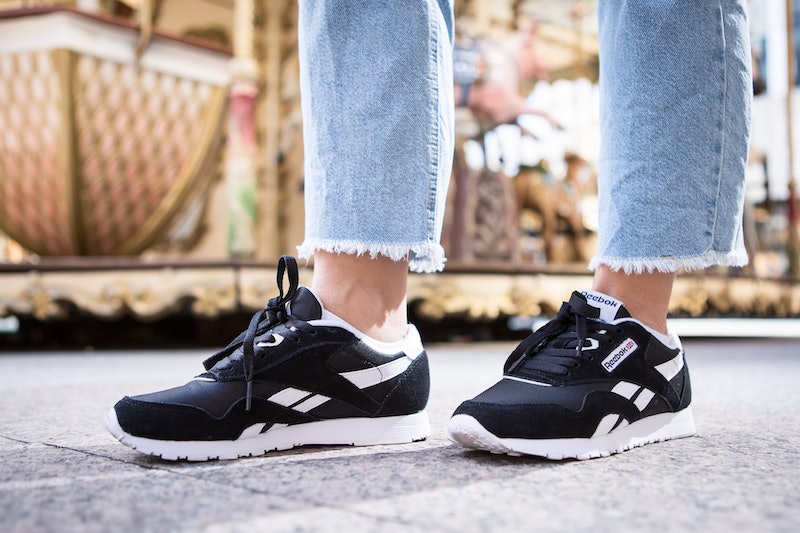 Last week, President Trump’s comments to French first lady Brigitte Macron, in which he complimented her “good physical shape,” came under fire from a lot of different quarters, but there was one critic you might not expect: Athletic brand Reebok. Reebok roasted Trump in a tweet on Friday, deftly pointing out how inappropriate it is for a world leader to comment on the body of another world leader’s spouse. You’d think that these types of social rules would be obvious, but, well… here we are.

On Friday, the president and Melania Trump visited France and met with French president Emmanuel Macron and his wife, Brigitte Macron. The New York Times reported that during the meeting, Trump told the French first lady, “You’re in such good shape,” before turning to her husband and adding, “She’s in such good physical shape … Beautiful.” (There’s also video of the exchange.)

Shortly thereafter, Reebok released a handy flowchart on Twitter, illustrating when, exactly, it’s a good idea to say, “You’re in such good shape… Beautiful.” Is it when you are in an elevator with a woman? Reebok says, “No.” Is it “when you are introducing yourself to your future mother-in-law”? Also “nope.” What about when you’re “a world leader greeting the spouse of a head of state”? Alas, Reebok still says, “No.”

Reebok’s unexpected trolling of the president has been “liked” more than 81,000 times on Twitter. A spokesperson for the company told Mashable of the tweet,

Reebok believes that we should all strive to Be More Human in our lives: to push and challenge our boundaries physically, mentally and socially. That also means supporting one another in all of those ways.

It seems there is still a lot of confusion about how to do that, and perhaps this little reminder will help.

Reebok’s tweet was clearly a dig at the president’s remarks in France, but that doesn’t mean that we all can’t take the company’s advice. So the next time you’re meeting a world leader and you feel tempted to comment on the “shape” of that world leader’s spouse, maybe just… don’t.