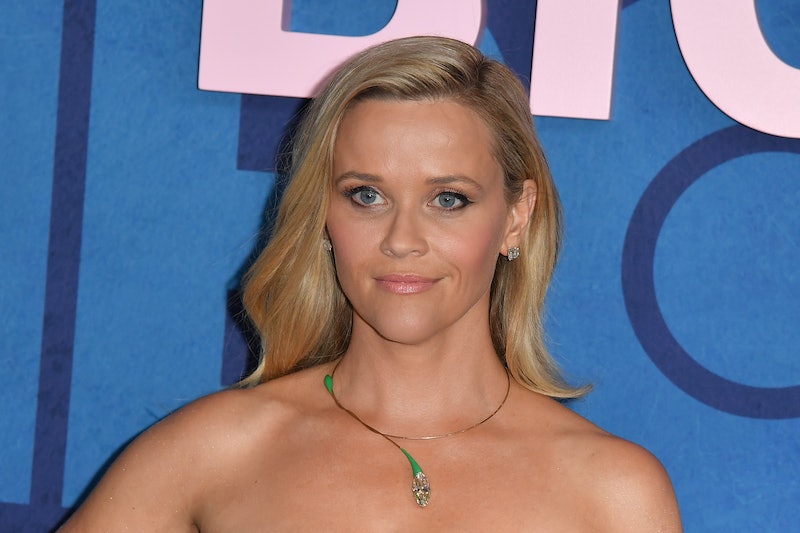 The "bend and snap" could be one step closer to making a comeback. Reese Witherspoon's Legally Blonde 3 update included her hope that three actors from the 2001 original would reprise their roles in a potential followup. Noting in a Tuesday, Oct. 29 Entertainment Tonight interview that the movie is still "just a development project right now," Witherspoon, who played Elle Woods, gushed that she loves Jennifer Coolidge (Paulette), Luke Wilson (Emmett), and Selma Blair (Vivian). "If we end up doing it, hopefully they end up all being there," she told ET, adding, "there's so many great characters that people love."

Witherspoon first confirmed a third Legally Blonde movie in June 2018, posting an Instagram video of herself clad in a hot pink bikini and floating in a pool, essentially re-creating a Legally Blonde scene. "It's true...#LegallyBlonde3," she captioned the post. During an interview with James Corden the same month, the Oscar winner said she thought "it would be kind of cool" to see her character 15 years later, guessing Elle could be a Supreme Court justice or a powerful attorney.

After the news first broke, the actor also teased that some beloved Legally Blonde characters would appear in the new movie. Witherspoon revealed to ET in a separate Aug. 2018 interview that she'd recently attended a meeting where she and producers had discussed "new plot points and all the characters and some returning characters and some new characters." Her reaction after the meeting, she added, was, "This is gonna be good."

More than a year later, Legally Blonde 3 still seems to be in the planning stages. Witherspoon gave a Legally Blonde 3 update during a May appearance on The Ellen DeGeneres Show, telling the daytime host that they're "meeting about it" and "definitely talking about it." In the same interview, the actor did share that the new sequel will encompass the same empowering message of the first film, as well as its 2003 followup, Legally Blonde 2: Red, White & Blonde. "I mean it's sort of about women being underestimated and I think it's a good idea — that things have changed, but not that much has changed," explained Witherspoon.

At least one of the actors on Witherspoon's Legally Blonde 3 wish list is already hypothetically on board. Wilson, who played Witherspoon's love interest in both big screen favorites told ET in Feb. he'd "love to do a Legally Blonde 3." He admitted at the time, however, that all he'd heard "is that same thing everyone else has heard." Even so, he added that he couldn't "imagine anything that would be more fun."

Wilson wasn't the only Legally Blonde alum to express interest in returning for a sequel. In July 2018, Regina King, who played congressional staffer Grace Rossiter in Legally Blonde 2 told Entertainment Weekly she loves Witherspoon "and if she asked me to come back, even if it was just for a scene, I would." In a separate July 2018 EW interview, Matthew Davis, who played Elle's ex Warner, admitted he'd "love to see where the writers think" his character would be nowadays. One potential Legally Blonde 3 plot idea Davis has: Warner is married to a politician, and Elle is running the election campaign for his wife's opponent.

While details of the sequel continue to come together, there remains no shortage of interest from fans and former cast members alike to see what Elle and her Legally Blonde friends might be up to today.