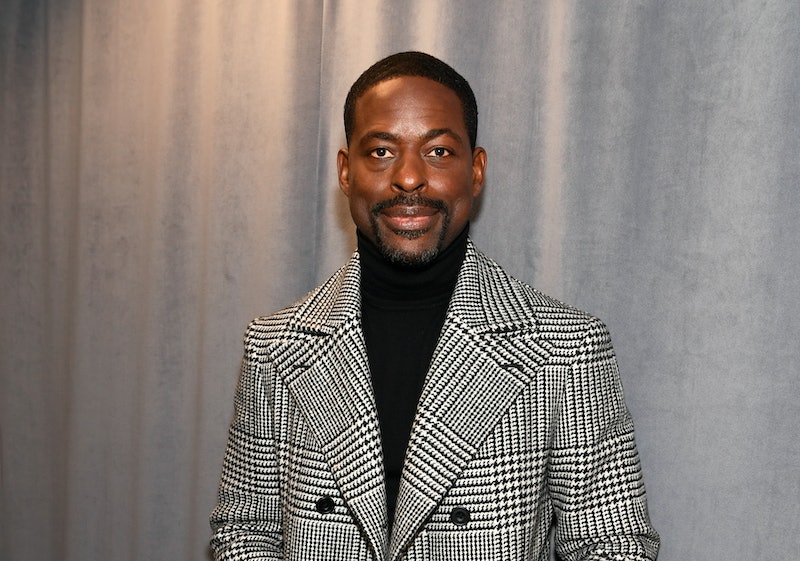 Light spoilers ahead for The Marvelous Mrs. Maisel Season 3. While on tour with Shy Baldwin in The Marvelous Mrs. Maisel Season 3, Midge is introduced to a number of people within the singer's inner circle. This includes Sterling K. Brown's character, Reggie, who serves as Shy Baldwin's manager in an unofficial capacity. As he explains in Episode 2, Lou — who Susie thought was Shy's manager — is just the white guy record labels and advertisers are "willing to deal with." Reggie is the true man behind the curtain.

Unlike many of the characters in Maisel, he isn't based on a real person, but these circumstances were quite typical in the 1960s. As The Wrap outlined in 2011, black people have historically been shut out of the "higher echelons of the music business," instead being "relegated to in-house black music departments for scouting and signing" while executive roles, even for popular artists of color like Michael Jackson, have predominantly gone to white men.

This didn't begin to shift until the 1970s, when an influx of black executives, managers, and producers were ushered into the industry due to the fact that major labels were looking to "capture black audiences," per WBUR. According to the outlet, this was in large part because of what was known as The Harvard Report, a Harvard University Business School study from 1971 that was commissioned by CBS.

"That report basically said that the major labels, if they wanted to make a dent in this huge business of black music, which really exploded in the '70s, they would have to bring on black executives and affiliate with black production companies and artists to become successful in that area," John Kellogg, an entertainment lawyer and professor at Berklee College of Music, told WBUR in 2016.

Even so, Kellogg continued, it remained a struggle for people of color to get their foot in the door behind the scenes since many entertainers "were hesitant to use black representation because they felt that if you weren't white, you couldn't get the kind of deals they thought white people could get for you."

That's obviously changed in the decades since — JAY-Z, for example, now has an $800 million empire — but the music industry still has a major diversity problem, especially on an executive level. Billboard's Power 100 list, which ranks the music industry's most important people, still shows a staggering racial imbalance. As recently as 2016, a vast majority of the people on the list were white, and it hasn't gotten much better over the last few years.

It's unlikely The Marvelous Mrs. Maisel will dig too deeply into this history. After all, this is a show about comedy, not to mention one that's weathered its own criticism about white privilege. But at the very least, Reggie is an acknowledgement of the rampant racism during the era in which the series set — something it's hardly made mention of in the past.

More like this
Linda Ronstadt’s “Long Long Time” Plays A Pivotal Role In The Last Of Us
By Brad Witter
Taylor Swift Visited The 'Glee' Set For This Bizarre Season 5 Episode
By Grace Wehniainen
Hilary Duff's Husband Matthew Koma Has Her Name Tattooed On His Butt
By Jake Viswanath and Stephanie Downs
This 'Emily In Paris' x Blackpink Crossover Is Beyond Iconic
By El Hunt
Get Even More From Bustle — Sign Up For The Newsletter
From hair trends to relationship advice, our daily newsletter has everything you need to sound like a person who’s on TikTok, even if you aren’t.