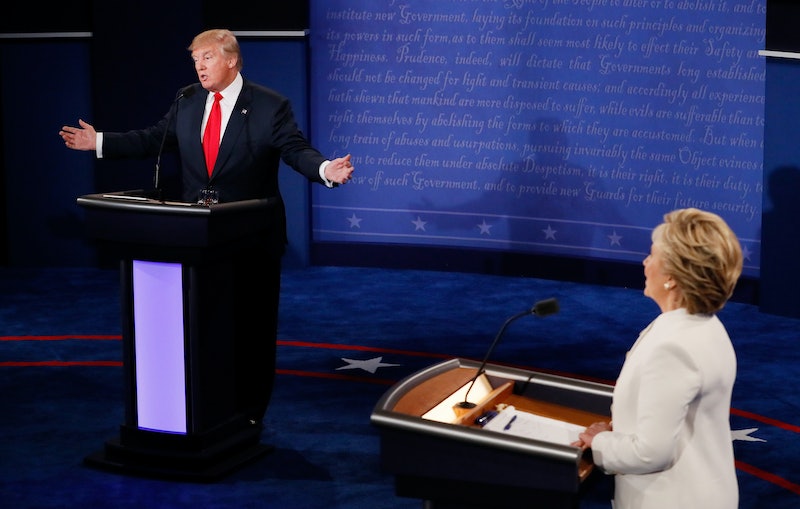 The Washington Post was the first to report that Trump allegedly revealed classified information during a meeting last week with Sergei V. Lavrov, the Russian foreign minister, and Sergey I. Kislyak, the Russian ambassador to the United States. The information supposedly came from an ally in the Middle East and was considered highly sensitive. It reportedly involved Islamic State plans and tactics to use laptops as explosive devices on aircraft. For its part, the White House has denied claims made in the Post story, with Dina Powell, deputy national security adviser for strategy, saying, "This story is false. The president only discussed the common threats that both countries faced."

But Trump has received a significant amount of criticism from the press, the public, and members of Congress for allegedly revealing the classified information. Indeed, Senator Mark Warner, the vice chairman of the Intelligence Committee, said via a tweet on Tuesday, “If true, this is a slap in the face to the intel community. Risking sources [and] methods is inexcusable, particularly with the Russians.” Furthermore, in a statement, Senator Jack Reed, the ranking Democrat on the Armed Services Committee, stated:

President Trump’s recklessness with sensitive information is deeply disturbing and clearly problematic. ... The president of the United States has the power to share classified information with whomever they wish, but the American people expect the president to use that power wisely.

Ironically, Trump himself once admonished Hillary Clinton on Twitter for allegedly mishandling classified information by using a private server and personal email account. During campaign season, Trump tweeted that, "Crooked Hillary Clinton and her team 'were extremely careless in their handling of very sensitive, highly classified information. Not fit!'" Also interestingly, in this tweet Trump was quoting former FBI Director James Comey, who led the Clinton email investigation and who Trump recently controversially fired. Clinton has denied mishandling sensitive information.

For her part, Clinton has not commented on the recent allegations against Trump, but you can be sure that she certainly recognizes the irony in the situation — and is perhaps letting Trump's own words speak for themselves.