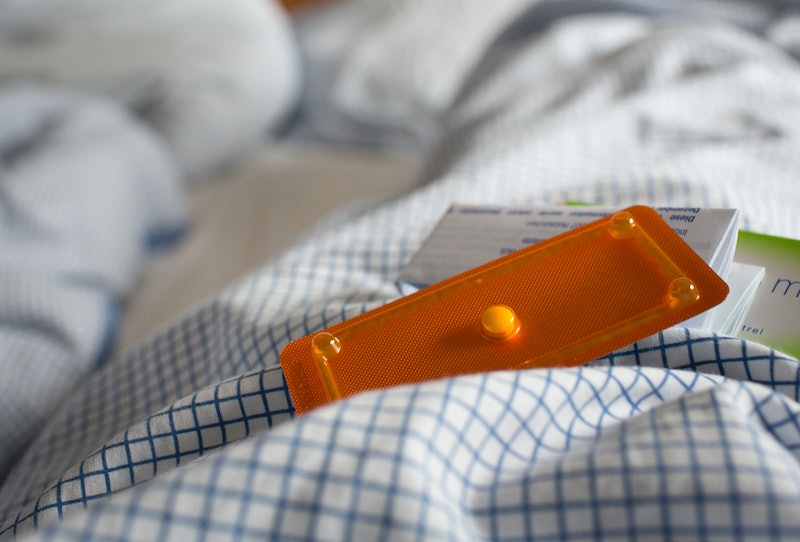 With people being told to stay indoors and cut out all unnecessary travel to prevent the spread of COVID-19, many medical treatments and procedures have been put on hold. With so many announcements coming out everyday it’s difficult to stay on top of everything. It's even harder when the government backtracks on a new policy, only to backtrack on its decision to backtrack. So, here’s what's actually happening with remote access to early medical abortions. The Independent reported that over the next 13 weeks it is expected that 44,000 women across England and Wales will need access to an early medical abortion.

On March 23, the government announced that women and girls would be able to take both pills for an early medical abortion at home. However, the policy was retracted a day later only to be reinstated on March 30.

Health Secretary Matt Hancock announced that during the peak lockdown period people would temporarily be able to take the pills for an early medical abortion at home. Prior to the announcement of the policy, a number of organisations had wrote to Hancock asking him to consider the unnecessary travel people would have to undertake to get an abortion and the risk it would pose to their health. The official government website read the change was to “limit the transmission of coronavirus and ensure continued access to early medical abortion services.”

Previous to this, per the Abortion Act 1967, abortions in England had to be carried out in a hospital or a licensed clinic and required the signatures of two doctors before the procedure could take place. As of 2018, people could take the first pill mifepristone in a clinic and then take the second medicine, misoprostol at home one or two days later. With 44,000 people estimated to need access to early medical abortions during the outbreak's 12-week expected peak, many people would be putting their health at risk by going to clinics, doctors surgeries, and hospitals. The policy change would prevent that.

However, a day after it was announced on the government website the policy was overturned. The Department of Health said the reported changes had been “published in error” and Matt Hancock came under fire from his fellow MPs. The Independent said Labour MP Stella Creasy said, “it’s absurd to expect women to be able to travel during lockdown for a vital healthcare procedure that could be done at home. That risks thousands of women being forced to continue an unwanted pregnancy because they cannot access medical services.”

Similarly Ann Furedi, chief executive of the British Pregnancy Advisory Service (BPAS), said, "the Health Secretary's refusal to listen to scientific evidence on protecting women’s health during this pandemic is putting women at severe risk, and abortion services are already buckling under pressure."

However on March 30, just six days after the first policy change was announced, the Department of Health confirmed that the government was updating the guidence to help people who need access to a early medical abortion but allowing people to take the pills at home. Furedi from BPAS said, “this will prevent tens of thousands of women from having to travel needlessly to clinics and will also enable many of our healthcare professionals to provide tele-consultations and prescriptions from the safety of their own homes.”

However, she emphasised the struggles faced by women in other parts of the UK. Speaking about Northern Ireland she said, “women are being forced to travel hundreds of miles via ferry and public transport to clinics in England at a time when they are also being told to stay at home to save lives. We urge policymakers to now implement similar measures to permit telemedical abortion services in Northern Ireland as a matter of urgency."

More like this
Pret & Costa’s Coffee Is The Strongest On The High Street, According To Which?
By Sam Ramsden
Gen Z Are Twice As Likely To Identify As Queer, According To New Data
By Sam Ramsden
This Is When Netflix Is Going To Start Charging You For Sharing Passwords
By Darshita Goyal
Twitter Has *A Lot* To Say About The "Single Penalty”
By Sam Ramsden
Get The Very Best Of Bustle/UK
Sign up for Bustle UK's twice-weekly newsletter, featuring the latest must-watch TV, moving personal stories, and expert advice on the hottest viral buys.