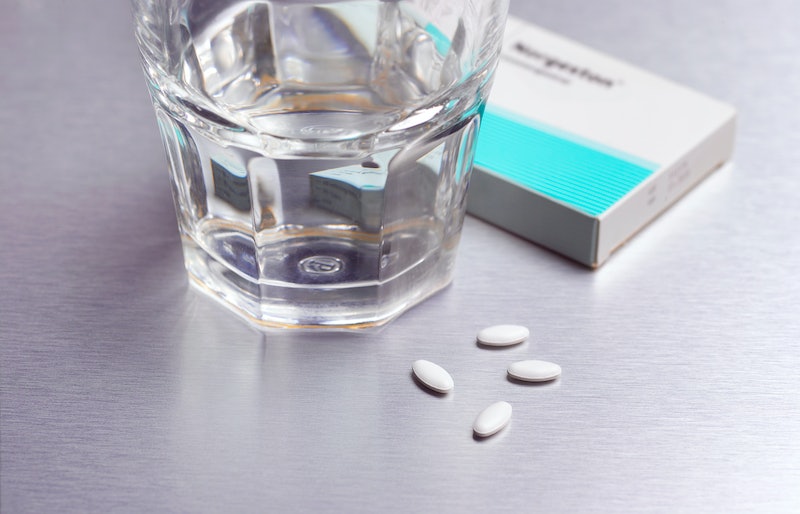 Update: On March 30, the UK government reinstated the policy detailed below. Please see here for our most up-to-date coverage on remote access to abortions in the UK amid the COVID-19 pandemic.

In a highly unusual move, the UK government this week backtracked on a new policy surrounding remote access to early medical abortion mere hours after it was published on the gov.uk website.

With new nationwide lockdown measures requiring people to stay inside and a number of medical staff falling victim to COVID-19, questions began to arise from organisations such as the Royal College of Midwives (RCM), the Royal College of Obstetricians and Gynaecologists (RCOG), and the British Pregnancy Advisory Service (BPAS) about whether UK residents would still have access to proper abortion care.

In response, on March 23, the UK government announced that, under new, temporary regulations, anyone seeking an in the first nine weeks of their pregnancy would be able to take the required pills in their own homes without attending a hospital or clinic. Medical practitioners were also granted permission to prescribe both pills for the treatment from their own homes. The measure was approved by Health Secretary Matt Hancock to "limit the transmission of coronavirus and ensure continued access to early medical abortion services."

However, within less than five hours, the policy had been overturned. The original web link is still titled "Temporary approval of home use drugs for both stages of early medical abortion," but clicking the link now brings you to an error page. “The information on this page has been removed because it was published in error,” it reads. “There will be no changes to abortion regulations.”

In a statement released after the reversal took place, Ann Furedi, chief executive of the BPAS, said: "The Health Secretary's refusal to listen to scientific evidence on protecting women’s health during this pandemic is putting women at severe risk, and abortion services are already buckling under pressure."

Dr Jonathan Lord, co-chair of the RCOG Abortion Taskforce and British Society of Abortion Care Providers, said: “I simply cannot understand why the Government is behaving in such a cruel and reckless manner towards women’s health. To force women to have to come out of self-isolation, mix with others in waiting rooms – and in many NHS waiting areas, distancing is impossible – and potentially infect others and NHS staff is quite extraordinarily irresponsible."

Lord continued: "Accessing care remotely by telemedicine is already recommended as best practice by the UK NICE guidelines, and joint guidelines from the RCOG, RCM, [Faculty of Sexual and Reproductive Healthcare] & [British Society of Abortion Care Providers] confirm that this is safe, effective, recommended by many healthcare systems and is the only reasonable way to run services during the pandemic without endangering both women and NHS staff."

The BPAS are encouraging people to email their local MP asking them to put pressure on Prime Minister Boris Johnson to intervene to help people seeking abortions, after 23% of their clinics were closed on Tuesday, March 24. BPAS cares for 100,000 people every year, with 44,000 people expected to need abortion care in the next 13 weeks.

More like this
Here’s Where The NHS Nurses’ Strike Currently Stands
By Sophie McEvoy
How To Help Those Affected By The Turkey-Syria Earthquake
By El Hunt
Eurovision Has Been Given A Whole New Look Ahead Of Its Liverpool Debut
By Bustle UK
This Is When Netflix Is Going To Start Charging You For Sharing Passwords
By Darshita Goyal
Get The Very Best Of Bustle/UK
Sign up for Bustle UK's twice-weekly newsletter, featuring the latest must-watch TV, moving personal stories, and expert advice on the hottest viral buys.