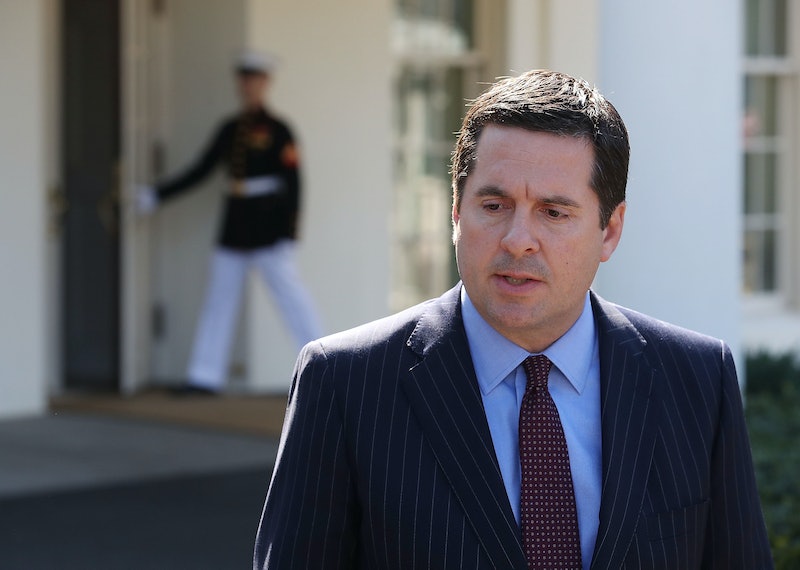 A Republican congressman and committed Trump supporter filed a complaint against a social media giant on Monday because of repeated insults he faced online. Devin Nunes sued Twitter accounts that mocked him, along with the social media platform itself, arguing that the critical tweets had subjected him to "extreme pain and suffering." Nunes' lawsuit also claimed that Twitter suppresses conservative viewpoints and encourages condemnation of Republicans.

Nunes named three specific Twitter users in his lawsuit, according to The Washington Post. Two of those accounts are "Devin Nunes' cow" and "Devin Nunes' Mom," though the latter account was suspended earlier this year. The third account cited in the lawsuit belongs to Republican political consultant Liz Mair, according to The Post. Nunes' suit alleges that those three accounts “repeatedly tweeted and retweeted abusive and hateful content." The owners of the accounts have not yet commented publicly on the suit.

The lawsuit further alleges that Twitter purposefully sought to encourage criticism of Nunes as a result of political bias. "As part of its agenda to squelch Nunes’ voice, cause him extreme pain and suffering, influence the 2018 Congressional election, and distract, intimidate and interfere with Nunes’ investigation into corruption and Russian involvement in the 2016 Presidential Election, Twitter did absolutely nothing," it reads, according to The New York Times.

Twitter has not commented publicly on Nunes' allegations, but has repeatedly said that the platform isn't politically biased.

Nunes had similarly harsh words for Twitter during an interview on Fox News' Hannity on Monday. "What we’re doing here, is we’re actually going after Twitter first... They’re the main proliferator, and they spread this fake news and this slanderous news," the congressman alleged on the show.

Twitter has always denied that its platform is biased, as the company's CEO, Jack Dorsey, emphasized during his testimony before the House Committee on Energy and Commerce in September 2018. “Let me be clear about one important and foundational fact: Twitter does not use political ideology to make any decisions, whether related to ranking content on our service or how we enforce our rules," Dorsey said, per The Wrap.

Nunes is seeking a significant sum in the lawsuit — $250 million in compensatory damages and $350,000 in punitive damages, Fox News reported. The outlet added that his complaint had been filed in Henrico County Circuit Court in Virginia on Monday, though The Washington Post reported that there wasn't any indication of Nunes' suit in Virginia state court records. BuzzFeed also noted that the complaint shared by Fox didn't contain a case number or verification of the complaint's filing.

Ironically, the attention stemming from Nunes' suit seemed to drive people to the two active Twitter accounts listed in the complaint, as Vanity Fair reported. The outlet noted that Devin Nunes' cow and Mair's account both appeared to have an uptick in followers after Nunes' decision to sue them made headlines.

For Nunes, his critics' surge in followers seems to reflect the opposite effect of what he intended when filing his complaint.