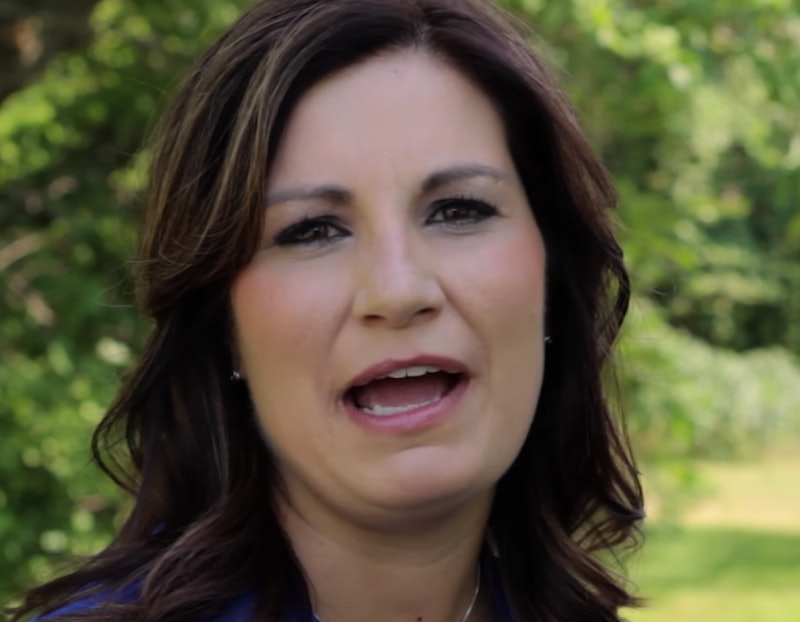 It's not uncommon to see pro-gun conservatives disagree with gun control activists. This perennial disagreement, however, turned ugly when a political organization known as Douglas County DFL claimed that Rep. Mary Franson, a Minnesota Republican, reportedly appeared to compare March for Our Lives organizers to Hitler Youth on her Facebook profile on Saturday — the same day marches calling for gun control took place across the country.

Aimed at curbing gun violence, the March For Our Lives protest in Washington, D.C. was led by Marjory Stoneman Douglas High School students from Parkland, Florida, following a deadly school shooting. Hundreds of sibling marches took place in different cities in the U.S. and around the world on Saturday, too. Hundreds of thousands of people reportedly showed up in D.C.

This apparently didn't sit well with Franson, according to Minnesota's City Pages, which reported the news first. Douglas County DFL said Franson mocked the Parkland students in several Facebook posts, and quoted Adolf Hitler in another. Bustle has reached out to Franson for comment.

The Parkland shooting that took place in February killed 17 students and teachers. On her Facebook profile, Franson reportedly called one of the Stoneman Douglas survivors, David Hogg, as "Supreme Leader Hogg." The Republican lawmaker also ridiculed another Parkland survivor, Delaney Tarr, for calling for a ban against bump-stocks on rifles. One screenshot shows Franson reportedly saying, "There you have it, friends. The anti-gunners, the high school students who speak for all, aren't interested in an 'inch.' They want the mile. They want your guns. Gone."

On the group's Facebook page, Douglas County DFL posted screenshots of Franson reportedly sharing a Hitler quote extolling the Nazi Party's propaganda efforts of indoctrinating young people to join its ranks. Franson reportedly shared that quote which says, "These boys and girls enter our organizations [at] ten years of age, and often for the first time get a little fresh air; after four years of the Young Folk, they go on to the Hitler Youth, where we have them for another four years."

The Hitler quote she shared goes on, "And even if [these boys and girls] are still not complete National Socialists, they go to Labor Service and are smoothed out there for six, seven months ... and whatever class consciousness or social status might be left ... the Wehrmacht [German armed forces] will take care of that."

According to the screenshot shared by Douglas County DFL, Franson shared a link to the United States Holocaust Memorial Museum where the Hitler quote appears in an article on Nazism and indoctrinating fascism in young people.

Franson has yet to comment on the City Pages report about her reported social media rants against Parkland student teenagers. But this isn't the first time that the Republican lawmaker has landed herself in controversy with regards to how she relates to young people. In December 2017, Franson refused to meet with high school students after the Alexandria Area High School Democrats requested to see her. She said that she wasn't obligated to meet the students and added a shrugging emoticon to cement her refusal on Twitter.

While the Minnesota representative's reported comments on Facebook caused outrage and criticism on social media, many commentators came to the agreement that Franson should be voted out of elected office during the next election.