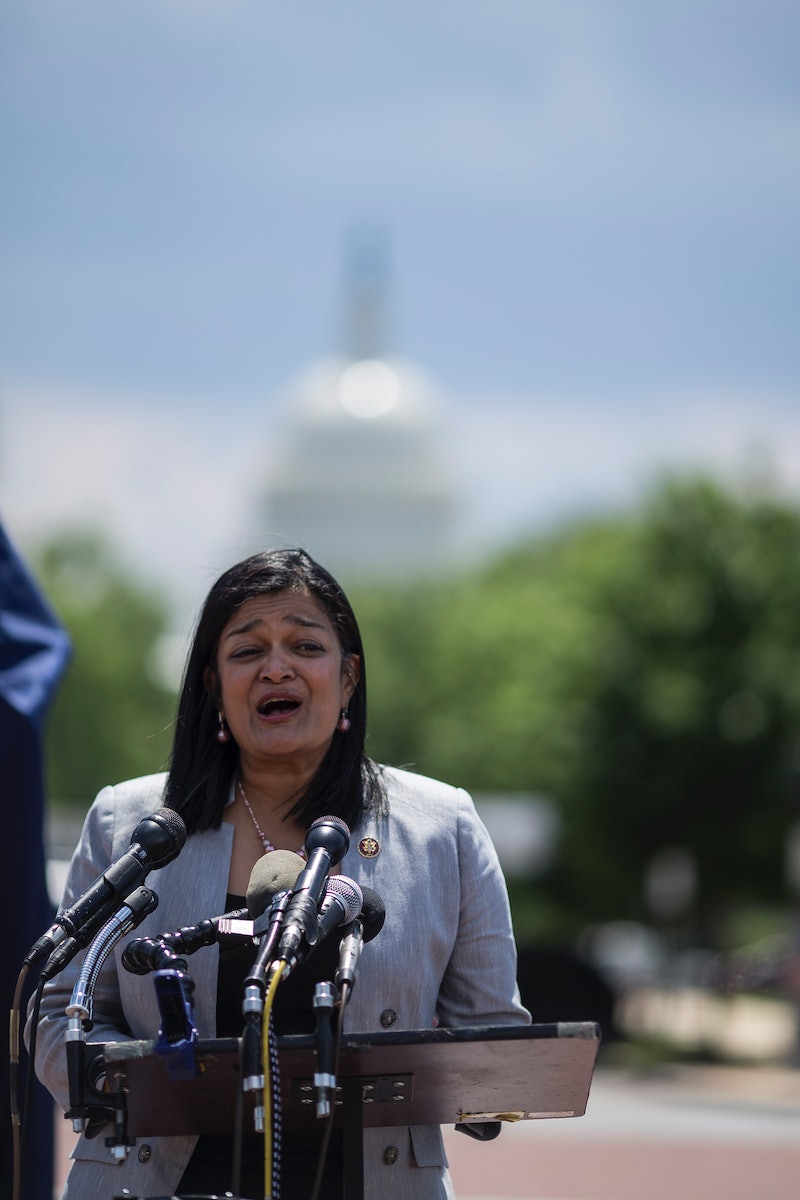 Shortly after a handful of states passed strict bans on abortion, Rep. Pramila Jayapal suggested making support of abortion rights a party requirement. While speaking to reporters on Friday, the Congressional Democrat said the Democratic Party should establish a core set of ideal that all members must agree to, including support for abortion rights.

"I think the party's response is going to be strong, and hopefully you've seen that it's strong across the board," The Hill reported Jayapal told reporters at a press conference Friday when asked how she felt her party should respond to conservative states' recent efforts to roll back abortion rights. "Personally, I do think that there should be a set of core Democratic ideals that we all agree to."

Jayapal isn't the only member of the Democratic Party to suggest that Democrats should adhere to a strict pro-choice ideology when it comes to abortion. "Every Democrat, like every American, should support a woman's right to make her own choices about her body and her health," The Huffington Post reported Democratic National Committee chairman Tom Perez said in a statement released back in April 2017. "That is not negotiable and should not change city by city or state by state." Perez argued that Democrats "must speak up for this principle as loudly as ever and with one voice" given attacks on women's rights by both the White House and Republicans in states across the country.

But not every Democratic legislator does support abortion rights. Most recently, John Bel Edwards, Louisiana's Democratic governor, said he would sign legislation banning abortion as early as six-weeks, before many women even know they're pregnant, should it reach his desk, the Associated Press has reported. The ban passed Louisiana's Senate earlier this week and now awaits a vote in the state's House of Representatives.

"My position hasn't changed," the Associated Press reported Edwards said. "In eight years in the Legislature, I was a pro-life legislator. I'm as consistent as I can be on that point."

According to the news outlet, Edwards has cited his Catholic upbringing and daughter, who was diagnosed with spina bifida in utero, as the motivation for his anti-abortion stance. "I know that for many in the national party, on the national scene, that's not a good fit," the Associated Press reported Edwards once said of his views on abortion while hosting his monthly radio show. "But I will tell you, here in Louisiana, I speak and meet with Democrats who are pro-life every single day."