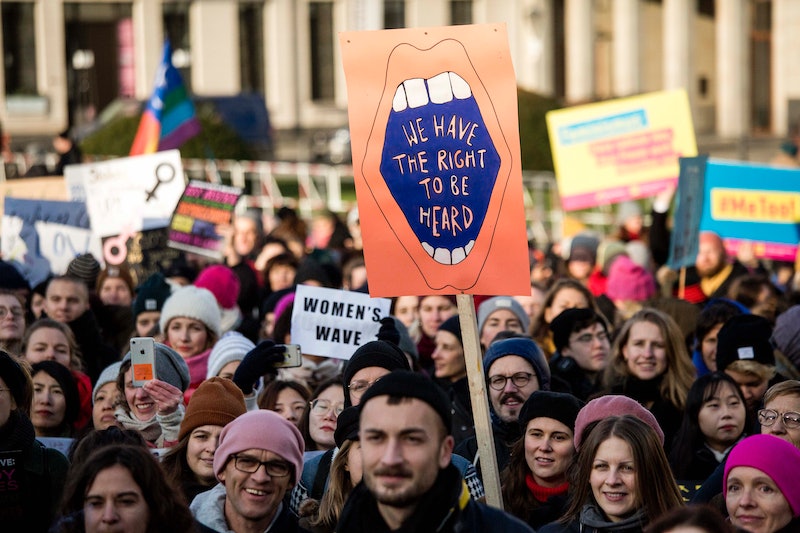 A bill supported by members of both chambers of Congress is calling on the Trump administration to recognize reproductive rights as human rights. The bill, HR 7228, demands that the State Department re-introduce reproductive rights issues into its annual report, which assesses the statuses and conditions of individual rights around the world.

In 2018, Rewire News reported that the Trump administration had removed reproductive rights from its annual human rights report, as part of its "de-emphasization" of reproductive issues. According to Foreign Policy, the State Department removed crucial data related to abortion, family planning, maternal mortality, and other information on women's health care across the world. It replaced reproductive rights with a section on "coercion in population control."

At the time, Michael Kozak, a senior official with the Bureau of Democracy, Human Rights and Labor, told The Washington Post that the removal of reproductive rights from the State Department report was "not a diminishment of women's rights or the desire to get away from it." Instead, Kozak claimed, "It’s a desire to get away from using a term that has different meanings."

It's that reported omission that HR 7228 bill aims to tackle. "The Department of State’s deletion [under President Trump] of the reproductive rights subsection from its 2017 Country Reports on Human Rights Practices demonstrates an alarming level of politicization of human rights by the Trump Administration and undermines the human rights of women around the world," the official text for the legislation reads.

According to a Wednesday press release, HR 7228, which is also known as the "Reproductive Rights Are Human Rights Act," is backed by prominent Democrats, including Reps. Barbara Lee and Katherine Clark, as well as Sens. Bob Menendez and Richard Blumenthal. In total, 110 House and 20 Senate members have co-sponsored the bill.

The bill also has support from a group of 88 organizations, including the Center for Reproductive Rights, Amnesty International, Human Rights Watch, NARAL Pro-Choice America, the National Immigration Law Center, Planned Parenthood, and a dozen others.

At its core, HR 7228 urges the State Department to study the status of reproductive rights under the definition provided by the 1994 International Conference on Population and Development Program of Action.

The bill would require the State Department to analyze the status of effective and affordable modes of contraception in different countries, encourage health care services to help women have healthy and safe pregnancies, and focus on access to "safe abortion services" as well as "post-abortion care." It also calls on the State Department to address the issue of maternal mortality in different parts of the world as well as encourage education on preventing sexually-transmitted infections.

Lawmakers across the country turned to Twitter to tweet their support for HR 7228. Among those who praised the legislation was Florida Democratic Rep. Lois Frankel.

"There's no greater right for women than to be in charge of their own bodies," she tweeted. "By omitting reproductive rights from the State Department's annual human rights report, we turn a blind eye to the needs of women and girls everywhere. Proud to support #ReproRightsAreHumanRights Act to put an end to this."

Celebrities also supported the bill, including actresses like Felicity Huffman and Elizabeth Banks. Both wore shirts with the line — "reproductive rights are human rights" — and shared photos online.

The future of HR 7228 is hard to predict. But considering the momentum of support behind the bill, the State Department might be hearing about it for a good while.