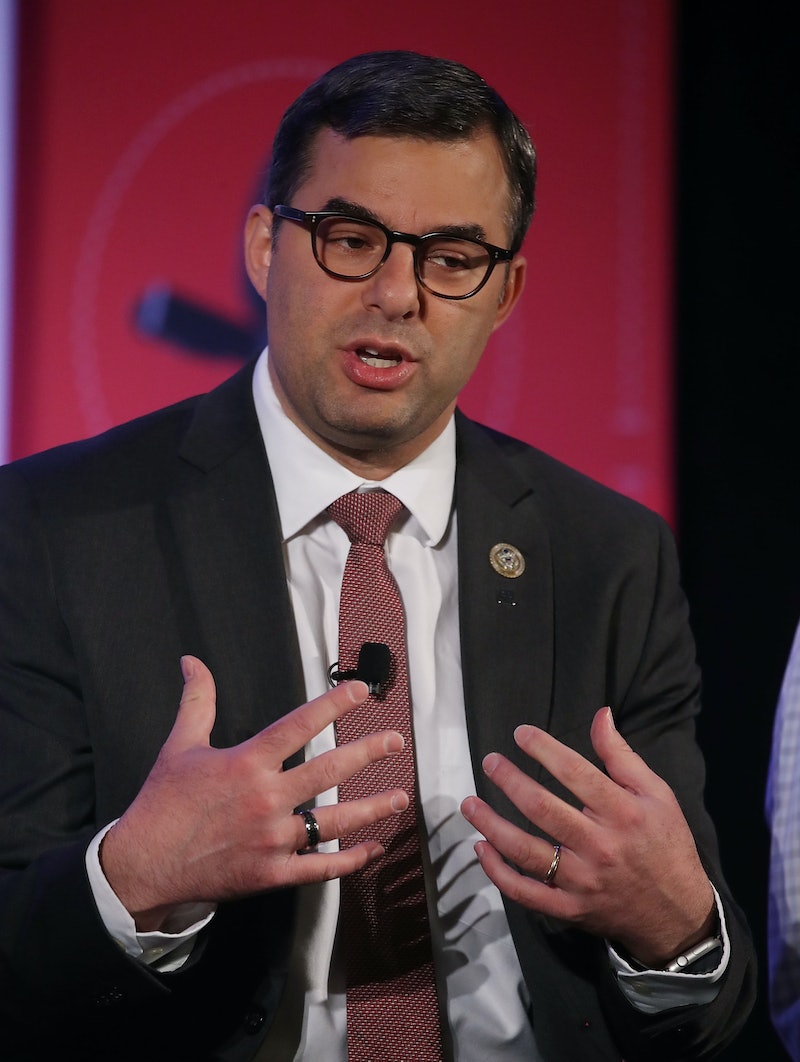 A Republican Congressman broke with the consensus of his party on Saturday in a viral Twitter thread criticizing Attorney General William Barr and the president. Michigan Rep. Justin Amash accused President Trump of "impeachable conduct" and also criticized Barr's characterization of Robert Mueller's investigation into the 2016 Trump campaign and allegations that the president obstructed justice. Amash's comments make him the first Republican Congressman to call for Trump's impeachment, according to The Hill.

In a tweet on Saturday afternoon, Amash wrote that he had read the almost-500 page redacted version of Mueller's findings:

Here are my principal conclusions: 1. Attorney General Barr has deliberately misrepresented Mueller’s report. 2. President Trump has engaged in impeachable conduct. 3. Partisanship has eroded our system of checks and balances. 4. Few members of Congress have read the report.

He went on, writing, "I offer these conclusions only after having read Mueller’s redacted report carefully and completely, having read or watched pertinent statements and testimony, and having discussed this matter with my staff, who thoroughly reviewed materials and provided me with further analysis." He goes on to accuse Barr of intending to "mislead the public about Special Counsel Robert Mueller’s analysis and findings."

He then says that the Constitution allows for the impeachment of a president who has committed “high Crimes and Misdemeanors,” and though that is not defined, he says "the context implies conduct that violates the public trust," which he says Trump is guilty of, according to Muller's findings.

According to Amash, impeachment does not require that a president has committed a crime. He writes in a series of tweets:

In fact, Mueller’s report identifies multiple examples of conduct satisfying all the elements of obstruction of justice, and undoubtedly any person who is not the president of the United States would be indicted based on such evidence.

Impeachment, which is a special form of indictment, does not even require probable cause that a crime (e.g., obstruction of justice) has been committed; it simply requires a finding that an official has engaged in careless, abusive, corrupt, or otherwise dishonorable conduct.

The White House has called Mueller's findings a victory and has characterized them as having found no collusion or obstruction of justice. But, in reality, Mueller wrote that he could not find adequate evidence of collusion and that he would leave the question of whether Trump obstructed justice to Congress, according to The Washington Post.

Congressional Democrats have been reluctant to start impeachment proceedings against the president out of fear that it could embolden Trump's supporters in 2020 and simply because they know a vote for impeachment would not pass the Senate while it's still controlled by Republicans, according to Politico. So though Amash's stance is a notable one among his party, it might not change whether Congress moves toward impeachment anytime soon.