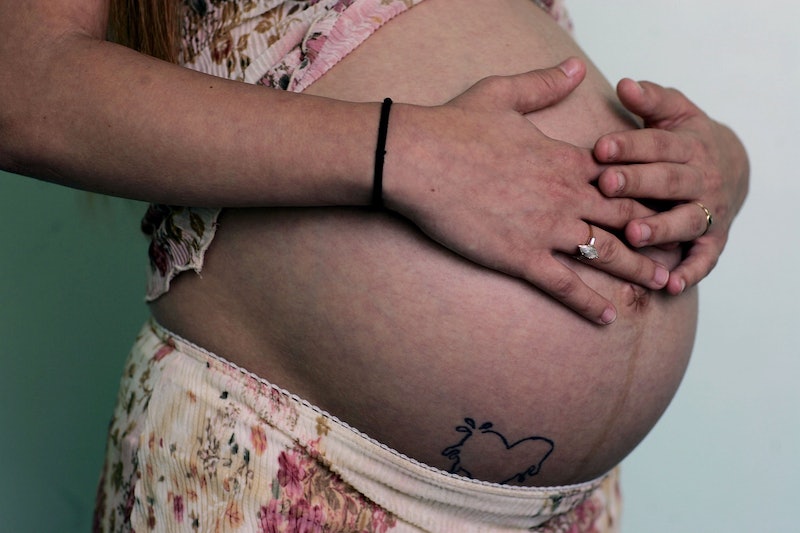 It's no secret that many Congressional Republicans are opposed to providing women with abortion options. However, their American Health Care Act could make things much harder for women carrying their pregnancies to term as well. The proposed Republican Obamacare replacement would end Affordable Care Act regulations that required qualified health plans to cover maternity care — and that could make things tougher for expectant women.

As the Los Angeles Times noted, this removal could mean that pregnant women could end up having higher bills for their maternity care. There would not be any corresponding increase in the cost of health insurance for men, regardless of whether the man in question fathered children.

What would an out-of-pocket pregnancy cost? The Daily Beast estimated that a cesarean section costs over $11,000; vaginal birth costs around $8,000. Prenatal care can also cost thousands of dollars, and other attendant fees — hospital stays, etc. — mean that American women wind up paying, on average, around $30,000 for a natural birth, according to BBC News. And these are just the costs in a typical pregnancy. If something goes wrong with the mother, the fetus, or the newborn, costs could spiral further.

Some might argue that women who cannot afford these treatments can just use Medicaid — but that's on the chopping block, too. The GOP plan will also eliminate the Medicaid expansion that covered an estimated 14.5 million Americans, according to a Department of Health report.

If the federal government passes this health care legislation, it will be up to the states to protect their citizens. Without ACA's federal regulation, individual states would still be able to require insurance providers to cover maternity care. However, there's no guarantee whatsoever that states would adopt such a provision.

Prior to the Affordable Care Act, 62 percent of American women insured by private plans were not covered for maternity care, according to The New York Times. In the absence of a federal requirement, it seems likely that private plans would return to this status quo. Women would be forced to bear the entire out-of-pocket costs of pregnancy as well as the child itself.

The ACA, and its attendant requirements, arrived at a critical moment in women's health: Maternity care costs were skyrocketing, and American maternity care is among the most expensive in the world. It is unrealistic to expect American women to pay tens of thousands of dollars — or more — simply to give birth to a child.

It is ironic, furthermore, that a party whose platform also advocates for a prohibition on abortion has now proposed policies that make it so difficult and expensive for a pregnant American woman to carry the child to term. A woman already worried about the extra costs of raising a child, as many considering abortion are, is unlikely to have a spare $30,000 to fund a pregnancy.