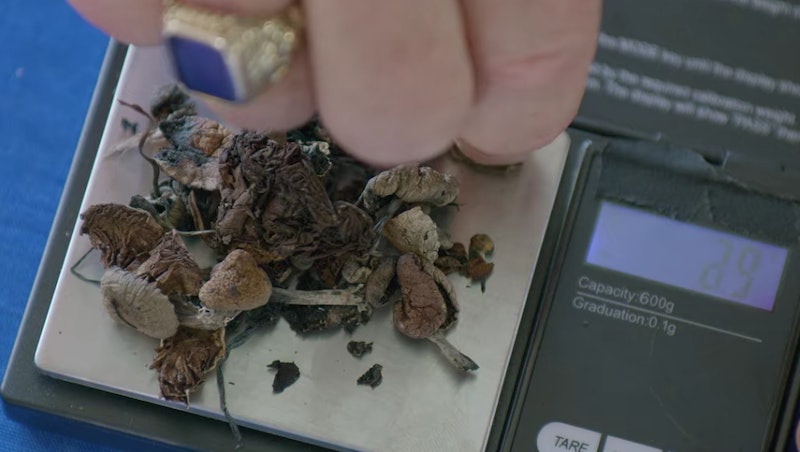 Whether they show up in your aunt's stories from the '80s, your cousin's tales from last weekend, or a new endeavor from Stark Industries' CEO (aka, Gwyneth Paltrow), psychedelics are getting plenty of play lately. Researchers have long been interested in the potential healing effects of drugs like MDMA, LSD, and psilocybin, also known as molly, acid, and mushrooms. Recent studies show that psychedelics may have an impact on mental health, but there's so much more we need to know.

In How To Change Your Mind, Michael Pollan's 2019 book examining the history of this field, he writes that LSD and psilocybin in particular "change[d] the course of social, political, and cultural history, as well as the personal histories of the millions of people who would eventually introduce them to their brains." He describes how research into these compounds' effects on mental health were underway well before their role in counterculture led to their criminalization. This legal status makes it difficult to conduct this research today, but the tide is changing.

On Jan. 17, the U.S. Food and Drug Administration (FDA) announced a new program, called Expanded Access, that will provide medical-grade MDMA to patients with treatment-resistant PTSD, VICE reports, under a doctor's supervision. Molly or ecstasy (two of the more common names for MDMA) has been shown in studies to help patients can feel safe accessing and processing traumatic memories in therapy.

The Expanded Access program begins amidst increasing research demonstrating the potential effectiveness of psychedelic drugs at improving mental health. CNN reports that cancer patients have been shown to benefit from the "magic mushroom" compound psilocybin, which a 2020 study suggested can reduce depression and anxiety. Studies are also finding that the tranquilizer ketamine can reduce treatment-resistant depression, a protocol the FDA approved in 2019.

Even though recreational psychedelic use still has risks, including legal ones, these kinds of studies show how, with professional supervision, there are potential mental health benefits. The most current research, outlined here, suggests that medical-grade psychedelic drugs might be a helpful part of making treatment more accessible to people with severe mental health issues.