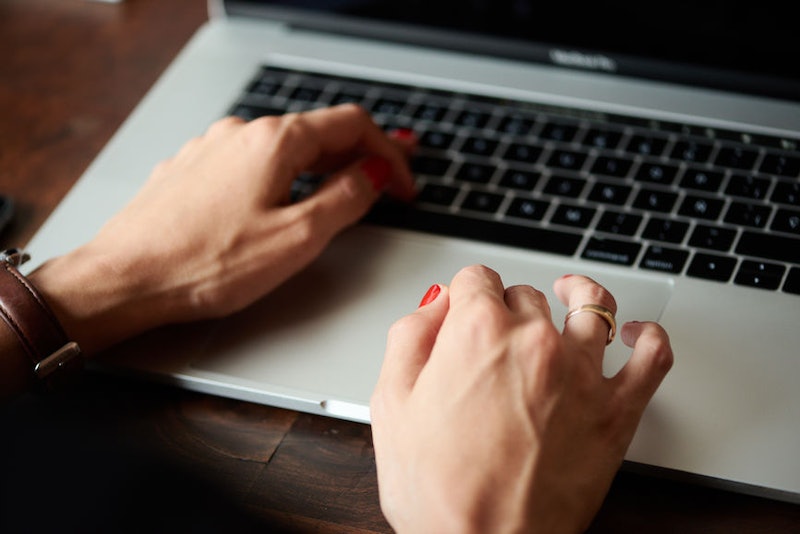 Guille Faingold/Stocksy
By Lauren Sharkey
May 20, 2019

In the past year, more than a third of victims chose not to go ahead and press charges, according to the BBC. When asked why, some individuals said it was down to the anonymity issue. Others blamed a lack of police support. A 2018 survey carried out by the North Yorkshire Police Commissioner confirmed how important anonymity was with 97 percent of respondents agreeing to the statement.

The latter comes after the mother of Alice Ruggles — a 24-year-old woman murdered by an ex-boyfriend in 2016 — said her daughter may have spoken out against her former partner if his threats to share intimate images were classed as a crime, states the BBC.

In October 2018, the Women and Equalities Committee published a report urging the government to "introduce a new law on image-based sexual abuse which criminalises all non-consensual creation and distribution of intimate sexual images, including altered images, and threats to do so. This should be a sexual offence based on the victim’s lack of consent and not on perpetrator motivation, and include an automatic right to lifelong anonymity for the complainant as with other sexual offences."

The Ministry of Justice and Home Office explained to the BBC why the law falls under the category it does: "When we engaged with victims and campaigners in designing the new law they accepted that the motive for this crime is almost always malicious, rather than sexual, which is why the law considers it a non-sexual offence.