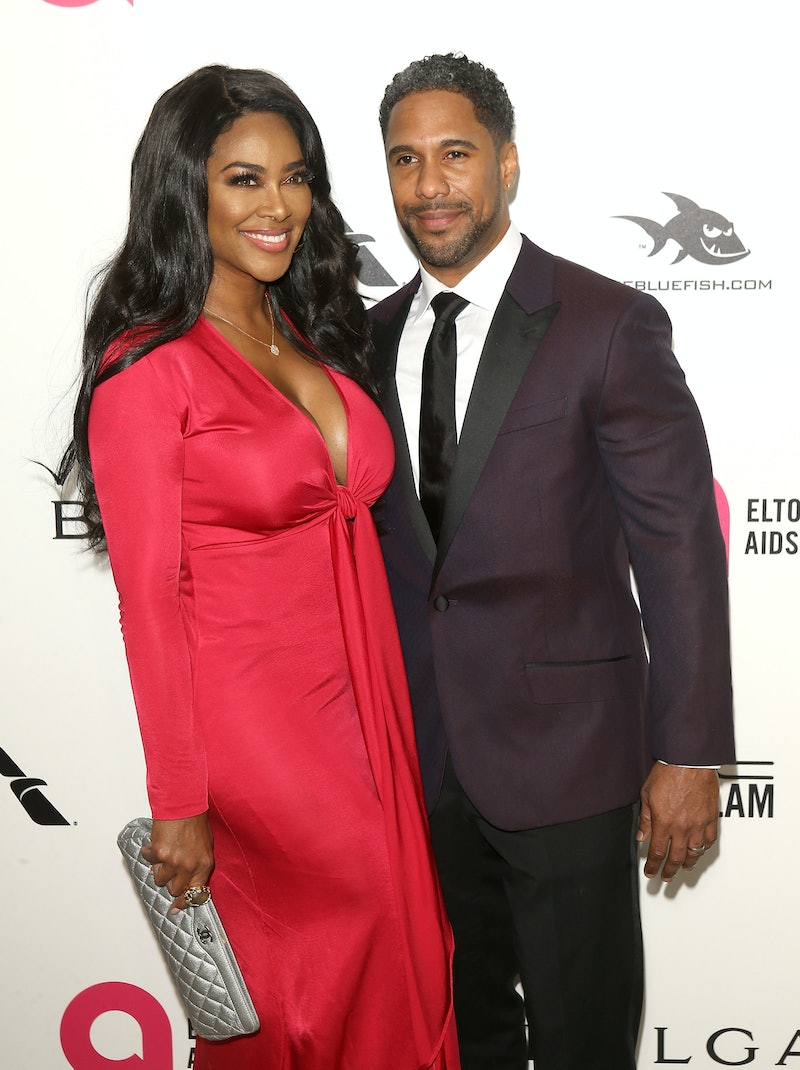 Kenya Moore and Marc Daly's marriage might over after all. Real Housewives of Atlanta star Kenya and Marc are open to getting back together, as she told E! Network's Daily Pop during a Nov. 5 interview. According to E! News, Daily Pop host Justin Sylvester pointed out that Kenya's was still wearing her wedding ring and ask if she and Marc were getting back together. Kenya told him that "arguments happen and you have highs and lows." She also emphasized that their marriage wasn't over yet. "Either of us has not filed yet, so I'm not going to take my ring off until it's over."

During her Daily Pop interview, Kenya shared, "Right now there is still a chance." The reality TV legend added, "We're still talking and we're still...we still very much care about each other and we love each other." Kenya and Marc announced their split after two years together in individual statements that they issued to People on Sept. 19. Kenya shot down rumors about his infidelity during an Oct. 30 interview with People. The mother of one told the magazine, "I can tell you I’ve heard a lot of rumors about secret families. I can tell you that’s completely made up; there’s zero truth to that." She elaborated, “In terms of infidelity, I’ve had no proof of that. That’s not our issue."

The former couple has has affection for each other. On Nov. 3, Kenya and Marc attended their daughter Brooklyn's first birthday party. During a Nov. 5 interview on The Wendy Williams Show, Kenya said, "When we were at the birthday party, he couldn’t take his eyes off me. He’s made it clear he’s still in love, I’m still in love. We kissed each other at the end of the day."

Regardless of their apparent chemistry, Kenya told Williams that there are some issues that she wants to work out before they would get back together. She said, "There is love there. The distance and everything else is just pulling us apart." Kenya lives in Atlanta with her daughter while Marc runs restaurants in New York City. During the Season 12 RHOA premiere episode, Kenya shared that she and Brooklyn traveled back and forth to spend time together as a family.

Although the former couple just announced their separation less than two months ago, Kenya has already discussed her hope for a reconciliation a couple of times. In her Oct. 30 interview with People, Kenya stated, "I didn’t get married to quit ... I believe in trying it all before you walk away, especially when we do have a child and we are a family."