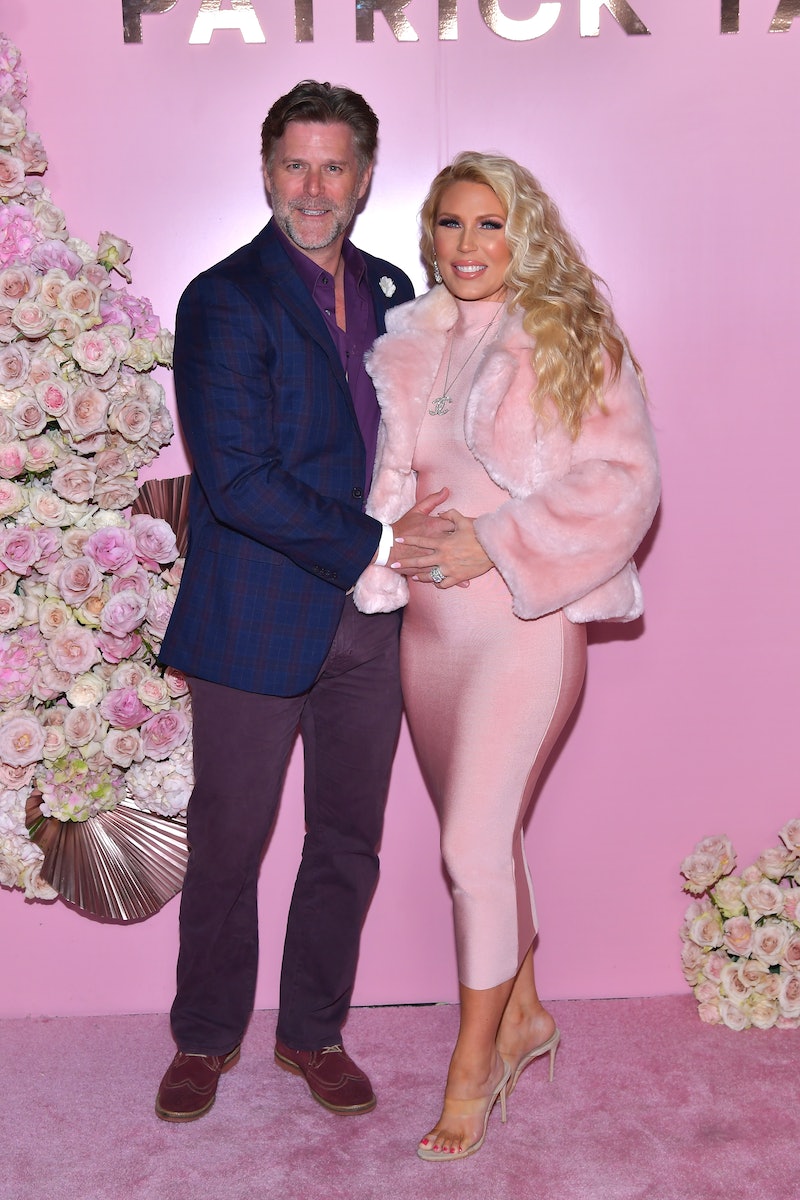 Former Real Housewives of Orange County cast member Gretchen Rossi just welcomed her first child, a daughter named Skyler Grey Smiley with husband Slade Smiley. A representative for the reality TV alum confirmed the news to Us Weekly in a statement: "Skylar Grey is here. They are doing well. They went in about 9 a.m. for a C-section at a hospital in Orange Country."

This news isn't a surprise to anyone who follows Gretchen on social media. Yesterday, the RHOC alum announced that she scheduled a c-section via Instagram post. That decision was a tough one for her to make. She revealed that she was only dilated to one centimeter. Then she explained in the caption why she ruled out a vaginal birth at that point: "Statistics show that if you aren’t dilated past 3cm then being induced is a lot harder on your body and one has a lower success of a vaginal birth, and a lot of times leads to a c-section anyways."

Gretchen shared details about why the other options just weren't for her:

"So I either labor for potentially days and go through this balloon like procedure to try and open my cervix (which may or may not work) and possibly put myself and the baby in a lot of duress during that process (because I can’t have an epidural for that part yet) and then end up potentially in a c-section anyways, or I just do the scheduled c-section, which will be a lot less stress on myself and the baby."

Gretchen went on to admit that she had "this sadness and internal struggle with 'why isn’t my body cooperating' or am I making the right decision etc."

Aside from sharing her labor plans, Gretchen also gave her followers a glimpse at her last moments before she delivered her daughter.

On July 9. Gretchen shared a video to her Instagram Story, documenting her last full day of pregnancy. She told her followers, "Guys, it's the last day with my belly bump. Ah, I'm kind of sad."

Gretchen told her then-unborn daughter, "Skyler, I'm gonna meet you tomorrow. I'm sad that my bump's gonna be gone. I really loved having this. It's been so fun and it's been such an honor carrying you."

She confessed, "I'm so excited to meet her, but I'm also really sad."

In a video she posted on July 9, Gretchen said, "Thank you guys so much for being so supportive throughout the whole pregnancy and this whole process." Gretchen and Slade conceived their daughter via IVF after years of struggles with infertility.

On the morning she gave birth, Gretchen got her hair and makeup done, which she also filmed for her Instagram Story. She compared her final pre-child glam to the last supper, which is a very Gretchen sentiment to share. She said that getting her hair and makeup done was "the only good thing about a scheduled c-section," just normal mom stuff, right? Everyone does this, right?

She shared a photo of a card that said "You are coming baby! Today is the day!"

Gretchen continued to document her day when she got to the hospital. She revealed, "The anesthesiologist is going to come in, which I'm really nervous about."

Gretchen shared a video of the last time baby Skyler was in her belly.

Gretchen did not document the actual labor, but she did share the last video of Gretchen and Slade before they welcomed their daughter. They both talked about how they were "so excited" to meet her daughter.

Even though Gretchen was so open throughout her journey to conceive, her pregnancy, and even her hospital time-prelabor, she has not shared any photos or videos since the baby was born. However, "knowing" Gretchen, like the RHOC viewers and her followers do, there are some glamorous photos and videos in the works.

More like this
Erika Jayne's Estranged Husband Tom Girardi Has Been Indicted On Fraud Charges
By Jake Viswanath
Everything To Know About 'RHOSLC' Season 4
By Jake Viswanath
Everything To Know About A Potential 'RHODubai' Season 2
By Kadin Burnett and Brad Witter
'RHOSLC’s Heather & Whitney Are Still On A “Friendship Break” After Season 3 Reunion
By Jake Viswanath
Get Even More From Bustle — Sign Up For The Newsletter
From hair trends to relationship advice, our daily newsletter has everything you need to sound like a person who’s on TikTok, even if you aren’t.