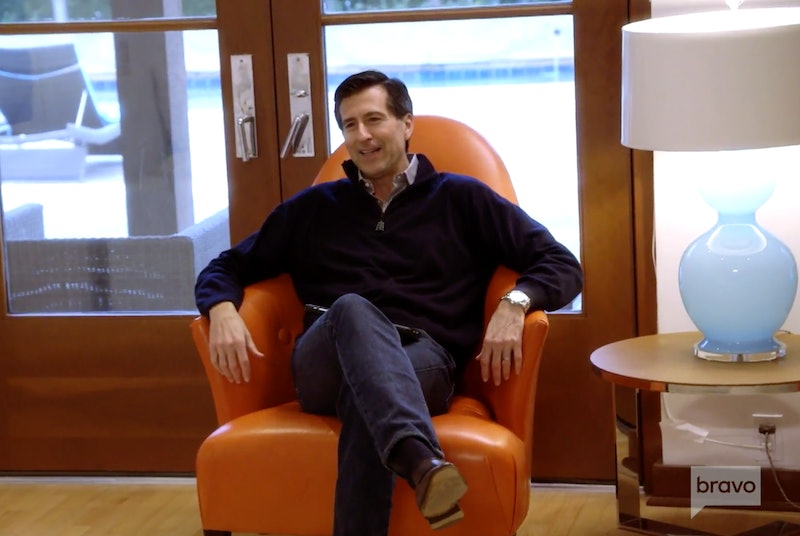 After two seasons with the same cast, Real Housewives of Dallas finally has a new addition: Kary Brittingham. And that also means there is a new husband on the show. Kary Brittingham's husband Eduardo is not an official cast member, but he will appear on Season 4.

Unlike his wife, who signed up to share her life on reality TV, Eduardo is not as open with his personal life. As of this moment, Eduardo has a private Instagram account, which makes sense. Maybe that will change as the season progresses, or maybe he will prefer to keep his personal life private. We do know some things about him, though.

Eduardo's Facebook page indicates that he is originally from Monterrey, Nuevo Leon, Mexico and a Southern Methodist University alum, which could explain how he ended up in Dallas. He is fluent in both English and Spanish. His LinkedIn page indicates that Eduardo attended SMU from 1982 to 1986. He graduated with a Bachelor of Arts in Economics. Eduardo and Kary share a twelve-year-old daughter named Isabella and he is devoted stepfather to her three children from her previous marriage.

Aside from his family life, Eduardo is a pretty busy man professionally. Eduardo is the CEO and founder of a company called Tu Familia. Tu Familia is a social media engagement platform with a focus on connecting Latinx communities, working with Gatorade, Frito Lay, and Universal, among other brands.

That's not Eduardo's only responsibility though. Eduardo is a founding shareholder and board member for Invercap, which is retirement fund asset management company in Mexico, according to his LinkedIn page. Before he got Invercap started, Eduardo was a founder, Chairman and CEO for Industrias del Agua, which owns and operates water infrastructure assets in Mexico. Prior to that, Eduardo served a founder and President of Bimexsa S.A. de C.V., which Eduardo's LinkedIn account describes as "a company specializing in hydrocarbon related remediation services and environmental consulting." Additionally, Eduardo has been a member of several different committees for the Dallas Museum of Art including the Investment Committee and the Marketing Committee.

Eduardo seems like a pretty busy guy with both his professional and familial pursuits. Still, fans will get to "meet" him on RHOD. In a clip from a Season 4 episode, Kary gave some backstory on her relationship with Eduardo. She revealed, "Me and Eduardo both have been married before and we have both gone through divorces. We met through a mutual friend. We've been married for almost ten years."

She could have stopped there, but Kary also mentioned, "When we started dating, we had crazy chemistry. We would go to a bar and we would be having sex in the bathroom." Good for them. She also shared that they have been married for ten years, which is a great milestone, but it also sounds like it may be the impetus for some changes in their dynamic.

According to her cast member biography on the Bravo website, "Kary yearns for more financial independence, but struggles to get her husband on board." Will this be Kary's main storyline? It sounds like it could be. In a clip from the season, Kary even remarked, "But after ten years, sexy time is not the same. And keeping a marriage fresh is just a lot." Especially with the added pressure of reality television. Only time will tell how the couple manages having their personal lives on national television.