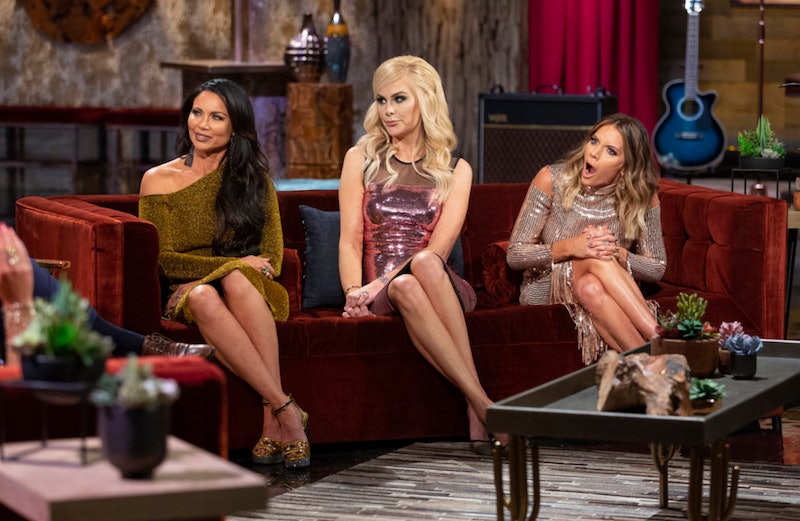 Oh, The Real Housewives of Dallas. When you return to Bravo on September 4, it will not be a moment too soon, and thankfully, there is a preview to hold us over until then. On Wednesday, July 17, People unveiled the trailer for RHOD Season 4, and let's get the big news out of the way: There is a new Cary/Kary in town. After three seasons, Cary Deuber is no longer a full-time RHOD cast member, and her spot on the main roster has been taken over by series newcomer Kary Brittingham. No, Cary did not pull a Lisa Vanderpump and quit the show altogether. Instead, she went the Vicki Gunvalson route and became a friend of Housewives.

In a statement provided to Us Weekly, Cary said,

“I will be returning to RHOD as a friend this season. Our practice has grown so much that I need to focus on managing what we built at Lemmon Avenue Plastic Surgery & Laser Center. I’m also working on a new project that I’m super excited about and hope to share with you soon. Have no fear, you will still see me and my sarcasm on RHOD!”

It looks like that "new project" is a reality show about Cary and Mark Deuber's plastic surgery practice. The day the RHOD Season 4 trailer dropped, Cary tweeted a sneak peek of a new series that she and Mark are developing with Minted Media. According to the press release, the show, which has the working title Plump It Up, will "follow as Cary struggles to balance her booming injectables business, while still assisting her husband in the OR, and managing her colorful staff personalities." The pilot is currently in the works, and they intend "to "shop the series to various cable, streaming and digital platforms this summer."

If you happen to be at your wits' end as far as Real Housewives lineup news is concerned, first of all, I don't blame you. The Real Housewives casting announcements this year have been intense, and there is only so much change we Bravo fans can take. While it is a bummer to see Cary leave the main roster (miss you and your handstands already, Cary!), at least the Cary/Kary switcheroo is the only adjustment to the show's lineup. Season 4's main cast includes RHOD veterans Brandi Redmond, Kameron Westcott, LeeAnne Locken, Stephanie Hollman, and D’Andra Simmons.

This season, viewers can look forward to someone putting baby powder in a blowdryer (what would a season of The Real Pranksters of Dallas be without at least one practical joke?), D'Andra telling LeeAnne she won't "accept her back as a friend" unless she kneels before her and say she's sorry, a Real Househusband yawning his face off in the middle of LeeAnne's wedding ceremony, Mama Dee Simmons continuing to not give a rip, LeeAnne calmly telling herself to not kill anyone because “jail’s not worth it," and an argument that culminates in Kameron and Brandi chucking cloth napkins at each other in the middle of a restaurant.

Never change too much, The Real Housewives of Dallas.