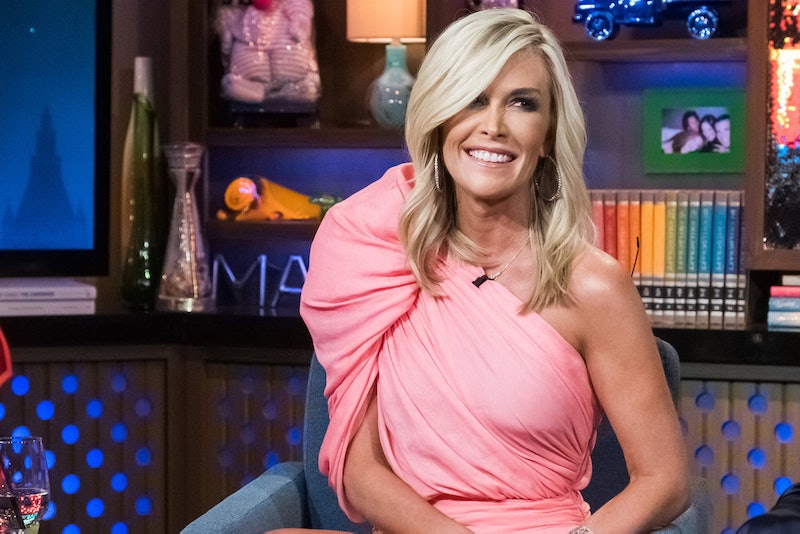 On the current Real Housewives of New York season, Tinsley Mortimer is working through her breakup with ex-boyfriend Scott Kluth. However, the show was filmed months ago and now Tins is in a very different place, which includes addressing speculation about her love life. Recently, Tinsley Mortimer responded to those Billy Bush dating rumors, in more than one interview, actually.

Even in between seasons, the life of a Real Housewife never stops and neither does the fandom's curiosity. Tinsley was very candid about the split with Scott in a June 13 interview with Us Weekly. She confessed, "I cried a lot about my ex relationship and things." This sentiment is something that the RHONY viewers are very familiar with. Who could forget when Tinsley cried with a face full of clown makeup during a heart to heart at the circus with her mom Dale Mercer? As iconic as that was, it was hard to see.

However, that's all in the past. Tinsley emphasized to Us Weekly, "Now that we’re finished and it’s over, I just feel so much more free. I feel great.” Not that Scott is done for good, what about the present? In that same interview, Tinsley was pretty coy, but she did share, "Billy and I have been good friends for a long time. And you know, I’m dating." But is she "dating" Billy Bush!?

She did not circle back to that topic exactly, but she did open up about her love life in that same conversation. She shared, "I’m really fully dating again, like fully dating, which is great."

What does that even mean? Tinsley explained, "I usually would go from one to the next to the next and this time I’m actually really dating and all and guys that all have children. It’s a new thing for me." Billy has children, is he one of those guys? Just saying.

These rumors stemmed from a June 7 Radar Online article. Some "inside sources" told the magazine that the two looked "cozy" at Brooklyn Bowl in New York City on June 1. While, there was no evidence substantiating how "friendly" that interaction was, a spokesperson for the Real Housewives of New York star did confirm that she was there.

Her representative told the website, "She was at Brooklyn Bowl on Saturday with a group of friends that included Billy." But were they there as "friends"? Apparently so, Tinsley emphasized this in a June 13 interview with People.

Tinsley insisted, "He’s a good friend and is super fun. We all did go bowling together, it was a fun night.'" Still, Tinsley has gone on bowling dates before. Let's not forget about 23-year-old Chad from Season 9.

Although Tinsley has dated on the show before, her ex Scott did not love making appearances. Tinsley discussed the role RHONY plays in her love life. The false eyelash enthusiast shared,

"The show is an important part of my life. I understand that there are people that don’t always want to be exposed to that and I can’t assume that they would. It’s a give and a take."

As a seasoned television host, Billy is comfortable being in front of the camera. Maybe he wouldn't mind being on reality TV. Or perhaps they really are just friends and there's zero chance of him popping up on the Bravo show. Tinsley has been very open about her feelings on the show. If she is dating Billy or someone else, she's bound to share that eventually. Even if the fans do have to wait for Season 12 to know for sure.