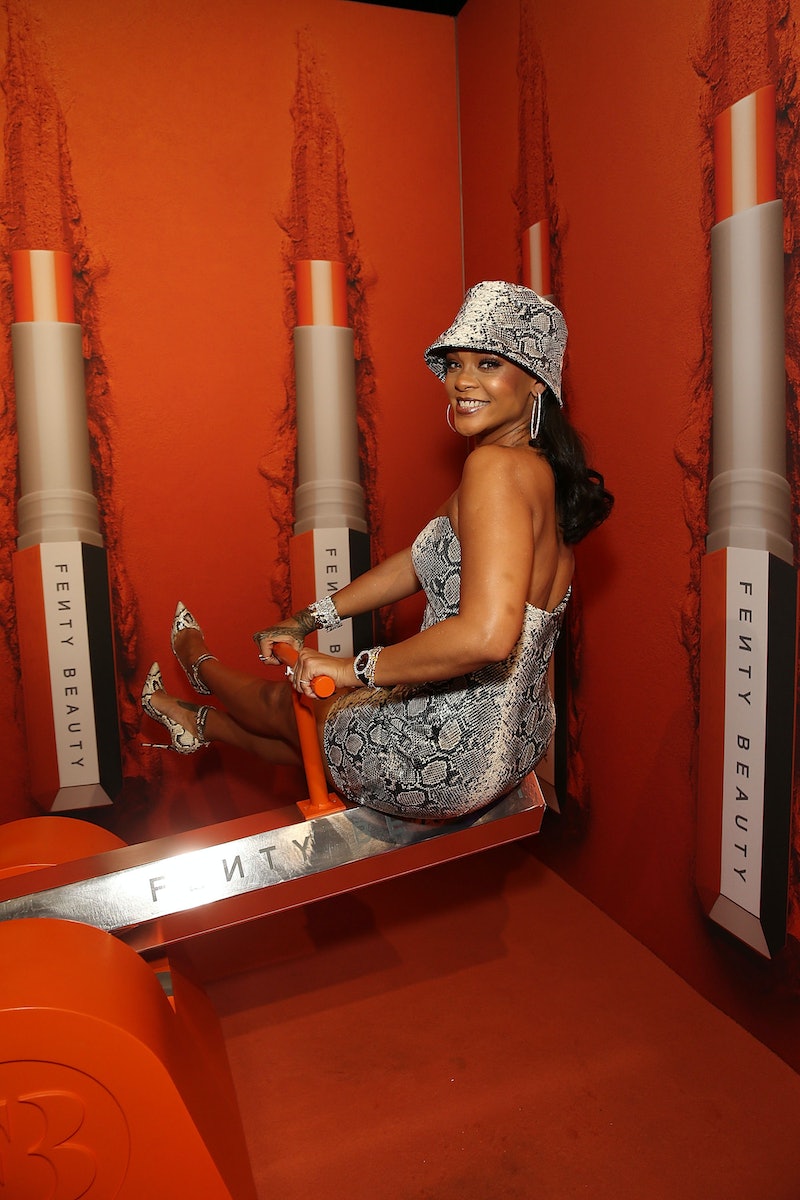 The fashion industry is constantly progressing. Even in 2019, it’s still experiencing a lot of “firsts.” Rihanna just announced her official fashion brand under luxe fashion house LVMH. And it makes Aunty RiRi the first woman to create a brand under the LVMH name.

Speculation was underway surrounding RiRi and an LVMH partnership in January when the singer had sported a pair of luxe sunglasses with the Fenty name written in the frames. Now fans can end their curiosity because Rihanna just revealed her new line “Fenty” is coming to a runway in Paris on May 22.

According to Business of Fashion, the singer-turned-designer explained that she developed the line “with no artistic limits," so the Navy should be prepared for this line to be unforgettably Ri. The Fenty brand will also be the first fashion house since 1987 that’s been built from the ground under the LVMH brand.

Rihanna’s relationship with LVMH Chairman and Chief Executive Bernard Arnault isn’t a new one. The singer’s groundbreaking Fenty Beauty line also lives under the LVMH brand, which makes Fenty’s move into luxury fashion a natural one.

“Everybody knows Rihanna as a wonderful singer, but through our partnership at Fenty Beauty, I discovered a true entrepreneur, a real CEO, and a terrific leader. She naturally finds her full place within LVMH," Arnault said.

"Big day for the culture," Rihanna wrote. "Thank you Mr. Arnault for believing in this little girl from the left side of an island, and for giving me the opportunity to grow with you at LVMH. This is proof that nothing is impossible. Glory be to God."

Women's Wear Daily (WWD) gave further details about the Fenty line, noting that the line is “centered on Rihanna, developed by her, and takes shape with her vision in terms of ready-to-wear, shoes and accessories, including commerciality and communication of the brand.”

WWD also explained that the collection will actually makes its debut in retail at the time of its launch, but the Fenty brand hasn't revealed where it will be distributed.

Rihanna isn't pulling out any tricks under her sleeves either. The domain name Fenty.com with its accompanying logo and a verified Instagram account already exists. Plus, anyone who wants to be updated on what's to come from the Fenty brand can already sign up with their email to be notified.

In January, fans knew Rihanna was breaking into the luxury market with a pair of sunglasses and WWD detailed that LVMH had already selected the members and employees to bring this high-end dream to fruition.

According to WWD, the LVMH fashion house had already been choosing veterans from Louis Vuitton and Celine to come on board to the Fenty ship.

Rihanna's new business venture shouldn't come to any of her fans as a shock. The makeup mogul is has been hiding products and launches in plain sight like easter eggs for ages on magazine covers and in her day-to-day.

Rihanna has already broken barriers and stirred up conversation in the beauty world, so fashion better watch out for this creative island gyal.