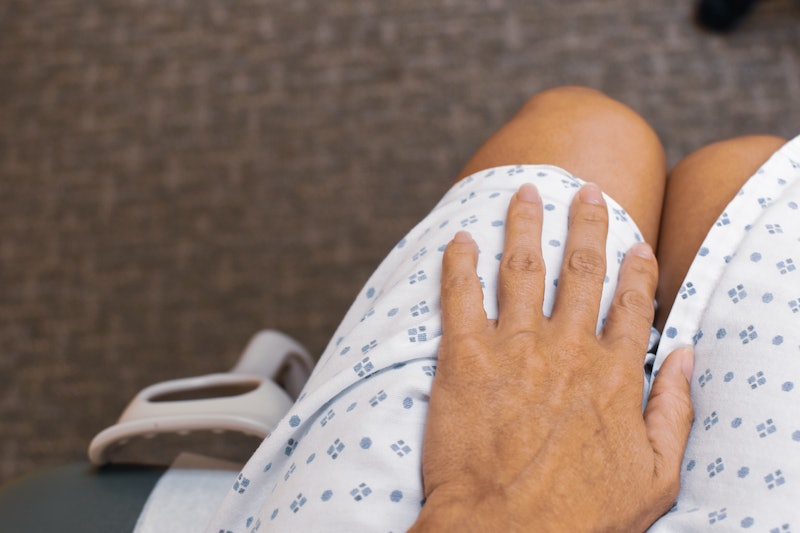 On Oct. 8, the CDC released the 2018 STD Surveillance Report, its annual report of the number of reported STI infections — and the news was not good. For the fifth year in a row, reported sexually transmitted infection (STI) rates were at an all-time high, with nearly 2.5 million combined cases of chlamydia, gonorrhea, and syphilis. (That’s up from just under 2.3 million in 2017, an increase of approximately 200,000 cases.) Additionally, cases of congenital syphilis — which is when a pregnant person passes on syphilis to their fetus during pregnancy, and which can lead to long-term negative health effects and even death of the infant — were up by 40%.

According to the report, one of the main factors contributing to this rise is budget cuts to programs that fund sexual health programs across the country. Those cuts have led to the closing of STI and public health clinics, a loss that the CDC directly credits for contributing to the rise in STIs, and the current administration's recent change to the rules for qualifying for Title X funding will only exacerbate the problem.

From 2003 to 2018, the purchasing power of the CDC’s annual budget decreased by 40%, Reuters reported. The CDC uses that money to fund state and local programs that help with STI prevention through things like clinics and sexual wellness programs. States and cities apply for grants every five years, and then have to work with whatever they’re awarded until the next grant round.

Dr. Ina Park is an associate professor at the University of California, San Francisco (UCSF). She explains what the budget cuts look like on the ground.

First, the “purchasing power” — which is how much that dollar amount can actually purchase — is less at the end of the five years than at the beginning, due to inflation, Dr. Park tells Bustle. (For example, the cost of medical supplies could be $10k in 2005, but the exact same supplies might cost $12k in 2010.) And not only are organizations effectively working with less money at the end of the grant period, but they’re also often awarded the same amount or only a little bit more in the next grant cycle. That means that their purchasing power is further reduced, even if the grant is technically bigger.

Dr. Park tells Bustle that during the 12 years she’s been working in the field of STI prevention, she’s seen public health STD clinics around the country shut their doors, due to lack of funding. “What that results in, on the client end, is that access to these services is difficult and/or accessing their regular provider [i.e., their GP] is difficult or too stigmatized,” Dr. Park says, People feel shame around sex and STIs, and therefore aren't comfortable talking to a family doctor about this issue. “In that case, the easiest thing to do is not be screened.”

Dr. Park says that while people who are showing symptoms may be motivated to go to the doctor, those without symptoms — and many STIs, including chlamydia, gonorrhea, herpes, and HPV, don’t show symptoms in the majority of people who have them, according to Planned Parenthood — don’t know they’re infected. Without easy and affordable access to regular STI screening, those people are more likely to continue spreading the illnesses within their sexual communities.

Dr. Park also says that the cuts have led to a reduction in “boots on the ground” workers who inform partners of people infected with syphilis, so that they can get tested and treated themselves. These disease intervention specialists — or “sex detectives,” as Dr. Park refers to them — are on the literal front lines of the public health battle against infections like syphilis. They’re also, unfortunately, some of the first to go when budgets are cut. Without these workers, it becomes incumbent upon the patient to inform previous partners that they've been diagnosed with an STI, which, thanks to stigma, isn't something most people are keen to do.

“When you don’t have those people, there are more and more people walking around with the STI for a longer time and are able to spread it to the community,” Dr. Park says. “The combination of people being infected for a longer time, plus lack of access, means higher rates of infection.”

And it’s not just budget cuts that affect these programs. Title X is a federal program that was established in 1970 to provide “comprehensive and confidential family planning services and preventive health services,” according to Physicians for Reproductive Health. It prioritizes providing services to poor and low-income people through grants to clinics and non-profits. But the money comes with strings attached — and those strings recently got shorter. The Trump/Pence administration introduced a “gag rule” in February 2019, which forbids Title X recipients from referring their patients to information about abortion services or performing abortions. (Title X funding has never been allowed to pay for abortions.)

Planned Parenthood was one of the nation's biggest recipient of Title X funding, according to The New York Times, with $60 million per year going to serve 41% of Title X-eligible people in the United States, but they chose to opt out of Title X funding in August 2019. That was the deadline for grant recipients to show that they were complying with the gag rule and not giving patients information about abortion, a move that Planned Parenthood refused to make.

While it’s still much too early to say what the effects of Planned Parenthood rejecting Title X funding will be, Dr. Park says that anything that reduces access to free and low-cost health services could potentially increase the STI infection rate.

Finally, it’s important to note that funding cuts aren’t the only reason the reported number of STIs increased again in 2018. Dr. Park says that the rise of “geo-sexual networking apps” — aka, dating apps — “allow for a mixing of sexual networks” in a way that didn’t happen before, thereby making the spread of STIs easier. She also points to the growing popularity of pre-exposure prophylaxis (PrEP), a daily pill that prevents HIV infection, which has led to an increased number of people choosing not to use condoms. People on PrEP are also recommended to get tested every three months, which means more STIs are being detected than when the pill was first introduced seven years ago. And the final contributing factor that the CDC says is contributing to the rise in STIs is “[d]rug use, poverty, stigma, and unstable housing,” which can contribute to a difficulty accessing STI prevention and care.

But while the rise in STI rates is due to multiple factors, cutting funding to the very programs that educate about, detect, and treat STIs certainly won’t help reduce the STI rate — and will likely continue to contribute to the rise in STIs. And while it’s not on the individual to solve that problem, there are things that individuals can do to help stop the spread of STIs in their own communities. The very first: Get tested. Dr. Park recommends checking out YesMeansTest to find a clinic near you.

Correction: A previous version of this article misstated Dr. Ina Park's current affiliation. It has been updated to include the correct information.

More like this
How Getting An Abortion Has Changed From The ’60s Through Today
By Amanda Chatel
The UK Abortion Laws In 2022, Explained
By Sophie McEvoy
6 Abortion Advocates To Follow On TikTok
By Sara Youngblood Gregory
How To Protect Your Digital Privacy If You Need An Abortion Post-Roe
By Kaitlyn Wylde
Get Even More From Bustle — Sign Up For The Newsletter