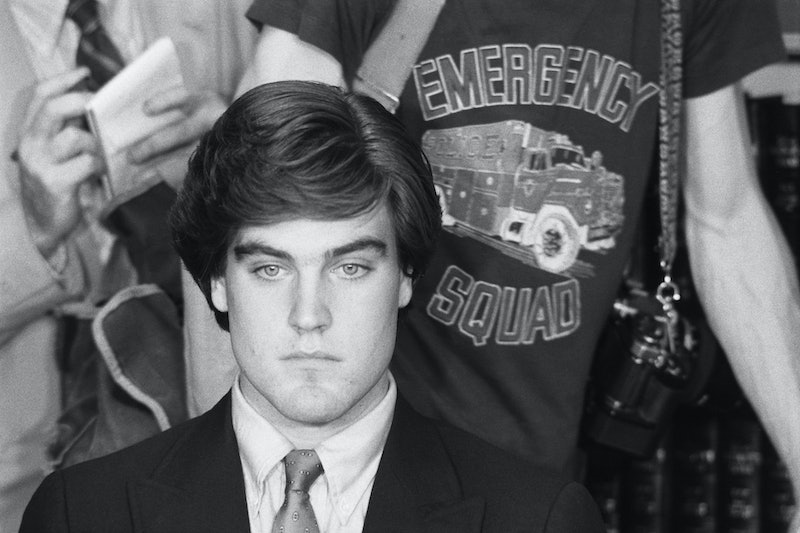 This Wednesday, AMC and Sundance will jointly air The Preppy Murder: Death in Central Park, a five-part series about the killing of 18-year-old Jennifer Levin by 19-year-old Robert Chambers, who landed on the cover of New York mag in the lead up to the trial due to his reported good looks. When it happened, the so-called "Preppy Murder" was the court case of the decade, attracting wall-to-wall news coverage and spawning a glut of true-crime inspired pop culture: a TV movie starring Lara Flynn Boyle (The Preppie Murder), a Law & Order episode (“Kiss the Girls and Make Them Die”), and even a song by The Killers (“Jenny Was a Friend of Mine”).

Then, the case was largely forgotten; the Preppy Murder's star prosecutor Linda Fairstein was recast as a villain in the case of the Central Park 5. Meanwhile, Chambers served just 15 years for Levin’s murder — despite being in jail now on unrelated charges.

First, the facts: Robert Chambers killed Levin early in the morning on August 26, 1986, less than two hours after the pair left Dorrian’s — an Upper East Side bar with a reputation for serving underage patrons — at 4:30 AM. The teenagers knew each other. Levin had told her friends she liked him, and they'd had "flings" in the past. Before sunrise, she'd be strangled in the middle of Manhattan's famed Central Park.

The crime was a tabloid sensation, crossing the rigid geographic boundaries co-director Ricki Stern says defined Manhattan at the time. Chambers was the East side prep school athlete and former altar boy; Levin was Jewish and a downtown girl. By the time he faced trial in 1988 on charges of second-degree murder, it seemed that Chambers was already winning in the court of public opinion. Former Cardinal Theodore Bishop, decades before he’d become the most senior Catholic official defrocked in the church’s sexual abuse scandal, wrote a letter to the court on Chambers’s behalf.

Initially, Chambers denied any involvement in Levin’s killing, but by the time of the trial, his attorneys had come up with the novel “rough sex defense,” insisting her death was a mishap during consensual sex. In other words, victim blaming. It worked. After nine days of jury deadlock, Chambers' team had the leverage they needed to force a plea deal for manslaughter with it's comparatively meager sentence of five to fifteen years.

In the end, Chambers served every last day of that sentence. After assaulting a correctional officer, her was moved to Clinton Correctional Facility — a prison along the Canadian border that’s earned the nickname “Little Siberia” for housing some of New York’s most violent offenders (it's also the subject of last year's Escape at Dannemora). Nearly 5 years of his prison term were served in solitary confinement. When he was released in 2003, Chambers was greeted with more media attention, including a 48 Hours interview. That was then.

As for where Robert Chambers is now, the answer is Sullivan Correctional Facility, after having plead guilty to selling a controlled substance and assaulting a police officer in 2008. This time through the justice system, though, the Preppy Killer wasn't a handsome teen with powerful clergy on his side and a tabloid-ready defense. He was a 41-year-old drug addict with a long rap sheet for drugs, burglary, assault and manslaughter. He was sentenced to 19 years in prison.