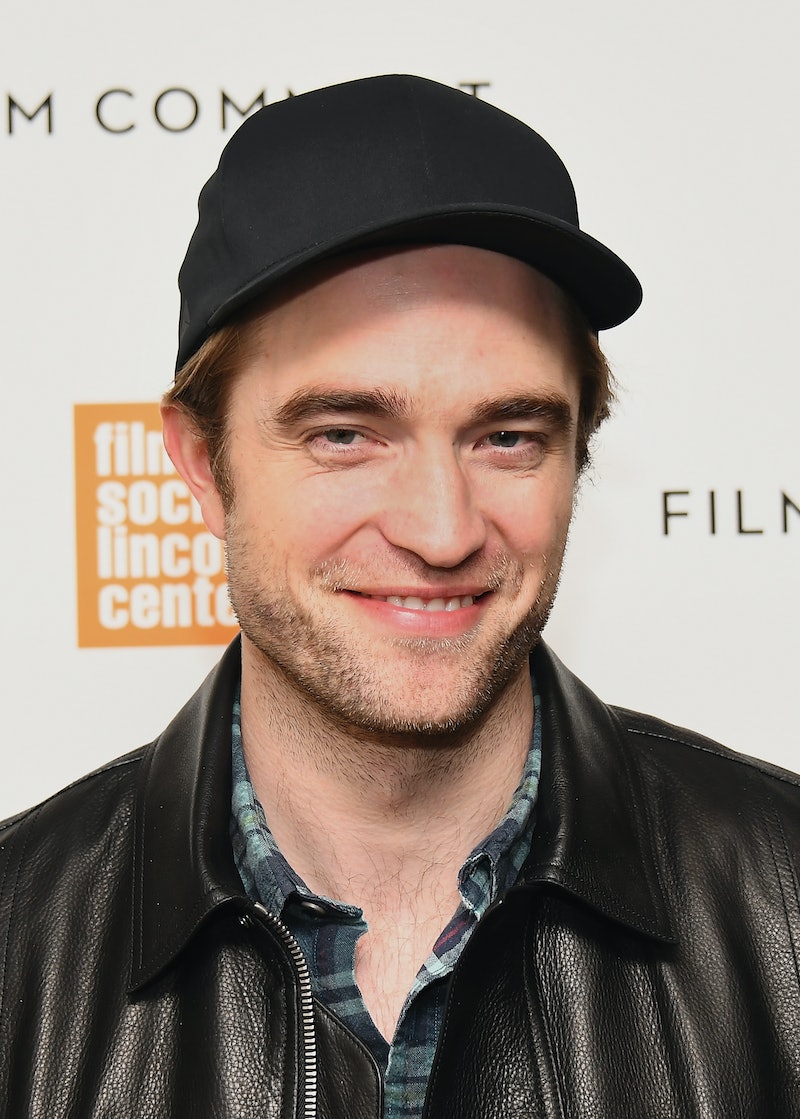 The new Batman has been reportedly chosen. On Thursday, May 16, Variety reported that Robert Pattinson will star in The Batman as the Caped Crusader himself. (Bustle reached out to Warner Bros. for comment on the news, but did not immediately hear back.)

At the same time, Deadline reported that Warner Bros. hasn't officially chosen Pattinson for Batman just yet, but has the actor on a shortlist for the role along with X-Men: Dark Phoenix actor Nicholas Hoult. According to The Hollywood Reporter, Pattinson is the frontrunner for the Batman role.

Variety reported that Pattinson would play the superhero in Matt Reeves' upcoming movie about the Caped Crusader, which is set to film sometime in late 2019 or early 2020. The actor, whose break out role was playing vampire heartthrob Edward Cullen in the Twilight franchise, would be taking over the Batman role that was vacated by Ben Affleck, who starred in the 2016 movies Batman V. Superman: Dawn of Justice and Suicide Squad, as well as the 2017 film Justice League. Variety pointed out that at age 32, Pattinson would be the youngest actor ever to take on the superhero role.

When the casting report broke on late Thursday, fans naturally took to Twitter to react to the fact that Pattinson could be Hollywood's newest Batman and the actor's name was even trending on the social media platform. Many of the tweets expressed excitement about the potential casting and lots of fans have already nicknamed the actor R-Batz or R-Bats (an inspired pun on his nickname, R-Patz).

Some Twitter users were excited to see Pattinson take on a brand new franchise.

Though some fans on Twitter weren't as enthusiastic about the news.

One fan is waiting to judge Pattinson as Batman until they see The Batman.

The solo Batman film was originally announced in 2017 and in January 2019, Affleck confirmed that he was turning off his own bat signal for good. He confirmed the news on Twitter on Jan. 30 with a tweet quoting a Deadline article about his departure.

Excited for #TheBatman in Summer 2021 and to see @MattReevesLA vision come to life.

Rumors about Affleck's Batman departure had been circulating as early as June 2018, but they were only officially confirmed by the actor in January 2019. Deadline's Jan. 30 report about Affleck leaving the franchise noted that The Batman will focus on a "young Bruce Wayne" — which definitely aligns with the reported casting of Pattinson, who could be the youngest actor to play Batman, if these reports turn out to be true.

Another young Bruce Wayne will also be portrayed in upcoming movie The Joker starring Joaquin Phoenix, where Bruce will be a child played by Dante Pereira-Olson and the film will also reportedly feature Thomas Wayne, Bruce's dad, as a major character

Whether or not the reports about Pattinson playing Batman are true, it looks like there's a lot of excitement surrounding the reports — and fans might be getting a new Batman sooner than they thought.