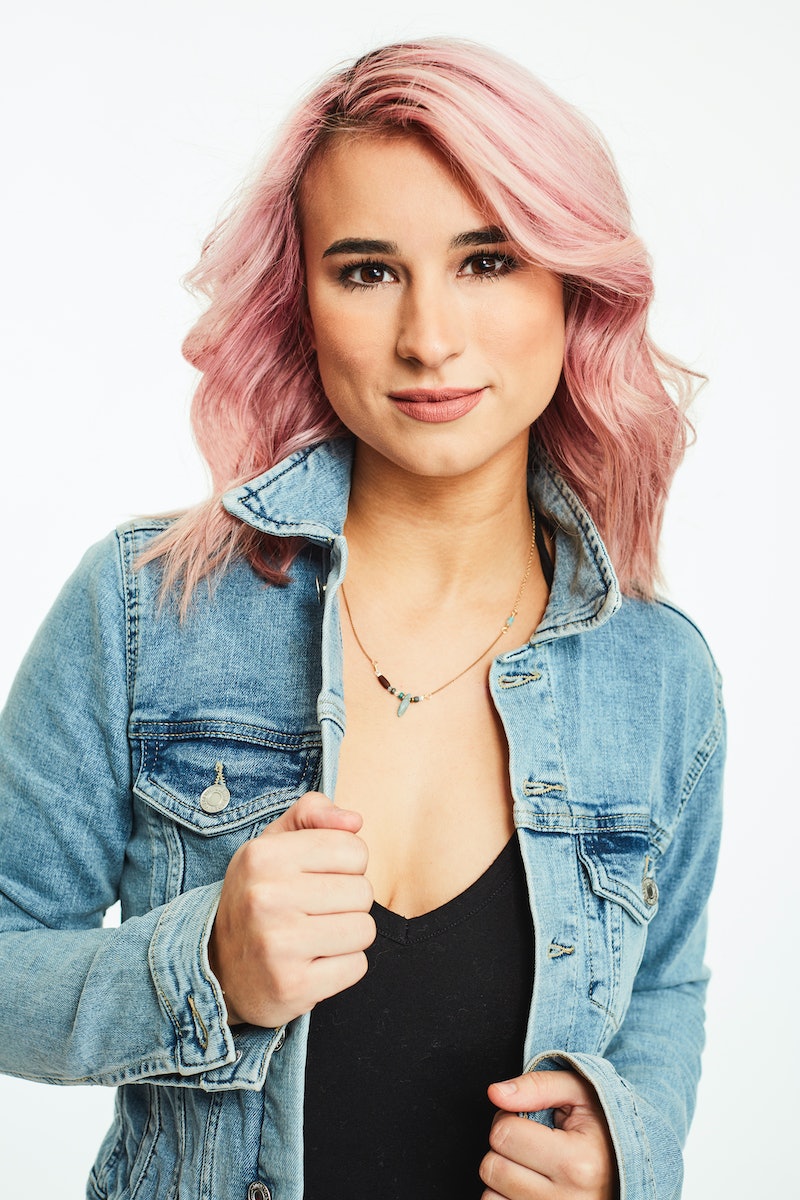 Get ready to be serenaded, Bachelor Nation, because this time around, music is taking center stage. The new spinoff series, The Bachelor: Listen To Your Heart, brings together 20 single musicians to play music and go on dates. That includes new Bachelor: Listen to Your Heart star Ruby, an indie-pop performer from Austin, Texas, who might be the most ambitious musician to join the show yet.

Host Chris Harrison described The Bachelor: Listen To Your Heart as, "Bachelor In Paradise meets A Star is Born," as per E! News, and that seems right up Ruby's alley. Musicians don't necessarily have the best reputation in Bachelor Nation, since many of them participate in the show for the "wrong reasons," (see: Jed Wyatt's appearance on The Bachelorette). What makes this show different, however, is that the musicians are all upfront about wanting to advance their music careers. Finding love is an added bonus, and it's one new contestant Ruby is excited to explore.

Ruby Jane Smith is a 25-year old musician originally from Mississippi, who is "no stranger to trying to mix love with music," according to her official profile. The Indie-Pop performer said she's dated band members in the past, and though those relationships didn't work out, she's still hopeful about her success on the show.

The musician also has an impressive resume — she was the youngest fiddle player to perform at the Grand Ole Opry. And before embarking on a solo career, she performed with major stars like Lady Gaga and Willie Nelson.

What Kind Of Music Does Ruby Make?

A self-proclaimed "indie-pop" musician, Ruby is a multi-instrumentalist. She started playing music at 2-years old, as per ABC, and seems to have picked up many new skills over the years. In addition to being an accomplished fiddle player, Ruby plays guitar and sings. She's spent the last few years working on her solo career, and often posts songs and performances on her Instagram.

It's clear from Ruby's Instagram that the reality star takes her career seriously. She's posted plenty of photos and videos from performances, as well as pictures from various photoshoots, and videos of cover songs.

Even though it's clear the singer has a bustling social life - her friends appear in plenty of photos on Instagram - her romantic life is notably absent from the account. This might suggest that she hasn't prioritized relationships in recent years, but appearing on The Bachelor spinoff might just change that.

Ruby included several fun facts on her ABC bio, including that she's performed for all five living U.S. Presidents. She also noted that she's "attracted to intelligence and ambition," so fans will definitely have to keep an eye out for who the musician connects with on the show.