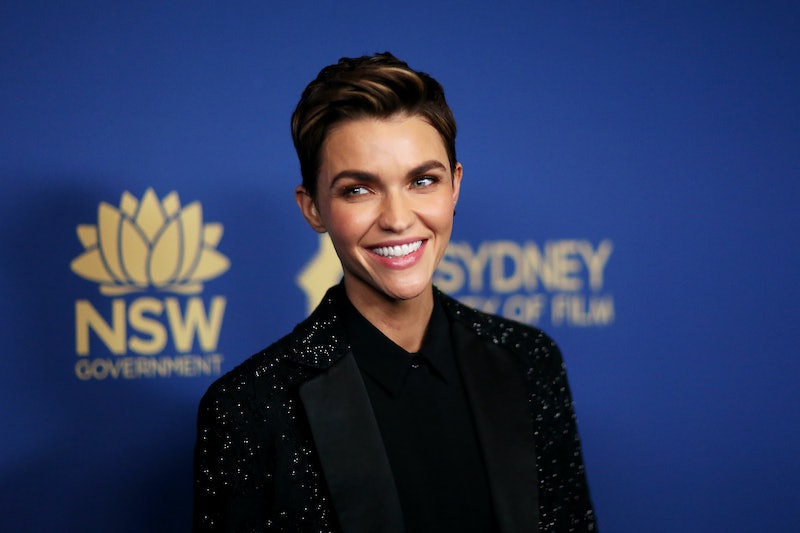 Ruby Rose has officially hung up her cowl and cape. A week after the Australian actor revealed that she was stepping down from the CW series, Ruby Rose shared a statement about leaving Batwoman on Instagram, alongside a video of some of her favorite moments from the show's first season. The clip, which is set to Reece's "Last Time," appears to be a fan edit of clips from the show, featuring Rose in character as Kate Kane, an heiress and cousin of Bruce Wayne who takes up his mantle in order to protect Gotham City.

"Thank you everyone for coming on this journey," Rose wrote. "If I mentioned everyone it would be 1000 tags.. but Thank you to the cast, crew, producers and studio." The actor also acknowledged that leaving the show "wasn’t an easy decision" for her to make, "but those who know, know." She continued, "I didn’t want to not acknowledge everyone involved and how big this was for TV and for our community. have stayed silent because that’s my choice for now but know I adore you all."

Rose concluded her post by wishing her former collaborators and everyone involved in the show the best of luck on future episodes. "I’m sure next season will be amazing also," she wrote, adding that she is officially "hang[ing] up cowl and cape."

On May 19, Rose announced that she had made the "very difficult decision" to leave Batwoman after one season, and that the role will be recast ahead of the upcoming second season. "This was not a decision I made lightly as I have the utmost respect for the cast, crew and everyone involved with the show in both Vancouver and in Los Angeles," she said in a statement, according to The Hollywood Reporter.

In a statement of their own, Berlanti Productions and Warner Bros. Television thanked Rose for her work and vowed to cast another LGBTQ+ actor in the lead role. (Rose made history as the first openly gay superhero lead when Batwoman premiered in September.) "The studio and network are firmly committed to Batwoman’s second season and long-term future, and we — along with the show’s talented creative team — look forward to sharing its new direction," their statement read.

Shortly afterwards, a source told TVLine that Rose's departure "wasn’t 100% her decision," and compared it to a mutual breakup. "She wasn’t happy working on the show, and did that make her fun to work with? No," the source said, explaining that Rose was allegedly struggling with the long hours of filming and relocating to Vancover, Canada, where the show was filmed. "So everyone decided it would be in the best interests of the show, and for all concerned, if they parted ways. It just wasn’t a good fit."

Despite sharing her pride at making history with the role of Kate Kane, Rose has often acknowledged the difficulties of filming Batwoman. In September, she revealed that she had suffered a neck injury while filming a stunt that almost left her paralyzed. "I think in Hollywood it's sort of like, you're meant to be young and beautiful and strong and good at all these different things," Rose said on Buzzfeed's AM to DM show, after sharing a video of a surgery resulting from her injuries. "And it's kind of like — we're also human beings." Thus far, Rose's replacement has yet to be announced.

More like this
'The Queen’s Gambit' Season 2 Tweet Wasn’t From Anya Taylor-Joy
By Mary Kate McGrath, Jack Irvin and Grace Wehniainen
Netflix Shut Down 'Bridgerton' S3 Rumours About A “Very Dark” Storyline
By Bustle
'RHOSLC' Star Jen Shah Refuses To Do A Post-Sentencing Interview With Andy Cohen
By Brad Witter and Jake Viswanath
'GoT' Star Emilia Clarke Says She "Just Can't" Watch 'House Of The Dragon'
By Brad Witter
Get Even More From Bustle — Sign Up For The Newsletter
From hair trends to relationship advice, our daily newsletter has everything you need to sound like a person who’s on TikTok, even if you aren’t.