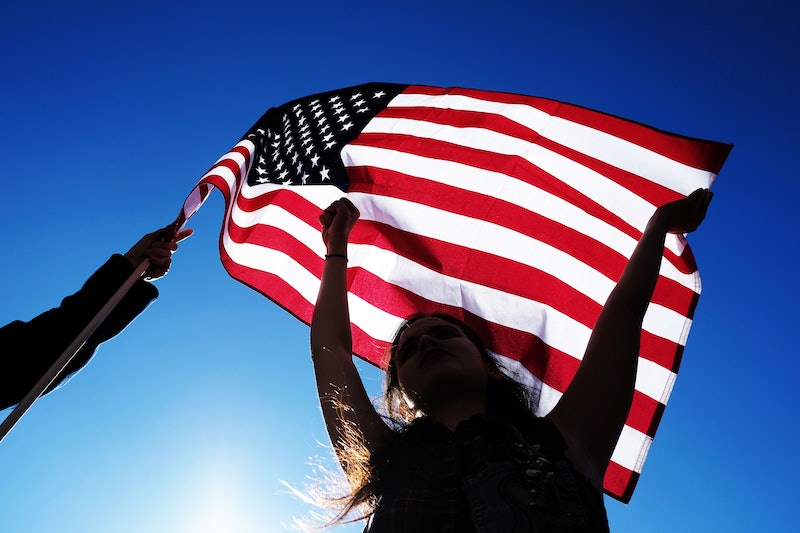 The following is an excerpt from Run for Something: A Real-Talk Guide to Fixing The System by Amanda Litman. It appears courtesy of Atria Books/Simon & Schuster.

Local government is where sh*t gets real. A necessary caveat: There are a lot of variations in how local governments work. The only rule is that there is no single set of rules. Everything from partisanship to structure to pay to requirements to responsibilities to jurisdictions to titles changes from locality to locality. To get a sense of the options, pick a jurisdiction from the first column in the chart below and a possible position from the second column—any of these could exist in your area, depending on your state constitution and local charters.

Many localities have some kind of representative legislature, like a board, council, or commission, and an executive—maybe it’s a mayor who is elected and works separately from the city council, or maybe it’s a chair of the board.

There’s also a whole world of what’s called “special purpose” governments designated to serve a particular function. What this means in practice: conservation districts, homeowners’ associations, library boards, parks and recreation authorities, airport authorities, highway and mass transit authorities, and school districts. Some special-purpose governments are appointed and others are elected. Go down the internet wormhole on your town and figure out what your options are.

Run for Something: A Real-Talk Guide to Fixing the System Yourself by Amanda Litman, $11.59, Amazon

1. You should consider running for city council.

public services like libraries, pools, and transportation. They often oversee utility companies in the area, so they might have a say in electricity delivery or water companies. City councils tend to be the organizations that regulate trash pickup and land use. If you want to start an open-air fresh-food market or put on a parade, your city council likely has to approve. City councils decide whether your city has to take out a loan to pay for something—and whether they’ll raise your local taxes to pay back that loan. Someone has to make those kinds of decisions. If you love where you live (or if you hate where you live and want to fix it), you need to run for city council. To figure out what’s going on in your area, here’s the first step you should take.

LEARN MORE ON THE INTERNET Google “[YOUR TOWN] clerk.”

Clerks are usually the keepers of the rules and guidelines for local government.

You should find their website, find a working phone number, then call them. (Yes, pick up the phone and call them.) If they can’t help you, they’ll know who can. When they pick up, here’s what to say: “I care about [insert issue here]. What part of our local government can help me solve that?”

2. You could also consider running for school board.

School boards (sometimes called boards of education, school committees, school directors, or trustees) are the champions for public education and the ones putting students first. If you’re on a school board, you’re responsible for employing the school superintendent; developing school district policies, curricula, and budgets; overseeing facility issues; and adopting collective bargaining agreements. On a more existential level, school board members are responsible for the community. After all, people tend to use the quality of schools as a shortcut for assessing how “good” a town or district is—and the quality of schools is determined, in part, by the school board. (This kind of rationale is admittedly simplistic and reductive. Bear with me.)

LEARN MORE ON THE INTERNET Google “[YOUR STATE] school board association.”

3. You don't need experience, money, or a thick skin to run for local office

1. Experience: Elected officials have to get their start somewhere. Local office is that “somewhere.” This kind of office is the first entry point for most people getting into public service. You’re not usually going up against folks with ten-page résumés or long lists of previous elected experience. You’re going up against other people just like you—people who care about solving a problem.

The bigger the school district, the more expensive it is. In Los Angeles, for example, the 2015 race for four of the district’s seven seats cost more than $1.1 million. But! Nearly half of that was for one of the four seats. The other three split the remainder. And that’s Los Angeles, where the student enrollment alone would be as big as the country’s twentieth-largest city.

But remember, you’re not self-funding—these are not out-of-pocket figures. You’re raising money from people who share in your vision of what your community could be.

3. A Thick Skin: If you’re getting into public service and the spotlight, you should be okay with criticism. But local races tend to be nicer and more positive than the congressional or statewide races you’re used to seeing covered on TV and in the papers. You’re not getting nasty when you’re running against your neighbors.

The only real requirement is time and hustle. Local elections are won and lost through voter contact. You’re going to need to talk to voters one-on-one and introduce yourself, explain why you’re running, and what you’re going to do for them if you get elected. It’ll take time, effort, and energy. It’ll be exhausting and exhilarating. It’s how you’ll win.

I'll end this with a quote from Andrew Gillum, the mayor of Tallahassee, on the importance of local government: "I think local government is everything. The fact that I can cast a vote on Wednesday night and it has an impact on Thursday morning is amazing to me. The decisions we make are not in the abstract. They have very real consequences for people, and those consequences are in your face. Local government puts issues and solutions in your face better than most, because if you don’t do what you’re supposed to do, you’re going to hear about it at church or synagogue, on date night, at the grocery store, and at your neighbor’s house.”

Run for Something: A Real-Talk Guide to Fixing the System Yourself by Amanda Litman, $11.59, Amazon