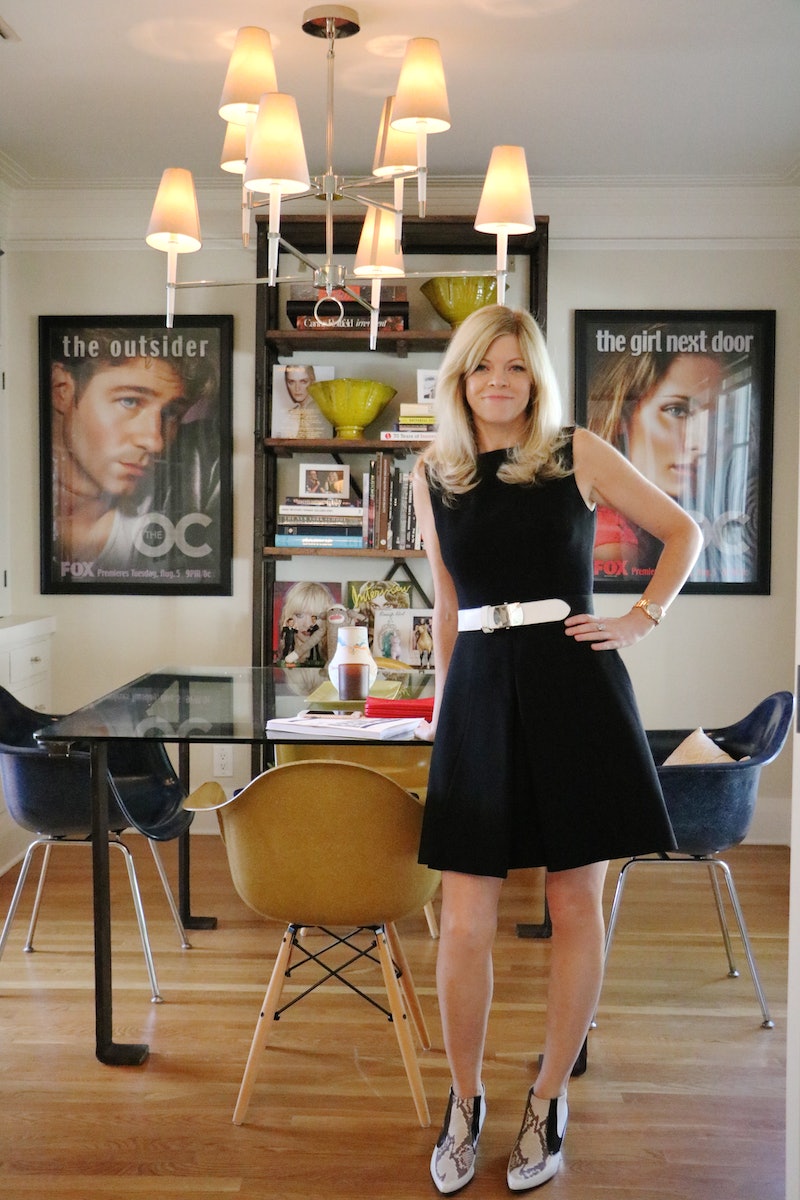 When Gossip Girl and Runaways co-creator Stephanie Savage began an internship at Drew Barrymore's production company, Flower Films, back in the '90s, she had no way of knowing at the time how much it'd change the course of her career. But in the years since, Savage has let her time at the female-focused company inspire the projects she chooses and the people she hires, making sure to staff her shows with as many female writers and directors as possible.

Speaking over the phone, Savage tells Bustle that as an intern, she was impressed with how Barrymore, then in her early 20s, "was sick of sitting on the sidelines and waiting for good roles to be created for women." As a result, the star decided to develop material for herself and other actors instead, producing work ranging from Never Been Kissed to The Santa Clarita Diet. Today, Barrymore isn't the only female actor with her own production company; women including Kerry Washington, Reese Witherspoon, Ava DuVernay, and Sandra Bullock all lead their own.

But Flower Films was one of the very first, and Savage's time there, originally as an intern and later as an associate producer on 2003's Charlies Angels: Full Throttle, changed the way she approached projects going forward. Soon after leaving the company, she joined the writer's room on The O.C. In the years since, she's worked on, produced, and/or co-created many of your favorite female-focused TV shows, including The Carrie Diaries, Dynasty, Marvel's Runaways, and, perhaps most iconically, Gossip Girl.

Gossip Girl was influential in so many ways, including in how it embraced cell phones and social media. "Cecily von Ziegesar, who wrote the book series, was very prescient," says Savage now. "She was writing back in 2002 before really any of this stuff existed. It was before TMZ or Perez Hilton. Before Facebook. She actually was able to kind of imagine this goldfish world of everybody commenting on everybody else."

This was, of course, in large contrast to The O.C., whose first episode in 2003, saw "Ryan call Sandy on a payphone," Savage recalls with a laugh. "We did a lot of scenes with Seth popping over to Summer's house to knock on her bedroom door, which in reality would have been telephone calls."

Things drastically changed in the time leading up to Runaways, a Hulu series about teens with superpowers who discover their parents are villains. The Marvel comic source material was already groundbreaking in terms of representation, with the Runaways largely consisting of young women and LGBTQ characters. Under the lead of Savage and her creative partner Josh Schwartz, the show has expanded on this, with a racially and socioeconomically diverse cast of characters and storylines that touch on everything from anxiety disorders to gender identity.

"We put together a writer's room that reflected the characters," explains Savage of how this came to be. "That wasn't so much assigning characters to [writers], but just bringing a diverse perspective of experience, and making us feel supported. We can tell stories that felt specific to our characters and their communities in a way that was going to resonate with audiences."

That effort extended to the hiring of directors and crew members. "A pledge that I had made to myself is to always reach back and bring people with me," says Savage, noting how this year on Runaways, some episodes were written and/or directed by two of the show's female former assistants. Passing the torch and seeing those women take charge was a "great feeling," Savage adds, noting that she hopes to continue to "make sure that our behind-the-scenes people are as diverse as the people in front of the camera."

Female-led production companies or TV shows are still sadly not the norm in Hollywood, but by "reaching back" and making more opportunities for women and other marginalized groups, Savage is doing her part to enact real change.

More like this
On 'The Handmaid’s Tale,' Christine Ko Fights Back
By Gretchen Smail
Jinkx Monsoon Is About To Get Real Sketchy
By Sam Ramsden
The New Bachelor Will Be Announced Next Week & Here Are The Top Contenders
By Grace Wehniainen
Ramin Djawadi Is Living Out His Dreams
By Rebecca Long
Get Even More From Bustle — Sign Up For The Newsletter