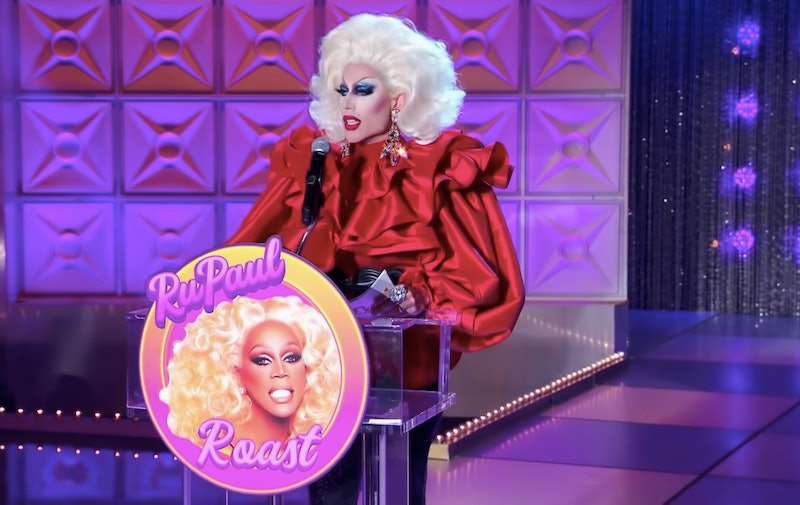 Given that Drag Race Season 12 was already airing and the next installment of All Stars is just a few short weeks away, RuPaul's Secret Celebrity Drag Race initially seemed like overkill. But its undeniable charm has since won fans over, which gives it a good chance at returning for Season 2.

In fact, fans have been loving the show so much that on the night of its premiere, VH1 recorded its highest-rated Friday night since December 2007, according to Deadline. "[Drag Race] does so well in its regular seasons, I think they've really expanded that for Celebrity Drag Race," Drag Race icon and Celebrity Drag Race mentor Nina West told PeopleTV. "And you get to see the heart and soul and the lifeblood of this show, which is really about connecting people to other people who might not be like them."

If the series does get picked up for a Season 2, it's safe to say that the celebrities involved would recommend the experience to their Hollywood friends. Schitt's Creek star Dustin Milligan, who transformed into Rachel McAdamsapple during Episode 3, tweeted that being on the show was "easily the best experience" of his life. And Matt Iseman was just awestruck by his — err, Betty Bordeaux's — beauty:

Plus, there are plenty of famous Drag Race superfans left to bring on the show — some of whom viewers hoped would appear in Season 1. For example, comedian Leslie Jones, who guest judged on Season 12 with unmatched enthusiasm, would probably be thrilled to return. She's even watching — and loving — Season 1.

There was also speculation that longtime fan and comedian Margaret Cho would be on Season 1, while Olympic skier Adam Rippon, who guest judged in Season 11, would definitely slay the runway.

Hopefully, they'll all get their chance to sissy that walk eventually.

More like this
Everything To Know About 'The Real Housewives Ultimate Girls Trip' Season 4
By Jake Viswanath
Andy Cohen Apologized To Larsa Pippen After A 'RHOM' Season 5 Reunion Dust-Up
By Brad Witter
Joey Essex Is Rumoured To Be Dating A 'Love Island' Favourite
By Sam Ramsden
'Love Island' Has Added Yet Another Bombshell To The Villa
By Bustle UK
Get Even More From Bustle — Sign Up For The Newsletter
From hair trends to relationship advice, our daily newsletter has everything you need to sound like a person who’s on TikTok, even if you aren’t.