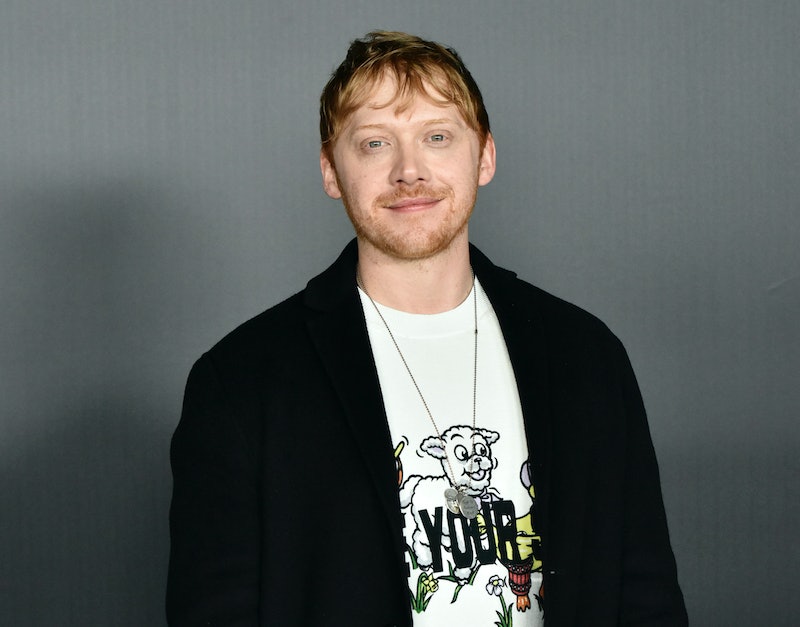 Following in the footsteps of Harry Potter co-stars Emma Watson and Daniel Radcliffe, Rupert Grint has also voiced his support for the trans community amid the recent J.K Rowling controversy. While the author has doubled down on transphobic tweets about sex and gender with a lengthy blog post, Grint released a statement to The Times in solidarity with trans fans. "I firmly stand with the trans community ...," stated the actor. "Trans women are women. Trans men are men. We should all be entitled to live with love and without judgment."

Grint's statement echoed sentiments shared by Emma Watson, who first responded to the backlash after Rowling took issue with the phrase ‘people who menstruate' via Twitter.

"I’m sure there used to be a word for those people. Someone help me out. Wumben? Wimpund? Woomud?," tweeted Rowling on June 6, before continuing on to discuss "erasing the concept of sex" in a series of tweets.

In response, Watson tweeted: "Trans people are who they say they are and deserve to live their lives without being constantly questioned or told they aren't who they say they are." Writing specifically to the trans community, she added, "I want my trans followers to know that I and so many other people around the world see you, respect you and love you for who you are."

Daniel Radcliffe, who of course played the starring role in the Harry Potter movie franchise, also issued a strong statement against her comments. In the post published by The Trevor Project, he wrote that he was "compelled" to respond to Rowling. "Transgender women are women. Any statement to the contrary erases the identity and dignity of transgender people..." he states.

Despite backlash from trans activists and Harry Potter stars alike, Rowling continued her anti-trans rhetoric in a blog post, which included the suggestion that allowing transgender women to use the women's restroom could result in assault. Rowling did not apologise for her comments, but instead asked for empathy as a woman whose “sole crime” is wanting her “concerns to be heard without receiving threats and abuse.”

More like this
Rupert Grint Just Shared A *Major* Update About Ron Weasley’s Future
By El Hunt
Stephen Graham & Steve McQueen Are Working On A Wartime Drama
By Darshita Goyal
Paul Rudd’s Secret To Eternal Youth Is Something You Can Try At Home
By Darshita Goyal
Channing Tatum “Nearly Killed” Salma Hayek During 'Magic Mike' Lap Dance
By Sam Ramsden
Get The Very Best Of Bustle/UK
Sign up for Bustle UK's twice-weekly newsletter, featuring the latest must-watch TV, moving personal stories, and expert advice on the hottest viral buys.