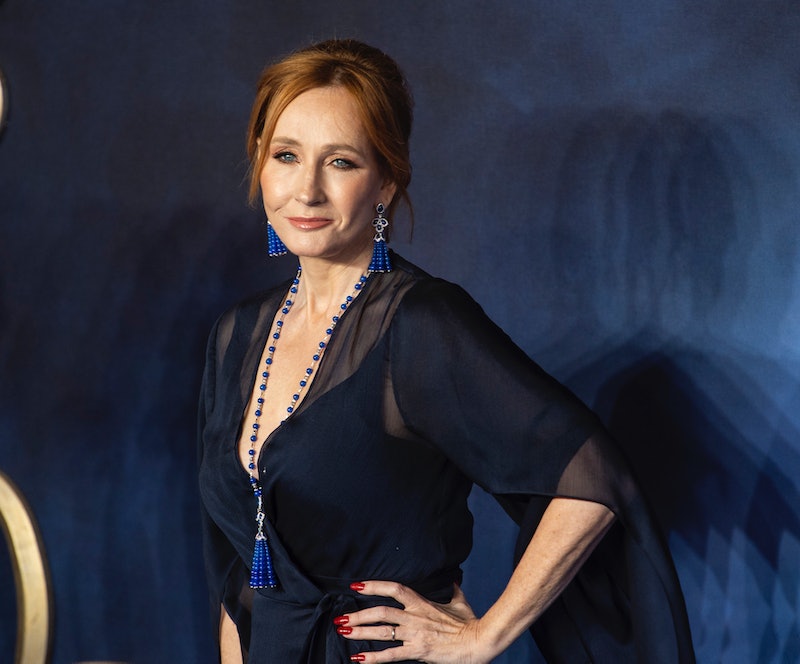 Following backlash over her transphobic tweets, J.K. Rowling released a lengthy new statement about her decision to speak out about sex and gender issues on her website. Rowling’s distressing white feminist manifesto, published on June 10, breaks down five reasons behind her concerns about the “new trans activism” that has since arisen. She did not apologize for any of her comments, but instead asked for empathy as a woman whose “sole crime” is wanting her “concerns to be heard without receiving threats and abuse.”

In her first two reasons for speaking out, Rowling wrote that her roles as a former educator and member of a charitable trust that supports female prisoners and survivors of abuse have been impacted by the new trans activism, since it’s “pushing to erode the legal definition of sex and replace it with gender.” In her third reason, she cited the importance of freedom of speech as an author whose books have been banned. And finally, in her last few reasons, Rowling recited anti-trans rhetoric that has been widely used before. In one passage, for example, she cited the controversial Lisa Littman, who coined the term "rapid-onset gender dysphoria" in a widely criticized 2018 study. Littman is famous for suggesting that teens were feeling "peer pressured" into wanting to change their gender.

Relegating trans activists to the same category as misogynistic men across the political spectrum and the incel movement, Rowling also cited her concern for the safety of "natal girls and women." Referencing the harmful idea that trans people are somehow inherently predatory, she continued, "When you throw open the doors of bathrooms and changing rooms to any man who believes or feels he’s a woman — and, as I’ve said, gender confirmation certificates may now be granted without any need for surgery or hormones — then you open the door to any and all men who wish to come inside. That is the simple truth."

This type of transphobic rhetoric has been rebuked by GLAAD and other organizations for years. (In a 2017 report on the "Myth of Bathroom Bills," GLAAD pointed out that allowing someone to use the bathroom of their gender identity does "not change the long-standing laws that make it illegal for anyone to enter a public restroom for the purpose of harassing or harming another person, or invading their privacy.")

Of course, many on Twitter condemned Rowling’s post. “Do NOT read #JKRowling's transphobia manifesto,” one user tweeted. “Every line is misinformation, fear mongering, misgendering, othering, ignorance, far right language/dog whistles, and pure hate. It's not just ugly. This is HATE.” Another wrote, “anyone with the power to unplug JK Rowling’s wifi router must act now. they must not hesitate.” And yet another user added, “I honestly don't even understand the logic of JK Rowling's argument. All I know is that it feels steeped in fear and hate and it makes me so so sad.”

The post comes after various Harry Potter stars denounced the author for her initial tweet that criticized the term “people who menstruate.” Katie Leung, capitalizing on the trending of “Cho Chang” after Rowling was called out for her treatment of marginalized characters, tweeted out various websites and donation pages for the Black trans community. Daniel Radcliffe released a statement through The Trevor Project, writing in part, “Transgender women are women. Any statement to the contrary erases the identity and dignity of transgender people and goes against all advice given by professional health care associations who have far more expertise on this subject matter than either Jo or I.” Evanna Lynch and Eddie Redmayne have also publicly stated their disagreement with Rowling.

Whatever Rowling hoped to achieved with her statement, it's clear she still has a long way to go in terms of comprehensive LGBTQ education.